You Stupid Boy
Home Freedom of Speech Speaking the truth 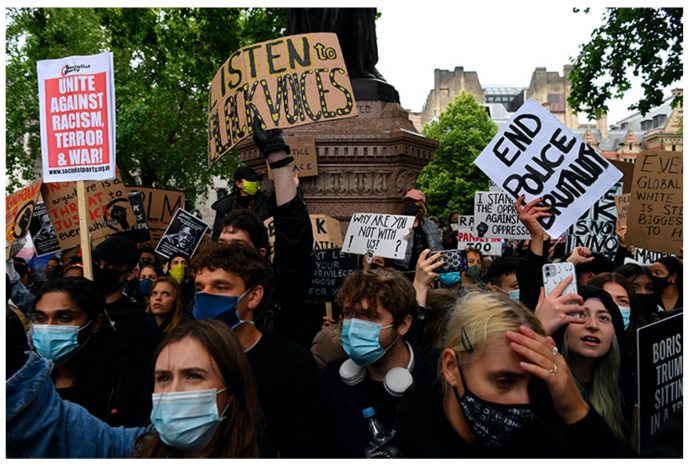 A teacher sent us this guide to teaching sixth formers about racism and inequality in the wake of George Floyd’s death and the Black Lives Matter protests and we thought it was so good we’ve decided to publish it. Teaching schoolchildren about these politically-charged issues in a balanced, fair-minded way is hard, not least because if you depart from the orthodoxies of the BLM movement you risk losing your job. To cite just one example, a headteacher at a school in Vermont called Tiffany Riley was removed from her job after she questioned some of the tactics of BLM activists on Facebook. Yet it is important to try nonetheless. Children should be encouraged to think critically about these issues and not succumb to group-think or, worse, publicly shame those who refuse to go along with the crowd. As the author of this guide says in the introduction, “Almost all politicians, journalists, academics and other public figures agree that racism is an evil that should have no place in our society, and that we must do everything we can to fight it. Yet there is also great disagreement about how to identify racism, the causes of inequalities between groups, and the right solutions for tackling racism.”

For any teachers drawn to these materials, but nervous about using them in their classrooms – perhaps because their school or college has enthusiastically endorsed the BLM movement – it’s worth remembering that schools have a legal duty to teach children about politics in a balanced way under the Education Act 1996. Section 406 prohibits “the promotion of partisan political views in the teaching of any subject in the school” and s.407 says that “where political issues are brought to the attention of pupils” they should be “offered a balanced presentation of opposing views”. There can be no doubt that the BLM movement and the views of its members are political. It is a self-professed Marxist organisation that, among other things, wants to dismantle capitalism. Its supporters believe that the police and the criminal justice system is systemically racist, that the UK owes its wealth to the slave trade and colonialism and that racism is by far the biggest cause of racial inequality in contemporary Britain. Those are perfectly legitimate points of view and a wealth of evidence can be marshalled in their support. But there is an equally legitimate alternative point of view which maintains that the criminal justice system isn’t racist, that the slave trade and colonialism made a negligible contribution to the UK’s economic success and that racism is a cause of racial inequality, but not the only cause and not the most significant one. Plenty of evidence can be marshalled to support that point of view, too. If teachers are going to broach these issues in the classroom, they have a legal duty to present both sides of the argument to children, not just echo the views of the protestors.

What we like about this guide is that the teacher who’s compiled it has clearly made an effort to be scrupulously fair-minded and to remain as neutral as possible in what must be the most heated debate of the moment, introducing children to the most articulate advocates on both sides. Of course, for some partisans, neutrality means you’re siding with the enemy – that if you refuse to endorse every jot and tittle of the BLM narrative you are complicit in the systemic racism that’s disfiguring the lives of black Britons. We reject that. We believe it’s possible to teach children about racism and racial inequality in a way that doesn’t affirm all the claims of the BLM movement and, at the same time, isn’t remotely racist. This is a complex subject and one we believe all good teachers who teach this subject have a duty to convey in a fair and balanced way – not just a legal duty, but a professional one too.

Previous articleAngry here as well?
Next articleHave Your Say