You Stupid Boy
Home Freedom of Speech Stir them up. 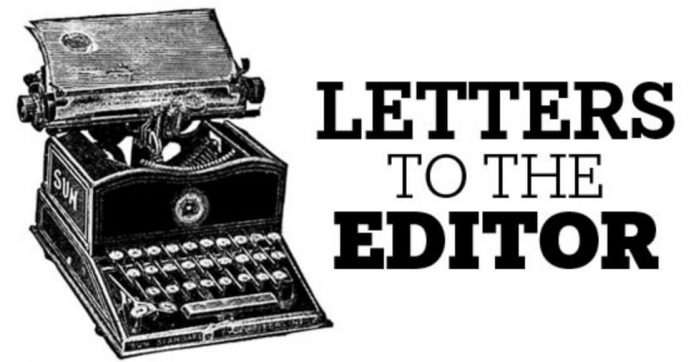 Cast a Line to an Editor!

by Tony Orman
Council of Outdoor Recreation Associations of NZ (CORANZ)
Letters to the editor are read by relevant departmental bureaucrats. Did you know government departments contract a clipping service to scan publications?
Therefore a letter to the editor is likely to – sooner or later – end up on the desk of a cabinet minister or department. If enough letters go in, it becomes a crisis. Several years ago, one Labour cabinet minister admitted a letter raised eye brows. Three letters furrowed the brow. Five or six letters was panic stations. That is why even a fishing magazine is worth writing to. It also alerts others to something you might know or think.
Then there are daily newspapers that go to the wider public. And of course social media is a growing and powerful medium.
Writing a “letter to the editor” is simple, plus it’s very effective in getting to the government and departments and to the general public who are often not aware.
The “general public”  comprises a large number of people.  For instance a paper of 150,000 copies printed, (e.g. Christchurch’s “The Press”) you can treble that to make a readership of about 450,000!
That is why I think it’s more important to put an issue out in the public arena than write to the Prime Minister or a cabinet minister. Why just talk to one person and not 450,000 as with a letter to the editor of a newspaper?
Okay write to the P.M. But also write to a paper. You see politicians will engage you one-to-one in a merry go round but they don’t like debate with public scrutiny.
Okay not every one of the 450,000 readers of a newspaper reads your letter. So halve it. That’s 225,000 – a pretty big audience eh?
Unfortunately not all letters get published in a newspaper depending on the editorial outlook. It must be realised an editor has the final unchallengeable right to not publish a letter. You just have to take that on the chin and keep trying another time or another paper.
Community papers if they have letters to the editor, may be worthwhile. Sadly a lot of glossy magazines in the fishing/hunting scene in NZ do not have letters to the editor.
There’s a few rules to help the chances of getting a letter published. Short letters are more likely to get read by readers before a long letter. Letters to editors especially in newspapers often have a limit e.g. 150 words or 200 words. Check the word limit for the particular newspaper.  A 50 word letter, sharp and succinct, will have bigger impact on readers and have a better chance of being published.
Keep things straight to the point. Don’t waffle. Editors prefer concise letters that refer to an article, editorial, or other letter that has been in. Write and submit your letter as quickly as possible, preferably the same day the article was published, so as to be published the next day or next issue.
Submit letters by e-mail whenever possible.
Your letter right at its start, should make a bold statement, e.g. “The NZ public’s rivers are under threat.” or “Clear-felling of pine forests by corporate companies is an environmental disaster..”
Be accurate and don’t make personal attacks – “don’t play the man, play the ball.” Keep to the issue not the person.
You must include your name, street address and phone number.
With newspapers don’t just stick to your area. Newspapers get read on-line. Provincial papers (e.g Waikato Times, Marlborough Express, Nelson Mail, Hawke Bay Today) often publish letters from outside their individual region and more so than big city papers such as “NZ Herald” or “Dominion/Post.”
Get that pen working. You should e mail letters in. If you haven’t a computer, get a friend with one to do it for you. Failing that, hand-write and post a letter to the editor.
Here’s some e mail addresses to help:-
New Zealand newspaper editors
Whangarei – Northern Advocate editor@northernadvocate.co.nzAuckland – New Zealand Herald letters@nzherald.co.nzHamilton – Waikato Times editor@waikatotimes.co.nzTauranga – Bay of Plenty Times editor@bopp.co.nzRotorua – Rotorua Daily Post editor@dailypost.co.nzGisborne – Gisborne Herald editorial@gisborneherald.co.nzHawkes Bay – Hawkes Bay Today editor@hbtoday.co.nzWanganui – Wanganui Chronicle letters@wanganuichronicle.co.nzNew Plymouth – Taranaki Daily News editor@tnl.co.nzPalmerston North – Manawatu Standard editor@msl.co.nzWairarapa – Wairarapa Times Age editorial@times-age.co.nzWellington – Dominion Post letters@dompost.co.nzMarlborough – Marlborough Express mailbox@marlexpress.co.nzNelson – Nelson Mail editor@nelsonmail.co.nzWestport – Westport News editorial@westportnews.co.nzGreymouth – Greymouth Evening Star editor@greystar.co.nzChristchurch – The Press letters@press.co.nzAshburton – The Ashburton Guardian enquiries@theguardian.co.nzTimaru – Timaru Herald editor@timaruherald.co.nzOamaru – Oamaru Mail news@oamarumail.co.nzDunedin – Otago Daily Times odt.editorial@alliedpress.co.nzInvercargill – Southland Times letters@stl.co.nz
And don’t forget the social media either-websites, facebook etc., Younger people are really into that in a big way!
Footnote: CORANZ stands for Council of Outdoor Recreation Assns of NZ – an umbrella organisation of national and regional outdoor recreational organisations..
Previous articleHave Your Say
Next articleHow Stupid Are They