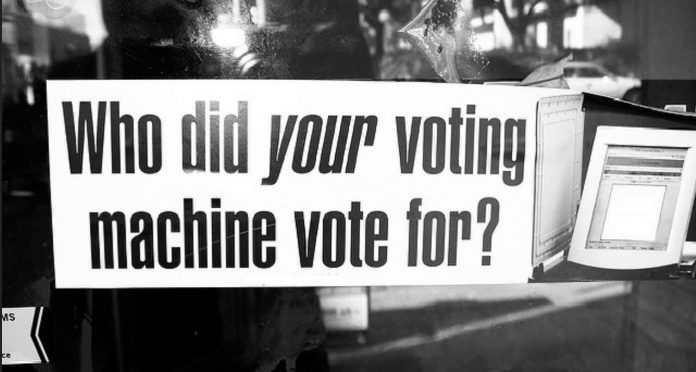 The real reason nothing came from all of the evidence of voter fraud: The truth can be the toughest pill to swallow when it exposes realities some people don’t want to face. 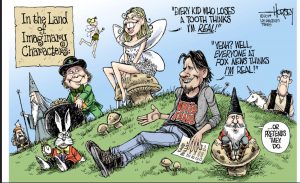 Ever since the election, I was exceedingly confident that President Trump would prevail in the end. Mountains of evidence of widespread voter fraud was available within a week after the election and only grew with every passing day. But invariably, it was ignored by mainstream media and suppressed by Big Tech.

This didn’t shake my confidence because I made a false assumption. Between the state legislatures and the judicial branch, I assumed there was enough support for exposing the facts to circumvent the propaganda and false narratives. My assumption was there were honorable people intermingled among The Swamp to make sure the truth not only came to light but resulted in action. Call me a fool, but I had no idea how pervasive The Swamp really is. It isn’t comprised of a handful of powerful people. It’s not just a majority of them. What we learned with this election is that The Swamp is represented by the vast majority of people in government.

“Representation” of The Swamp does not necessarily mean everyone is a direct part of it. Many are compliant with the edicts out of fear or for the sake of career advancement. These are the people who justify actions they know to be wrong by either throwing their hands up and saying they can’t stop it or because they have the delusional notion that the only way they can ever fix it is to work their way up. They play the game in hopes of someday changing the game… at least that’s what they’ve convinced themselves they can do.

Some are bullied. Others are outright blackmailed. But most who help The Swamp to rule in perpetuity do so simply because they’re weak. They’ve seen what happens to people who speak out. Political expediency overrules any notions of honor or righteousness. As the Pink Floyd song Wish You Were Here asks, “Did you exchange a walk-on part in the war for a lead role in a cage?”

But this isn’t a post-mortem on what may be the last full day of President Trump’s term. I’m still holding out hope for a miracle from God to correct this election, even as the clock ticks down. In case it doesn’t, I wanted to makes sure our readers know that the narrative was never a false one. We’re in the process of being gaslighted by media, Big Tech, Democrats, and even most Republican lawmakers into thinking the election was legitimate. It’s a powerful attempt to rewrite history before our eyes. Don’t back down. Don’t start questioning what you know in your heart and mind. This election was stolen, period.

How can this nation move forward knowing nefarious forces have more control than We the People? With the progressive policies of Joe Biden and the Democrats on the verge of becoming realities, the scariest part for many of us is knowing that we do not have a voice. If we did, Biden would not be president, the Senate would be controlled by the GOP, and even the House may have been flipped. But there’s a silver lining. Had all of these things happened, many would never have become aware of what we now know to be true. The GOP is, at best, a slightly less offensive alternative to the Democrats. There are as many if not more Republicans representing The Swamp than there are Democrats.

We have a daunting task moving forward. Is the system broken? Yes. Is the GOP able to fix it? No. It would appear there is nobody to turn to, right? Wrong. We have to turn to ourselves. Nobody’s going to save us. America was intended to be a nation governed by the people through representatives of our constitutional republic. We’ve grown complacent over the decades and reliant on “leaders” to fix things. This election is a wake-up call.

The reason it’s important to counter the gaslighting about election fraud is because the propaganda is so strong, we’re already witnessing people doubt what they saw. This is key for The Swamp. They must make us question our own reality for us to become compliant with their decrees. They have suppressed the truth and they will continue to suppress the truth until enough of us stand up and demand that the truth comes to light.

If Joe Biden is, indeed, inaugurated tomorrow, the fight to expose voter fraud must continue. This isn’t about vindication. It isn’t even about reversing the travesty and usurping a Biden administration. It’s about protecting the sanctity of this nation by not allowing it to be ruled by lies. They’ve had a taste of victory in pulling off the biggest con job in the history of this nation. We cannot allow them to think this is the status quo. If they do, they will continue to expand their lies and thereby expand their control over the people.

It’s a sad testament to the state of our nation that sharing this article will likely result in deplatforming. Big Tech will “fact-check” it with liars and scoundrels. But the truth must be preserved despite their attempts to suppress it. 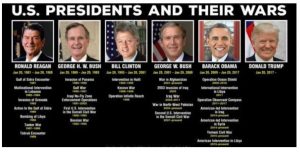 Weird how the “peace movement” never came out in support of President Trump, huh?

Previous articleBe Very Afraid of Lefties
Next articleHave Your Say