Conservatives Must Now Draw A Line In The Sand And Stop The “Great Reset”.

With Trump in office, a lot of liberty minded people became a little too comfortable, to the point that they were inactive. They actually believed the system could be repaired and corruption ended from within, and without much effort on our part beyond our votes. Trump made many conservatives lazy.

Then there was the Q-anon-sense floating around on the web which also misled some freedom activists into thinking that people much higher placed or “smarter” than us were fighting the good fight behind the scenes and that the globalists would be swept up in a grand 4D chess maneuver. This was a fantasy; it was never going to happen. Finally, everyone knows this and we can get on with the business of fighting the real battles ahead.

The last four years plus the election of 2020 have revealed that political solutions are out the window. A lot of conservatives should have known better, but maybe it takes a perceived disaster to shock some people out of their waking dreams. Elections, voting, potential third parties; it’s all Kabuki theater. It’s all a facade to keep us docile and under control. .. 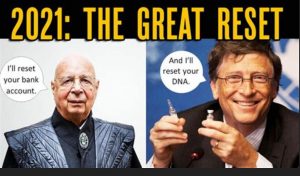 Biden himself is not all that important; he is nothing more than a foil for bigger events and a proxy for more nefarious people. His presence signals that the “Great Reset” agenda is fully greenlit. This agenda has a pretty obvious set of goals, many of them openly admitted to by the World Economic Forum, and some of them strongly implied by the extreme political left and the media. They include:

1) Perpetual pandemic lockdowns and economic controls until the population submits to medical tyranny.

2) Medical passports and contact tracing as a part of everyday life.

3) The censorship and de-platforming of all voices that oppose the agenda.

5) Greatly increased poverty and the loss of private property.

6) The introduction of “Universal Basic Income” in which the government becomes the all-powerful welfare provider and nursemaid for a generation of dependent and desperate people.

7) A cashless society and digital currency system where privacy in trade is completely erased.

8) creation of a “shared economy” in which no one will own anything and independent production is outlawed.

9) The deletion of national borders and the end of sovereignty and self-determination.

10) The centralization of global political power into the hands of a select few elitists.

Now, you would think that most sensible people would be opposed to such a dystopian agenda. … Unless you are a psychopath that gets a vicarious thrill from the brutal oppression of millions of people, or you are a globalist that stands to gain immense power, there is nothing about the Reset that benefits you.

That said, there will still be millions of useful idiots that support totalitarian policies, and they will act to enforce them. Some of them will be convinced that they are serving the “greater good”, and others will think that they can “earn a place at the table” if they lick the boots of tyrants long enough. Bottom line? It’s not just the globalists we need to worry about, it is also the contingent of zombies they have duped or bribed into serving the Reset.