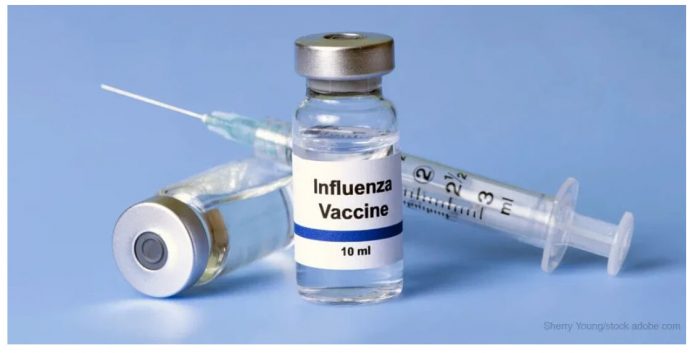 Researchers who tracked national data on influenza vaccination rates and mortality in elderly people from 1968 through 2001 say they could find no evidence that flu shots reduced death rates.

A number of previous studies have suggested that flu shots could reduce the number of community-living elderly people who die in winter by as much as 50%, according to the report by Lone Simonsen, PhD, of the National Institutes of Health (NIH), and colleagues from NIH and other organizations.

But the authors say they could find no evidence that increasing flu vaccination coverage among people 65 and older lowered mortality rates. Further, they concluded that the number of flu-related deaths in the elderly from 1968 through 2001 was never more than 10% of all winter deaths, suggesting that flu immunization could have only a relatively small effect on total death rates.

“We conclude . . . that there are not enough influenza-related deaths to support the conclusion that vaccination can reduce total winter mortality among the US elderly population by as much as half,” states the article, published yesterday in Archives of Internal Medicine.

The Centers for Disease Control and Prevention (CDC) recommends flu shots for everyone aged 50 and older, as well as young children, pregnant women, people with chronic health problems, healthcare workers, and people caring for small babies. (Because of the vaccine supply problems this season, the agency has advised healthy people in the 50-to-64 age-group to forgo the shots, though that restriction has been dropped in some areas.)

The researchers gathered data on flu vaccination rates, deaths attributed to pneumonia and influenza (P&I), and total deaths in winter (December through March) among elderly people from 1968 through 2001. They used a statistical model to estimate the number of “excess” all-cause deaths each winter, which they define as the fraction of all winter deaths attributable to influenza. (Simonsen and others published an analysis last year suggesting that flu is the “primary determinant” of the increased death rate in winter in the United States.)

The authors looked separately at the data for the 19 years when influenza A(H3N2) viruses predominated and the 14 years when A(H1N1) and B viruses were dominant. They report that vaccination coverage for the elderly increased from 16% in 1972-73 to 65% in 2001, with most of the increase occurring after 1980.

In looking at the data for elderly of all ages in H3N2-dominated seasons, the authors found that excess P&I deaths decreased until 1980 but then stayed about the same. In seasons dominated by H1N1 and B viruses, both P&I deaths and excess all-cause deaths stayed the same or increased slightly over the study period.

The researchers also examined the data by 5-year age-groups. For people aged 65 to 74 years, excess mortality rates in A(H3N2)-dominated seasons fell between 1968 and the early 1980s but leveled off after that. The authors attribute the pre-1980 drop in mortality to the development of immunity to the H3N2 virus, which emerged in the pandemic of 1968-69.

For people older than 84, excess mortality in H3N2 seasons tended to increase over time. Findings for 75- to 84-year-olds were intermediate between those for the younger and older age-groups.

The article says it is “widely believed” that immunization reduces flu-related mortality by 70% to 80%. If that is true, “then the 50-percentage-point increase in vaccination coverage among the elderly after 1980 should have reduced both excess P&I and excess all-cause mortality by about 35% to 40%. We found no evidence to indicate that such a reduction had occurred . . . in any elderly age-group.“

The conflict between these findings and various observational studies may be explainable in part by underlying differences between vaccinated and unvaccinated groups in the latter studies, the authors suggest. For example, elderly people who are very sick in the fall, and thus are likely to die in the ensuing winter, are less likely to receive flu shots than healthy elderly people are.

Still, the authors conclude, “This vast disconnect between conclusions from different studies must be sorted out.“

The CDC, for its part, says the Simonsen study is not likely to prompt a change in the recommendation that elderly people get flu shots.

“CDC still highly recommends flu vaccination for the elderly,” spokeswoman Bonnie Hebert told CIDRAP News. She said the study is an “ecologic” study that looked at nationwide trends over time but did not directly compare the illness and mortality rates of vaccinated and unvaccinated elderly people.

Hebert said the CDC may “look at studying a different vaccine for the elderly and more use of medicines,” such as antiviral drugs. For example, intradmeral vaccination—injecting vaccine just under the skin surface instead of into muscle—is “something possibly to take a look at,” she said. Two studies published last fall suggested that intradermal vaccination with less vaccine may induce the same level of immunity as intramuscular vaccination.

Kris Ehresmann, immunization program director at the Minnesota Department of Health (MDH) in Minneapolis, generally echoed Hebert’s thoughts on the study. “At this point, a single study of this type and methodology is not enough to say we’ll stop vaccinating people 65 and older,” she said.

The MDH and CDC “are continuing to say vaccination is still the best way to prevent influenza,” Ehresmann said. “I think this study suggests there are more things we need to be doing,” such as putting more emphasis on vaccination of caregivers of elderly people and on the use of antiviral drugs, and perhaps even moving to universal vaccination, she added.