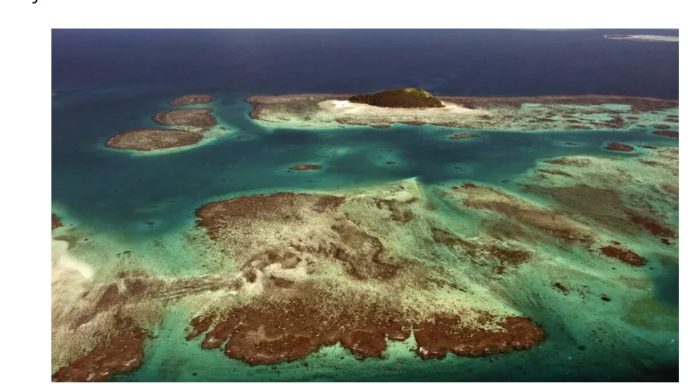 South of New Zealand in the Tasman Sea is a stretch of stormy ocean where the waves regularly swell 20 feet (6 meters) or more and the winds blow at 30 mph (48 km/h) on a good day. Deep below these stormy seas, Earth is unquiet, too. This region is home to the Puysegur Trench, site of one of the youngest subduction zones on the planet.

Here, the Australian plate is shoved under the Pacific plate, creating frequent large earthquakes, including a 7.2-magnitude quake in 2004. Now, new research reveals how this baby subduction zone came to be: Over millions of years, a bit of the “hidden” continent of Zealandia on the boundary between the Australian and Pacific plates, got stretched and shifted in a way that led to the denser oceanic crust to slam into — and under — it.

This finding that positioning different types of crust against one another at a preexisting plate boundary leads to subduction may help to explain how other new subduction zones around the world form.

“Subduction zones are one of the most important, if not the most important, plate boundaries,” said study lead author Brandon Shuck, a doctoral candidate at The University of Texas at Austin. “They’re really the main drivers of plate tectonics, so they’re the primary reason why the plates on Earth actually move. And also they’re very destructive plate boundaries. …We don’t really understand well how they start out and how they form in the first place.”

Research In The ‘Furious Forties’

Subduction zone formation is mysterious because subduction zones are, by nature, destructive. When a plate of oceanic crust dives under continental crust, the rocks at the surface twist, break, and deform. The oceanic slab, meanwhile, churns into the mantle, where it’s melted beyond recognition. This leaves little geological history behind to study.

The subduction zone in the Puysegur margin is young enough that this history has not yet been erased. That makes it an ideal spot to answer the question of how subduction zones form in the first place, Shuck told Live Science. There’s not yet any good explanation of how tectonic plates break open and start subducting.

Studying the Puysegur margin is no easy feat, though, because it’s in the “Roaring Forties,” the latitudes between 40 degrees south and 50 degrees south where the winds and currents are brutal. Scientists aboard the research vessel Marcus Langseth set out to this region in 2018 as part of the South Island Subduction Initiation Experiment. It was a challenging trip, Shuck said. The crew had to spend almost a quarter of the time sheltering behind islands to avoid gales.

“Our boat was rolling side to side by like 20 degrees at one point,” Shuck said. “It was a mess.”

In spite of the weather, the researchers were able to deploy seafloor seismometers and to take seismic surveys of the subsurface, a method that uses reflected sound waves to see underground structures. 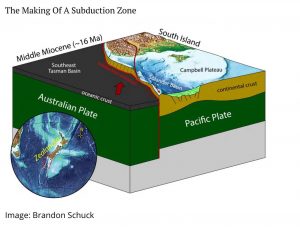 The new data allowed the researchers to put together a history of the young subduction zone, which Shuck presented at the virtual meeting of the Seismological Society of America on April 22, the same day the study was published in the journal Tectonics. It all started about 45 million years ago when a new plate boundary between the Australian and Pacific plates began to form because of a force called extension — basically, tectonic forces pulled the two plates apart like putty.

The oceanic crust at the plate boundary responded to this extension predictably: As the crust thin, magma from the mantle pushed up through fractures, hardening into new rock. This process is called seafloor spreading, and it’s how new oceanic crust forms. 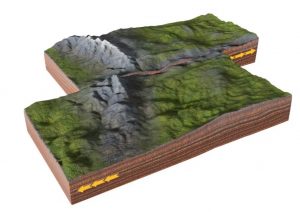 Likely little of interest would have happened, if not for another tectonic shift 25 million years ago.

The researchers will return to pick up the instruments and their data in November 2021, as long as the weather allows. If the Puysegur margin is in the “Roaring Forties,” Macquarie Ridge is in the “Furious 50s.” The research ship encountered 68 mph (109 km/h) winds while trying to deploy the instruments and spent 38 percent of the mission in such bad weather that scientists aboard couldn’t do anything but shelter in place and wait.

Nevertheless, they are hopeful that the new ocean-bottom seismometers (OBS) will open their eyes to what’s going on beneath the ridge. Right now, the researchers know there are large quakes originating in the region, but they don’t know much about how deep in the crust they are, what kind of faults they occur on or what kind of tsunami risks they pose to coastal areas in Australia.

“The OBS data will also allow us to image the subsurface beneath-the-plate boundary for the first time using different seismic imaging techniques,” Eakin told Live Science. “Currently, most of our observations tell us about what is happening at the surface or near-surface, but we have no idea what is happening beneath the surface of the plate boundary in the Macquarie Ridge region.”