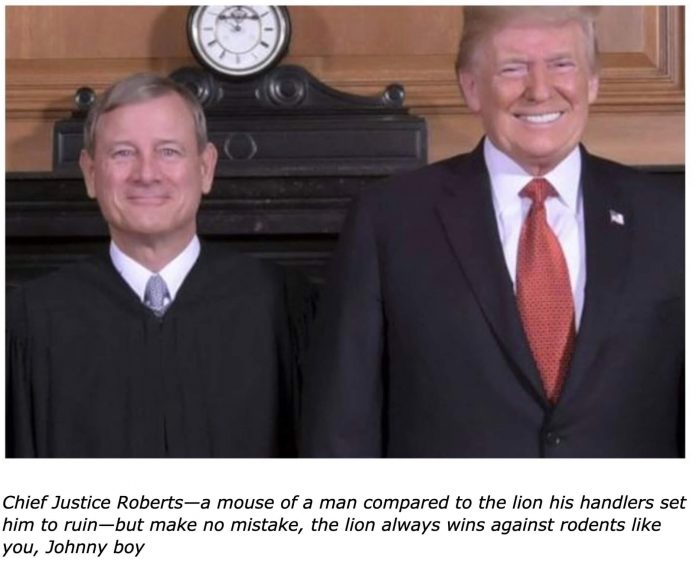 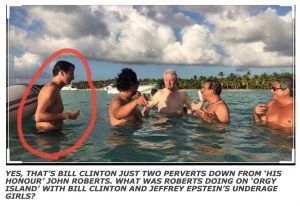 We did not know precisely how the CIA, DNI, FBI scumbags—John Brennan, James Clapper, and Jim Comey, respectively—planned to use their illegal gathering of dirt, but that it has now happened is beyond dispute.

Chief Justice Roberts has sided with the Globalist CCP interests over his own nation and people at every opportunity since Trump took office—and extortion
is the only reasonable explanation.

But now it’s war, so we’re going all the way on who and what this human garbage has in their closets

John Roberts is compromised to the point he must be removed and replaced.  Congress has the authority under Article I to remove judges for High Crimes & Misdemeanours.

This hapless hack of a Court—with the notable exceptions of Justice Clarence Thomas and Justice Samuel Alito—dismissed the most cogent and valid suit to cure this election fraud ever filed in the history of the Republic.

It was put forth by the State of Texas and joined by 20 other Sovereign States—but unceremoniously shot down Friday past, leaving any who have read the Constitution with dropped jaw.

To tell a State that it has no ‘standing’ before the Court those States created for precisely such issues is like a child telling his Mom to mind her own damn business and leave him alone.

It can be done—but not without consequence. 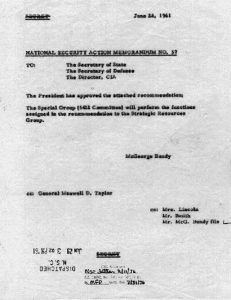 NSAM 57, issued by President John F. Kennedy in 1961 cost him his life—now activated by Trump to take down the CIA—which is suspected of killing Kennedy

This is a blood bath and it is just the preface to what is soon to come.

Friday’s dismissal by the Supreme Court of the Texas case has opened what may be the only door for President Trump to fulfil his oath of office.

He has no alternative with a corrupt outlaw Legislative Branch, more traitors than patriots in his own National Security Council and Executive Branch, and a judiciary that ‘gets it wrong’ 82% of the time.

That’s right. No other ‘profession’ gets it wrong more often than America’s judges and prosecutors and gets to keep their jobs–but that’s only because they are protected from consequence for errors, even when intentional.

In a study of 23 years of capital cases—where the outcome was death—a Columbia Law School study compiling the courts’ own reviews found 73% overturn rate due to court and prosecutorial lawlessness and 9% innocent when put to the hazard.

Yes.  It’s not revenge we’re after.  It’s a Reckoning

Invoking the Insurrection Act, NSAM 57, and Martial Law is the only way now that the courts have proven themselves feckless

Traitors jailed and punished—by rope would save time and money. No more coddling and enriching of those who commit treason against the USA.

Seizure of all CCP and Iranian assets as co-conspirators of the election fraud with the Democrat Party’s CIA, and a cut off of all assistance and relations with Pakistan for aiding and abetting them—would also be a good start.

The surprising number of legislators, Federal Officers and employees, State Officials and employees, media operatives and social media enablers of the nation’s enemies should be rounded up for treason, tried, punished and refused any benefits of government for life.

Then, an independent Military Tribunal must assess rulings and actions of all federal judges and prosecutors to see if they comport to the U.S. Constitution and their oaths of office (Hint—they do not).

Sidney Powell certainly knows a thing or two about corrupt judges and prosecutors, having literally written the book (Licensed to Lie).

The 83% or more federal judges, agents and prosecutors who don’t follow the law, should be put out to pasture without benefits or access to public services and/or charged under 18 USC §§ 241/242 to be imprisoned for violation of civil rights under colour of law.

In a weekend interview with Lou Dobbs—perhaps the last un-compromised show remaining on FOX News—Sidney Powell laid down the law. 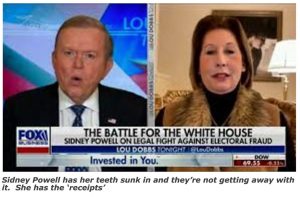 “They designed and developed the Smartmatic and Dominion programs and machines that included a controller module that allows people to log in and manipulate the vote even as it’s happening,” said Powell.

“We’re finding more and more evidence of this.  We now have reams and reams of actual documents from Smartmatic and Dominion including evidence that they planned and executed all of this.”

So how do we know who was part of the attempted overthrow?

As we said, Sidney has the receipts, and even named the four men behind the system’s design and deployment to hack America’s election on behalf of the Soros/Marxist Democrats before it happened:

Next, Sidney watched the fraud live in the White House ‘SCIF’ ( Sensitive Compartmented Information Facility) on election night with the president, as the votes were remotely ‘switched’ deleted and added by third parties—and domestic enemies at local election offices.

Feeds from servers were traced to China, Iran, Spain, Germany, Canada and Pakistan—and three of those were CIA locations and equipment, implicating that organisation in the election fraud with Obama Democrats. 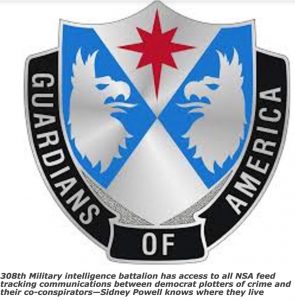 Lt. General McInerney and Sidney Powell disclosed on Steve Bannon’s War Room, that they have all information packets in and out of those servers via military intel’s Kraken program, allowing them to identify the traitors.

They have the NSA sweep of all communications between the traitors

All the Supreme Court had to do was its job and this could have been avoided, but now—it will be a military operation beginning any time between tonight and January 5th, 2021.

I cannot believe that I am saying this as a hard-core libertarian—but under this President—it will be a good thing.

In 3,500 years, they will still be writing about Donald Trump saving Western Civilisation just as they are still talking about King David saving Israel.

Neither were perfect men—but neither were cowards when it came to doing God’s work either.

Yesterday was actually a pretty big day in the world of digital advertising. Apple released its latest iOS 14.5 operating system for all iPhones around...
Read more
Leftie Stupidity