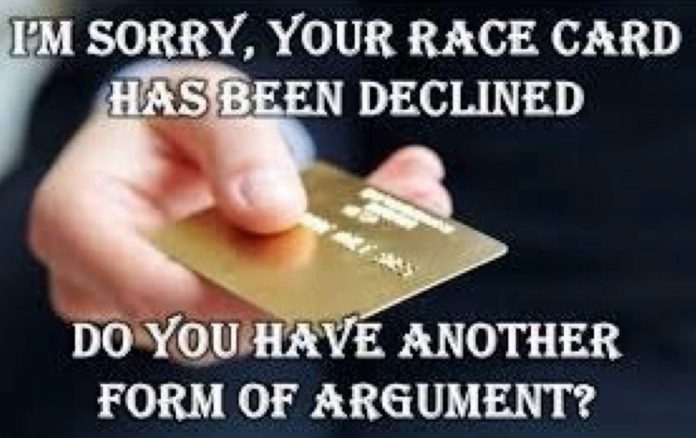 The funny thing about the word “systemic” is that it more often than not has no referent—that is, it often refers to nothing concrete or observable, but is essentially an expression of unverifiable belief or, in the case of assumed racism or “critical race theory,” a “social justice” delusion. There are systemic realities, of course, but racism in the U.S.—or in my country, Canada—is not one of them. 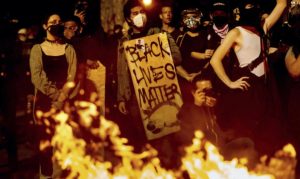 When noted black writer, lawyer, and columnist Larry Elder challenged his interviewer Dave Rubin, who assumed the existence of that evanescent something called “systemic racism,” Rubin was unable to come up with a single example of this apparent social evil. There are, of course, empirical examples of racism against blacks, but also against browns, reds, whites, and everything in between. This is a human reality that cannot be expunged—though it can be mitigated. However, despite the spread of BLM riots and protests across the country, there is nothing systemically racist about the United States.

As I have pointed out elsewhere, America has become one of the most racially tolerant nations in the world. A country in which blacks are materially represented in the national community as actors, sports figures, journalists, broadcasters, police chiefs, surgeons, notable scholars, academics, poets, novelists, university presidents, corporate executives, municipal mayors, state governors, members of Congress and Supreme Court justices, including a black president, two black attorneys general and two black White House chiefs of staff, is not a racist country. The notion of “systemic racism” is a powerful revolutionary motivator, a handy slogan bandied about by race baiters and “social justice” agitators, but it is nothing less than a monumental canard. There is no such thing.

Canada, too, has experienced a surge of BLM demonstrations, which is curious since signs of racial discord and prejudice are effectively non-existent. I live in a profoundly multicultural city, in which the proportion of white inhabitants of European descent has been diluted by massive immigration, primarily Chinese and Sikh, with a smaller component of blacks, Filipinos, and others, amounting to over 40 percent of the census. With the Communist Chinese takeover of Hong Kong, the proportion will continue to swell significantly. Nonetheless, I have not noticed even the slightest degree of racial tension or social bigotry. My neighbor is black. My car mechanic is Sikh. My barber is Vietnamese. Our baker is Mexican. The counter people at the local grocery hail from practically everywhere on the planet: Africa, India, Iran, China, the Philippines, the U.S., and obviously, enchoric Canada as well. Mixed marriages are extremely common. And lo and behold, we all seem to get along reasonably well. This was, mutatis mutandis, my experience in other Canadian cities as well.

Hand in hand with BLM and, of course, antifa, the leftist insurgent class has also turned against law enforcement, castigating the nation’s police force as racist, bigoted, and constitutively anti-black. I have had my run-ins with the cops and was twice arrested on false pretexts—once for defending myself in a street fight and once for suspicious loitering, that is, walking aimlessly around at midnight. Spending 36 hours in a holding cell with a group of rather unsavory and violent characters was, I must confess, an interesting experience. Later the arresting officer told me he was just having a little fun. But generally, my encounters with the police have been cordial, possibly because I never caused trouble. Every semester for many years I taught a class of Police Tech students and found them to be polite, studious, and dedicated to their calling. Are there bad apples on the force? Certainly, as in every human population, but the orchard is healthy. It is a grave mistake to defund the police; rather, we should refund the police. Indeed, we should increase the budget.

The fact has to be honestly faced that a number of blacks killed by police and raised to the rank of culture heroes were not model citizens but violent men guilty of multiple felonies as well as aggressively resisting arrest. They are neither to be lionized nor emulated, a caveat that pertains to members of any race who run afoul of the law. It is socially forbidden to mention this truth. I myself have been branded as “failing to understand systemic racism” for pointing this out and for defending our men in blue, costing me publishing opportunities in my own country. It is, apparently, a social transgression to speak about those police officers who have been falsely accused, doxed, defamed, and who—white, black, Hispanic, Chinese—have been shot while on duty and ambushed in their patrol cars. It is a social depravity to point out, as has Larry Elder, with the stats to back him up, that “whites are more likely to be killed by cops than a black person” or that 75 percent of violence perpetrated on blacks is black on black.

In the last analysis, “systemic racism” is neither systemic nor racist. As Elder said, “It’s complete and total BS.” Black intellectuals of double or triple standard deviation intelligence on the right side of the Bell Curve, like Thomas Sowell, Shelby Steele, and Elder himself, are fully cognizant of the political casuistry and malignant forces that lie behind the sophistry of “systemic racism.” In White Guilt, Steele writes that he opted for a political and moral culture “grounded in principle and values…as the road to black advancement” rather than embrace the lie that “continuing racism justified sparing blacks the rigors of principle.” He explains: “The litmus test for being black required one to accept racial victimization not as an occasional event in one’s life but as an ongoing identity…with no real purpose beyond the manipulation of white guilt…All dissent became heresy, punishable by excommunication.”

Basing one’s identity not on individual moral, intellectual, and affective qualities in oneself but on the ricochet defamation of the “other,” in this case the white race, is, pardon, the pun, a cop-out. It leads not only to gratuitous violence but to the porcine antics of a race embarrassment like Ashleigh Shackleford, who considers whites as “sub-human demons.” Shackleford is merely reprising the architect of the NYT’s “1619 Project,” Nikole Hannah-Jones, who regards the white race as “savages” and “bloodsuckers.” Here we have the essence of critical race theory, which seeks to dismantle the American economy and political system and abolish the Judeo-Christian tradition on which the West is founded. Robin DiAngelo’s influential book White Fragility, whose core thesis is the circular argument that the denial of white guilt is a sign of white guilt, is merely a more sophisticated version of this turgid nonsense. “Systemic racism” is taken as a fact fundamentally corroborated not by dispositive evidence but by the very act of its denial.

Sowell, for his part, is characteristically blunt, telling Mark Levin in an interview that the idea of systemic racism “really has no meaning that can be specified and tested in the way that one tests hypotheses…It does remind me of the propaganda tactics of Joseph Goebbels during the age of the Nazis. It’s one of many words that I don’t think even the people who use it have any clear idea what they’re saying.”

The problem is not systemic racism. The problem is the breakdown of the family, kids without dads, and Democratic Party dependency, compounded by mob justice, self-righteous virtue-signaling, and “systemic” envy and resentment of the productive and industrious classes that enable a nation to prosper. The problem is, as Sowell writes, that “You cannot take any people, of any color, and exempt them from the requirements of civilization—including work, behavioral standards, personal responsibility and all the other basic things that the clever intelligentsia disdain—without ruinous consequences to them and to society at large…Behavior matters and facts matter” (italics mine). One must deal with the truth if there is to be any hope of a meaningful future. As Elder reminds us in Double Standards: The Selective Outrage of the Left, “The ‘Hands Up, Don’t Shoot’ ‘movement’ is neither truthful nor hopeful.” The same applies to the epithet “systemic racism.”

The phrase is on the one hand a politically-correct and ingratiating semaphore of social virtue claimed by the moral pariahs of the day, those who shamelessly flatter and cajole to maintain their status and pursue their advantage. More importantly, it is a rallying cry and a weapon wielded by those with a revolutionary agenda, namely, to foment civil disorder and hold law-abiding citizens hostage to a coercive and repressive rogue regime in which a founding Constitution or Charter no longer applies.

If anything can be said to be “systemic,” it is the ubiquitous tendency to lie and deceive for purposes that are both dishonourable and destructive.

Visualizing The World’s Deadliest Pandemics By Population Impact  Elijah Cohen Humanity has been battling against disease for centuries. And while most contagious outbreaks have never reached full-blown pandemic status, Visual...
Read more
Uncategorised

The Dark Side of Clean Energy and Digital Technologies by Guillaume Pitron, review — our dirty future When Donald Trump offered to buy Greenland from Denmark...
Read more

The Most “Vaxxed” Countries Have Highest Incidence Of Chinese Virus By Peter Koenig and Zero Hedge There is now statistical evidence that the higher the rate of mRNA-inoculations in a country,...
Read more

Imperfect Climate Scientists Posted oby Ron Clutz There’s a problem with writing about science — any science — which is that scientists are human like the rest of us....
Read more

Daily COVID Deaths in Sweden Hit Zero, as Other Nations Brace for More Lockdowns Sweden isn't in the news much these days. There's a reason...
Read more