Taking Snitching To The Next Level 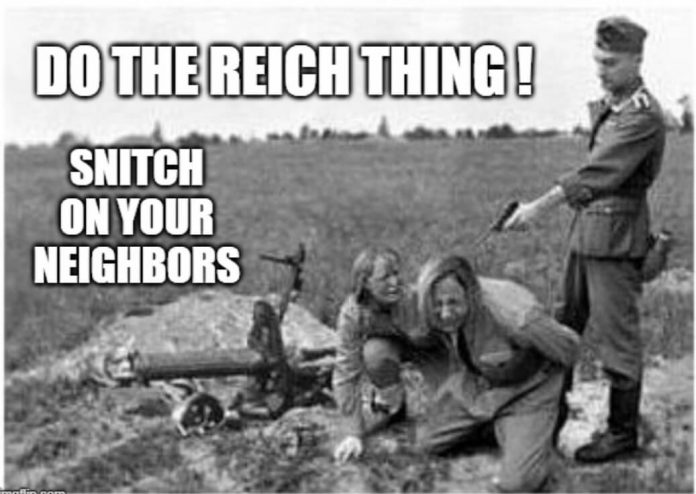 Israel’s parliament passed a law Wednesday allowing the government to share, with other authorities, the identities of people who have not had the covid vaccine.

The measure which passed with 30 votes for and 13 against, allows local governments, the director general of the education ministry and some in the welfare ministry, the right to receive the names, addresses and telephone numbers of citizens who are not vaccinated against covid..

Netanyahu’s Likud party defended the law as purely a means to promote vaccination. The measure is aimed at enabling those bodies to “encourage people to vaccinate by personally addressing them”, according to a parliament statement. 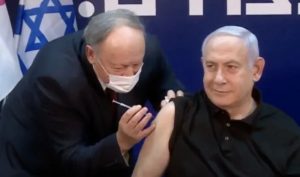 However, the move has drawn backlash from critics who raise privacy concerns for those opting out of inoculation.

Haaretz reports: when what’s at stake is an important and vulnerable right like privacy, which is already being eroded, it’s essential to ensure not just that the proposal would be effective, but also that there is no equally effective way that would infringe less on people’s rights, and that the benefit expected from the proposal outweighs the damage to privacy. This assessment must be made intelligently rather than in an atmosphere of hysteria.

The fact that the vast majority of the people likely to be at high risk from the coronavirus (the elderly and people with preexisting medical conditions) have already been vaccinated (or are in the process of doing so) – and this fact is to Netanyahu’s credit, since he played a role in it – enables Israel to act in a considered fashion.

Moreover, we’ve already learned to be wary of Netanyahu’s flashes of genius with regard to privacy, like the Shin Bet security service’s cellphone tracking. This tracking, aside from severely infringing on our privacy, has proven ineffective at identifying coronavirus patients, yet it has also proven hard to get rid of.

In fact, governments rarely go one step forward and one step back when they start riding roughshod over constitutional rights. Not only is it very hard for the right in question to regain the ground it has lost, but even worse, each such retreat paves the way for additional infringement on that right, since it no longer enjoys its former status, having already been weakened.

Previous articleHave Your Say
Next articleNot All Scientists Agree

Scientists Admit Covering Up Lab Leak Theory to Avoid Being ‘Associated’ with Trump By way of an unforgivable (but very revealing) act of silence, several...
Read more
Chinese Virus