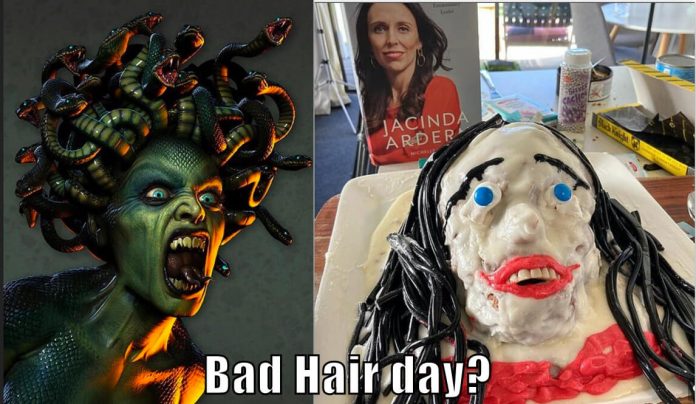 Australians Love Jacinda, They’re Just Not Sure Why

In an attempt to understand why so many Australians gush and fawn over New Zealand Prime Minister Jacinda Ardern as if she’s some kind of demigod, The Waterton Chronicle has asked a group of self-described “Jacinda lovers” to outline what it is they love about the Supreme Leader of New Zealand.

When pressed by this reporter, Lynn said “If you even have to ask, you’re too stupid to understand.”.

Colin (45) from South Yarra explained that “she’s a woman, with a baby, and she hugs people. What more could you want in a prime minister?”

Marjorie (63) from Bendigo said “she’s a lot better than that Morrision man. She’s not a man, for a start. And she stopped the volcano, and you didn’t see the bushfires spreading all over New Zealand did you?! And now she’s stopped coronavirus too! She has magical powers.”.

Adding to Lynn from Brunswick’s sentiment, Gillian (23) from Frankston said “have you been living under a rock or something? She’s amazing! Scomo bad! When did you ever see him wearing a hijab and hugging random strangers?”.