You Stupid Boy
Home NZ Politics Taxpayer To Front Up Yet Again?

Taxpayer To Front Up Yet Again? 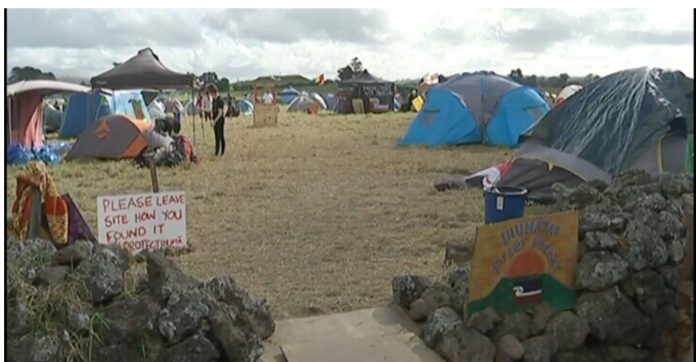 The Ihumātao land dispute could be drawing to a close, with discussions underway for Auckland Council to step in.

RNZreports the Crown is considering loaning money to the council so it can afford to purchase the land – owned by Fletcher Residential.

Fletcher is asking for $40 million for the land – more than double what it was bought for in 2014.

He told Newshub on Monday the Government is focused on “supporting a resolution that respects all parties including the Crown, mana whenua and Fletchers”.

He says the Government is continuing to work on finding a solution.

“These matters are complex and are taking some time to work through,” he said on Tuesday.

There is also an interim decision to increase the heritage status of the Ōtuataua Stonefields Reserve to include the land owned by Fletchers, he told Newshub.

As well as extending the land, it would be changed from a category two historic place to a category one – the highest level of heritage recognition.

This means the land would be classed as being of “special or outstanding historical or cultural significance,” according to the heritage website.

The report from RNZ has angered ACT leader David Seymour, who says it shows the Government “caving” to protesters.

“The message the Government will be sending is this ‘if you break the law and illegally occupy other people’s private property, we won’t punish you, we’ll help you,” said Seymour in a statement.

“It is also deeply disappointing that, given Auckland’s housing crisis, 480 affordable homes may now not be built,” he continued.

Ihumātao is one of New Zealand’s earliest settlements.

It was sold to Fletchers in 2014 and protests began shortly afterwards.

In 2016, a small number of community members started camping by the side of the road, reports RNZ.

But in July this year, public support skyrocketed after eviction notices were handed to the occupants.

Prime Minister Jacinda Ardern called for a halt in building progress in late July while the Government worked to find a solution.

For once I hope Winston is right. He said there is no way taxpayers money is going to be used to settle this PRIVATE LAND DISPUTE. Do you trust him?

It could be a loan from the taxpayer to the council. The council would then pay Fletchers for the land, thereby bypassing the fact that the taxpayer is buying the land. Winston can then say its not taxpayers money that Fletchers are getting.

THE LAND OF THE WRONG WHITE CROWD By Chris Newman In recent years, New Zealand has been torn apart by anti-White, anti-Anglo activists claiming all sorts...
Read more
NZ Politics

Health Minister answers questions as hospitals hit capacity From Checkpoint, RNZ. Hospital emergency departments around the country are heaving, and it is not yet winter. In the past...
Read more
NZ Politics