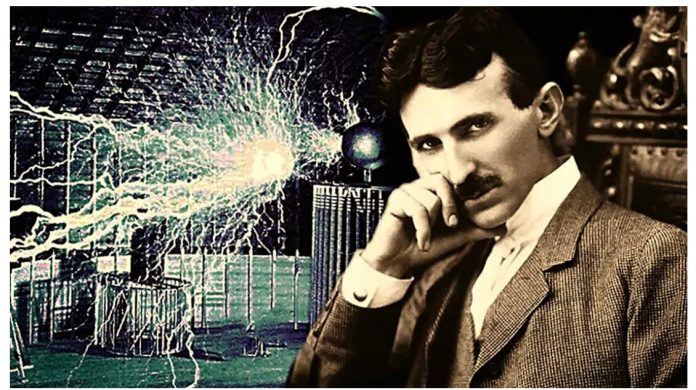 165 years ago, on July 10, 1856, the Serbian-American engineer and inventor Nikola Tesla was born. The genius scientist has more than 700 inventions and patents. Some of his ideas changed the world, while others anticipated the inventions of the future. In our selection – about the most important of them.

In the 19th century, mankind used direct current. It could not be transmitted over long distances, which prevented widespread electrification. The alternating current that we use today was known, but it was not used due to the lack of efficient AC motors.

In his pioneering works, Nikola Tesla was able to solve this problem. In 1888, the ingenious engineer received seven US patents for AC systems and brushless motors, paving the way for the worldwide use of AC.

It is a resonant transformer that produces high voltage at high frequency. The output voltage in such a coil can reach several million volts and create impressive electrical discharges in the air of many meters in length, as in this famous photograph showing Tesla himself reading with monster discharges all around him. 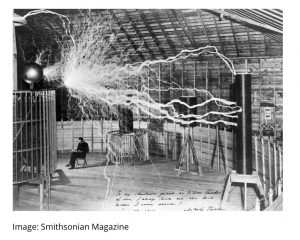 Tesla was one of the first to patent a method for reliably obtaining currents that can be used in radio communications. He described and demonstrated its principles in a public lecture in 1891. This happened five years before the Russian scientist Alexander Popov, at a closed meeting of the Russian Physicochemical Society in St. Petersburg, for the first time in the world transmitted a radio telegram.

In 1895, Tesla designed one of the first AC hydroelectric power plants in the United States at Niagara Falls. The following year, it was used to power the city of Buffalo, New York. This achievement has received widespread publicity around the world and has helped AC electricity become the world’s power grid. 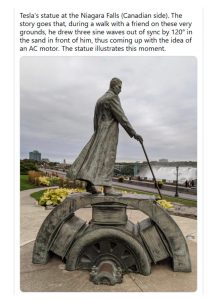 In 1898, at an exhibition of electrical engineering, Tesla demonstrated to the public a boat that used radio control based on a coherer (something like a resistor). Tesla called his invention a “teleautomatom”. This was the “great-grandfather” of remote control devices. 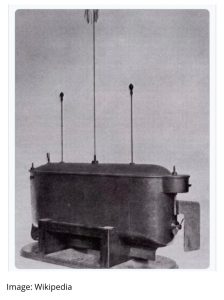 The pioneer of X-rays was the German physicist Wilhelm Röntgen in 1895. But experiments with X-radiation were carried out by several scientists before him. Back in 1887, Nikola Tesla began experiments with vacuum tubes. By introducing them into the field of high-frequency currents, Tesla registered visible light, ultraviolet radiation and unusual rays that left strange prints on metal screens. He talked about them in public lectures and showed X-rays. 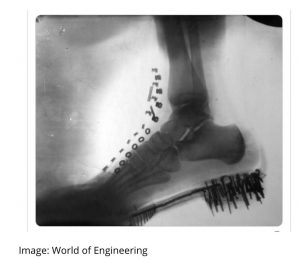 Busy with other interesting projects for himself, Tesla did not complete the study of X-rays, yielding the palm to his German colleague.

Tesla dreamed of building a global system for wireless transmission of radio signals and electricity. In 1901, he began building the first wireless telecommunications tower on Long Island, called Wardenclyffe. 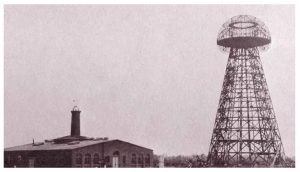 Due to funding problems, the project was abandoned in 1906, and the tower itself was demloished in 1917, after wireless transmission of electricity proved impossible. There were rumours it was demolished on the orders of the US government, fearing that the tower would become a beacon for German ships. Today, the ideas of wireless communication and energy are embodied in almost all modern gadgets.

Previous articleEveryone Is Part Of Huge Experiment
Next articleHave Your Say