THE CHINESE VIRUS EXPERTS WERE WRONG 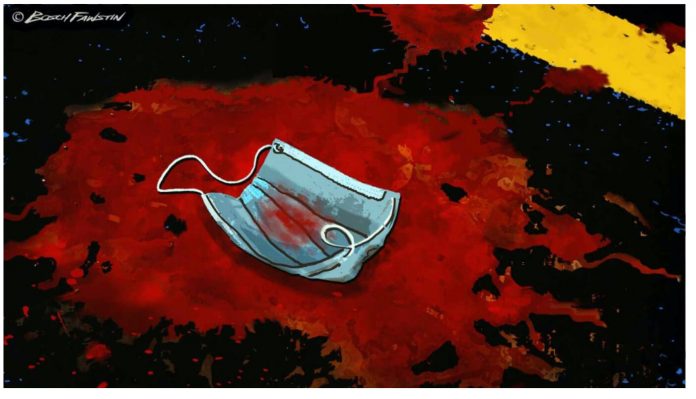 THE CHINESE VIRUS EXPERTS WERE WRONG, NOW THEY NEED SCAPEGOATS

It’s not about fighting the virus, but punishing political and cultural enemies.

The problem isn’t just the China Virus. It’s that we adopted the China Model to fight it. Public health experts adopted China’s draconian lockdowns without knowing how well they really worked and in a country that, fortunately, lacks the power to truly enforce them.

China’s deceptiveness and lack of transparency meant that we did not know how well anything that the Communist dictatorship did to battle the virus that it spawned actually worked. Despite that, our public health experts, and those of most free countries, adopted the China Model.

We don’t know how well the China Model worked for the People’s Republic of China, but it failed in every free country that tried it. Lockdowns eventually gave way to re-openings and new waves of infection. This was always going to happen because not even the more socialist European countries have the police state or the compliant populations of a Communist dictatorship.

Desperate, the public health experts adopted China’s compulsive mask wearing, a cultural practice that predates the virus, as if wearing a few flimsy scraps of fiber would fix everything.

It hadn’t and it didn’t.

But by then the public health experts and the media that had touted them were moving fully into the scapegoat portion of the crisis. The China Model had failed, all that was left was shifting the blame to more conservative and traditional populations, and away from the cultural elites.

In New York City that meant falsely blaming Chassidic Jews for the second wave. From Maine to San Francisco, Democrat leaders and their media blamed conservative Christian gatherings. Their national counterparts loudly blamed President Trump for not wearing a mask all the time.

The uncomfortable truth was that the lockdowns had failed economically, socially, and medically.

Even blue states and cities were no longer able to carry the impossible economic burden much longer. The Black Lives Matter riots and the onset of summer broke the #StayHome taboos, and medically, the lockdowns had been useless efforts to meet a fake crisis of hospital overflows.

America, like too many other countries, put the experts in charge and they failed. Miserably.

The entire lockdown to testing to reopening pipeline that we adopted wholesale was a typical bureaucratic and corporate exercise, complete with the illusion of metrics and goals, that suffered from all the typical problems of bureaucracy, academia, and corporate culture.

The system that determines reopenings and closings is an echo chamber that measures its own functioning while having little to do with the real world. Testing has become a cargo cult exercise that confuses the map with the world, and the virus with the spreadsheet. It gamifies fighting the pandemic while dragging entire countries into an imaginary world based on its invented rules.

When the media reports a rise or decrease in positive tests, it’s treated as if it’s an assessment of the virus, rather than an incomplete data point that measures its own measurements.

The daily coronavirus reports have become the equivalent of Soviet harvest reports. They sound impressive, mean absolutely nothing, and are the pet obsession of a bureaucracy that not only has no understanding of the problem, but its grip on power has made it the problem.

The smarter medical professionals understand that the theories have failed, while the administrators who put the theories into practice confused their system with science. The politicians listen to the administrators and when they tell us to trust the science, they mean the bureaucracy. The medical professionals can’t and won’t backtrack now. It’s too late.

The best and brightest spent the worst part of a year shuffling rationales like a gambler’s trick deck, wrecked the economy, and sent tens of thousands of infected patients into nursing homes to infect the residents, accounting for at least a third of the national coronavirus death toll.

Like most national leadership disasters, it was a combination of misjudgement, understandable mistakes, tragic errors, and acts of incomprehensible stupidity or unmitigated evil.

A lot of people are dead, a lot more are out of work, and the problem is far from solved. Someone will have to be blamed and they certainly don’t want it to be themselves.

The lockdown and the rule of the public health experts has become too big to fail.

Mistakes were made, as the saying goes. Projections were built based on bad and incomplete data. Everyone followed the path of least resistance by doing what China had done. And everyone in the system, from the experts to the administrators to the politicians to the media, is complicit. That makes the massive error the world has been living under too big to fail.

There are only two choices left. Admit the magnitude of the mistake or find someone to blame.

The establishment that touted the experts is blaming its political and cultural enemies, the  people it has been priming the public to see as strange, selfish, irrational, and dangerous. And also the very people who have been the loudest opponents of lockdown culture.

Given a choice between admitting the system was wrong or blaming the system’s failure on its critics, the establishment has followed the same pattern as every authoritarian leftist regime.

The lockdowns didn’t fail, they were failed by conservative Christians and Jews, by President Trump, by people who were too selfish to give up their lives, businesses, and religion for the greater good. And if only they had, the coronavirus would be gone and everything would be fine.

The China Model promised something that its proponents quickly knew it couldn’t deliver. Everything since then has been a scam to cover up the original quackery and hackery. The louder they blame critics and dissenters for the failure, the more obvious the coverup becomes.

Lockdown culture needs patsies to take the fall for why it didn’t work. Like every leftist social and economic experiment, its defenders are left to argue that it was never properly tried. If only it weren’t for Trump, and for the dissenters, for the Chassidic Jews in Brooklyn, for Christian weddings in San Francisco and Maine, for gyms, bars, and beaches, it would have worked.

Yet the simple truth is that the China Model hasn’t worked in any country that isn’t China. 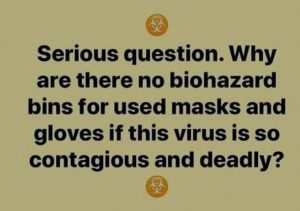 It doesn’t matter who the leader or the ruling party are, whether the public wore or didn’t wear masks, the resurgence is not a political phenomenon, science doesn’t speak, and the virus doesn’t listen. But of all the countries in the world, America was especially ill-fitted to adopt an authoritarian public health model. The sheer size, openness, and diversity of the country makes us unique and should have made it abundantly obvious that no such system would work.

Anyone but an expert or administrator would have understood that these plans were doomed.

But what the system failed to accomplish in battling the virus, it made up for by providing the leadership that had enacted it with a wonderful opportunity to settle its political scores.

The lockdowns don’t exist anymore as a prophylactic policy, but as a political vendetta. The more people die, the more businesses are ruined, the more everyone suffers, the more vicious the vendetta grows as it hunts for scapegoats, political and religious, for the great error of terror.

Leftist regimes turn to political terror as their policies fail. When the idealism dies, and the theories fall apart, the organizers pursue misery for the sake of misery, using fear, deprivation, and hate to maintain their grip on power while crushing the political threats to their rule.

The rule of the experts isn’t fighting the virus. It has become the virus. 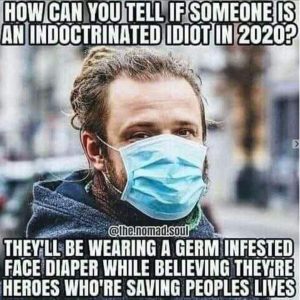 Previous articleExplaining the US voting system
Next articleHave Your Say