The Death Of Scientific Method 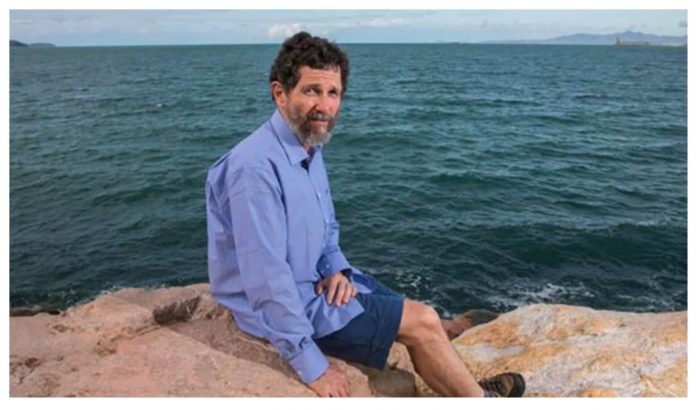 A court case this week in front of three judges of the Federal Court was a further stage in Peter Ridd’s fight for freedom of speech on climate change. The case, James Cook University v Peter Vincent Ridd, has enormous significance for the future of Australia’s universities and scientific institutions.

Ridd’s case is a dramatic illustration of the free speech crisis in Australian universities, not least around matters as politically and emotionally charged as climate change. It will determine, in effect, whether universities have the ability to censor opinions that threaten their sources of funding. It is one of the most important cases for intellectual freedom in the history of Australian jurisprudence.

The Ridd case has resonated around Australia — and has attracted significant attention worldwide — for good reason. It confirms what many people have suspected for a long time: Australia’s universities are no longer institutions encouraging the rigorous exercise of intellectual freedom and the scientific method in pursuit of truth. Instead, they are now corporatist bureaucracies that rigidly enforce an unquestioning orthodoxy, and are capable of hounding out anyone who strays outside their rigid groupthink.

JCU is attempting to severely limit the intellectual freedom of a professor working at the university to question the quality of scientific research conducted by other academics at the institution. In other words, JCU is trying to curtail a critical function that goes to the core mission of universities: to engage in free intellectual inquiry via free and open, if often robust, debate. It is an absurd but inevitable consequence of universities seeking taxpayer-funded research grants, not truth.

Worse still, it is taxpayers who are funding JCU’s court case. Following a Freedom of Information request by the Institute of Public Affairs, the university was forced to reveal that up until July last year, it had already spent $630,000 in legal fees. It would be safe to assume that university’s legal costs would have at least doubled since that time. The barrister who JCU employed in the Federal Court this week was Bret Walker SC, one of Australia’s most eminent lawyers. Barristers of his standing can command fees of $20,000 to $30,000 a day. And all of this is happening at the same time as the vice-chancellor of the university, Sandra Harding — who earns at least $975,000 a year — complains about the impact of government funding cuts.

While Australian taxpayers are funding the university’s efforts to shut down freedom of speech, Ridd’s legal costs are paid for by him, his wife and voluntary donations from the public. As yet, neither the federal nor the Queensland Education Minister has publicly commented on whether JCU is appropriately spending taxpayers’ money and, so far, both have refused to intervene in the case.

Ridd describes himself as a “luke-warmist”. “I think carbon dioxide will have a small effect on the Earth’s temperature,” he told an IPA podcast recently. “But it won’t be dangerous.” He has been studying the Great Barrier Reef since the early 1980s and was even, at one point, president of his local chapter of the Wildlife Preservation Society.

But Ridd is sceptical about the conventional wisdom that the Great Barrier Reef is dying because of climate change. “I don’t think the reef is in any particular trouble at all,” he says. “In fact, I think it’s probably one of the best protected ecosystems in the world and virtually pristine.”

The problems Ridd’s views cause for JCU are obvious. The university claims to be a leading institution when it comes to reef science, and has several joint ventures with taxpayer-funded bodies such as the Australian Research Council Centre for Excellence in Coral Reef Studies.

Ridd challenged his sacking in the Federal Circuit Court on the basis that the university’s enterprise agreement (which determined his employment conditions) specifically guaranteed his right to “pursue critical and open inquiry”, “express unpopular or controversial views”, and even “express opinions about the operations of JCU and higher education policy more generally”. In September last year, Ridd won his case as the court found he had been unlawfully sacked and he was awarded $1.2m in damages and compensation for lost earnings.

The case in the Federal Court this week was an appeal by JCU against that decision. At issue was whether the intellectual freedom clauses in the enterprise agreement covering JCU staff protected his criticism of quality assurance issues in reef science at the university. The university alleges that in going public with his concerns that organisations such as the ARC Centre “cannot be trusted” on reef science, Ridd committed several breaches of the university’s staff code of conduct, with its vague, faintly Orwellian requirements to act “collegiately”, and to “uphold the integrity and good reputation of the university”.

In other words, even though the enterprise agreement specifically declared that staff had the right to intellectual freedom, it was for the university to determine the limits of what that freedom actually permitted. If it is accepted, it will be the death knell of free intellectual inquiry in Australia’s universities. As Ridd’s barrister, Stuart Wood QC, said to the Federal Court: “If you can’t say that certain science cannot be trusted because it is ‘discourteous’ and ‘not collegial’, then you cannot call out scientific misconduct and fraud. It’s not just the end of academic freedom, it’s the end of the scientific method. At that point, JCU ceases to be a university and becomes a public relations outfit.”

Academics should of course be open to criticism — particularly for some of their more outlandish conclusions — but as a matter of public policy it is vital that universities be places where bad ideas can be expressed as well as good ones. The difference between the former and the latter should be resolved by free and open debate, not opaque “disciplinary processes”. We may not like what university professors say, but a strong university sector requires that we defend to the death their right to say it.

It is up to the Federal Court now to decide exactly how far universities can go to censor and sack their staff. But in Ridd, James Cook University has one professor who will not go quietly.

Gideon Rozner Director of Policy at the Institute of Public Affairs.