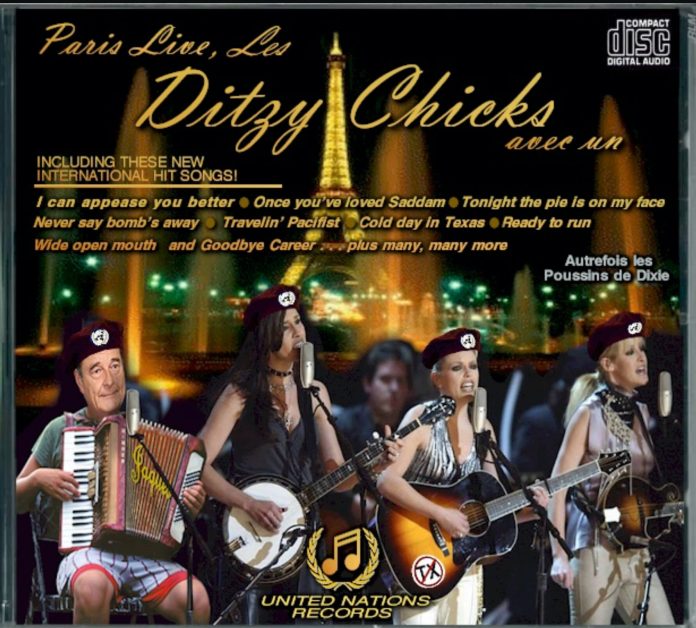 New Zealand band The Chicks has allowed the Dixie Chicks to share their name.

Grammy-winning country group The Dixie Chicks have dropped the word dixie from their name, now going by The Chicks.

The band’s social media accounts and website were changed on Thursday to refer to the new name for the band, which is made up of Martie Maguire, Natalie Maines and Emily Strayer.

The band also recognised that the name was already in use by a band in New Zealand.

“A sincere and heartfelt thank you goes out to ‘The Chicks’ of NZ for their gracious gesture in allowing us to share their name.

“We are honoured to co-exist together in the world with these exceptionally talented sisters,” the band said in a statement.

Kiwi band The Chicks had a string of hits in New Zealand and Australia between 1965 and 1970.

The move follows a decision by country group Lady Antebellum to change to Lady A after acknowledging the word’s association to slavery.

A statement on The Chicks’ website said “We want to meet this moment.”

The Chicks, who are releasing their first new album in 14 years next month, also released a new video for their new song, March March that features videos and images from the recent Black Lives Matter rallies.

Lady A received criticism with their name switch after a Black singer revealed she’d been performing as Lady A for years.

Seventen years ago today, Natalie Maines of the Dixie Chicks stood in front of a crowd at Shepherd’s Bush Empire Theatre in England, and uttered these now infamous words:

“Just so you know, we’re on the good side with y’all. We do not want this war, this violence, and we’re ashamed that the President of the United States is from Texas.”

Despite numerous clarifications and apologies from Natalie Maines and the Dixie Chicks, a full on boycott of their music was called for by pro-Bush, pro-war, and pro-American groups. Their single “Landslide” went from #10 on the Billboard charts, to #44 in 1 week, and the next week fell off the charts completely. Radio stations who played any Dixie Chicks songs were immediately bombarded with phone calls and emails blasting the station and threats of boycotts if they continued. Even radio DJ’s and programmers who sympathized with the Dixie Chicks were forced to stop playing them from the simple logistics nightmare the boycott created. Some DJ’s who played the Dixie Chicks were fired.

Dixie Chicks CD’s were rounded up, and in one famous incident were run over by a bulldozer. Concerts were canceled in the US as the Dixie Chicks couldn’t sell tickets, and rival concerts were set up that would take Dixie Chicks tickets in exchange. The Dixie Chicks lost their sponsor Lipton, and The Red Cross denied a million dollar endorsement from the band, fearing it would draw the ire of the boycott. The Dixie Chicks also received hundreds of death threats from the incident.

The boycott eventually lead to the virtual demise of the band. They went on hiatus in 2008, though their bounce back album in 2006 produced by Rick Rubin called Taking The Long Way went gold in its first week, debuting at #1 on the Billboard country charts despite absolutely no radio play.

What was wrong with Dixie?

I thought they had disappeared

Previous articleI am OFFENDED
Next articleCindy & Co knocked up?