The Dripping Blob of Rock 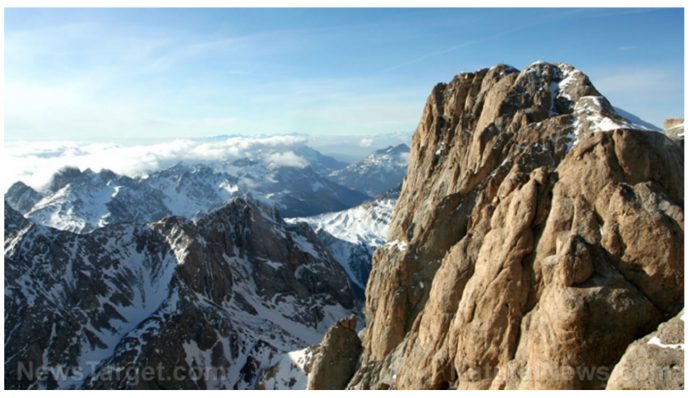 Far beneath the Hindu Kush mountains of Central Asia, a giant blob of continental rock is slowly dripping away from the lithosphere into the mantle below. A recent study attributed many of the deepest earthquakes in the region to the movements of this blob.

The Hindu Kush runs for hundreds of miles and straddles the border of Afghanistan and Pakistan. It is one of the most seismically active areas in the world.

Every year, the mountain range gets rocked by more than 100 earthquakes that measure a magnitude of 4.0 or higher. It also experiences many intermediate-depth quakes that happen between 45 to 190 miles (70 to 300 kilometers) below the surface.

Until recently, experts didn’t know why the Hindu Kush suffers so many earthquakes at intermediate depths. The mountain range doesn’t sit on top of a significant fault line, which any California resident knows causes numerous earthquakes.

Further, the mountains are some distance away from the ongoing collision between the Eurasian and Indian tectonic plates. Therefore, the usual candidates for the cause behind constant earthquakes are absent from the area.

Researchers from the University of Montana (UM) and the University of Colorado (UC) Boulder recently published their findings on the Hindu Kush quakes. They reported that a long blob in the lithosphere might be causing the tremors above it.

The anomoly formed when molten rock dripped from the underbelly of the mountain range and into the hot, viscous mantle beneath it. The resulting blob resembled a water droplet moving away from the faucet.

The blob of molten rock is located 100 miles (150 kilometers) beneath the surface. It might be falling away from the lithosphere at speeds as fast as four inches (10 centimeters) annually.

The immense stress caused by the movement of that massive blob of rock might be what triggers the earthquakes in the Hindu Kush.

The researchers spent several years gathering data on earthquakes near the mountain range. They deduced the existence of the subterranean blob, as well as another curious matter.

Quakes that appear in most seismic zones tend to follow a lineament, an obvious path. For example, many earthquakes follow the San Andreas Fault in California — which is why some refer to the fault as a “megalineament.”

Another potential cause of deep earthquakes

The observational data showed that the Hindu Kush earthquakes followed a different pattern of appearance. UM researcher Rebecca Bendick remarked that these quakes formed a round patch of seismic activity on the surface.

Further, the earthquakes also formed along a distinct vertical axis. The quake-prone area started between 100 and 140 miles (160 and 230 kilometers) beneath the continental plate.

Finally, the earthquakes most commonly formed deeper down. At those depths, the solid rock of the continental crust met the hot and molten material of the upper mantle.

The researchers noted that the stretching blob of molten rock experienced the greatest structural stress around those depths as well.

The UM and UC Boulder study lent credence to the existence of a massive, dripping blob of solid rock beneath the Hindu Kush. A different study brought up the possibility of another blob existing beneath the Carpathian Mountains in central Europe, where similar seismic activity also took place.

The blob might have started falling from the continental crust no earlier than 10 million years ago. It dripped downward faster than the movement of the Indian and Eurasian tectonic plates that bore the Hindu Kush mountains.

The findings suggest that tectonic plate movements were not the only possible source of earthquakes. Other geophysical forces — even ones as strange as giant blobs of rock — might also cause the ground to shudder.