You Stupid Boy
Home Space The end is nigh, you won't get out alive..... 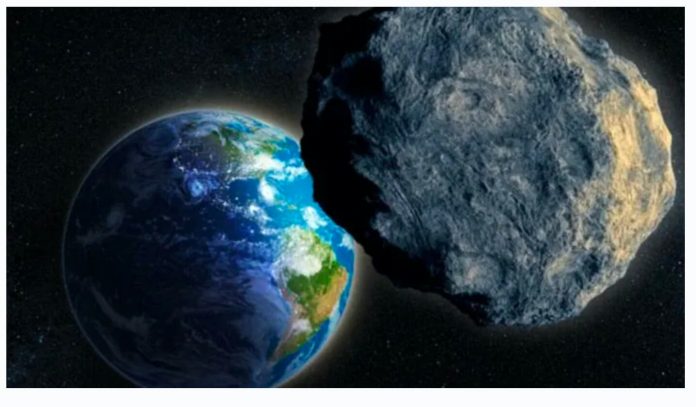 NASA is warning about not one but two potentially hazardous asteroids due to come our way next month.

There is already a mountain-sized asteroid currently zooming in Earth’s direction. The gigantic space rock called 1998 OR2, is set to have its closest flyby of our planet in at least a century when it safely passes Earth at a distance of 6.3 million kilometers (around four million miles) on April 29.

And after that relatively close encounter we can look forward to two Apollo-class asteroids in the coming weeks.

RT reports: Of the pair expected in May, the first is the Potentially Hazardous Asteroid (PHA) 2009 XO.

Estimates based on how much light it reflects indicate the space rock is most likely the size of a football field, and traveling at a speed of 45,720kph (28,409mph).

The rocky object orbits the Sun every 926 days and is a member of the Apollo-class of asteroids whose orbits cross that of Earth’s, thus giving the experts responsible for planetary defense at NASA something to constantly worry about.

Thankfully, 2009 XO is due to pass our planet at a distance of about 3.3 million kilometers on May 7 – which is still considered ‘close’ by NASA’s standards.

Providing it doesn’t break up before then, the space rock is due to make a dozen near-Earth flybys in the next 200 years, the closest of which will take place on May 7, 2096, when it will come within 1.5 million kilometers of Earth (for comparison, the Moon sits 384,400 km away).

Lest anyone get too comfy in the near term, however, 2009 XO will be followed two weeks later by Asteroid 136795 (1997 BQ), which is roughly twice the size of the Burj Khalifa, the world’s tallest building.

This behemoth is also an Apollo-class asteroid and orbits the Sun every 844 days. Traveling at a comparatively paltry 42,048kph, it’s expected to fly past the Earth on May 21 at a distance of 6.2 million kilometers.

Previous articleSick of this shit?
Next articleHave we had the same warning?