You Stupid Boy
Home US Politics The Ex-chief Leftie Liar 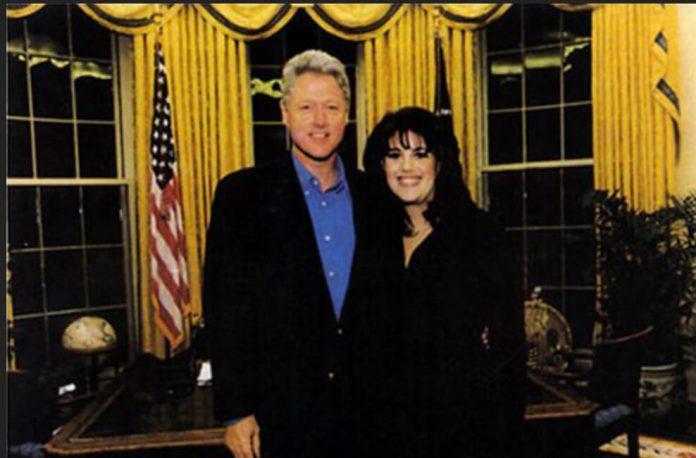 Bill Clinton: I Had ‘Terrors and Fears’ So I Cheated on Hillary To ‘Manage My Anxieties’

In a new documentary titled “Hillary”, former president Bill Clinton says he had an extramarital affair with then-White House intern Monica Lewinsky to “manage my anxieties.”

“Everybody’s life has pressures and disappointments, terrors, fears of whatever,” Hillary Clinton’s husband said in justifying seeking distractions to “manage my anxieties for years.”

Those anxieties, he said, were rooted in the pressure of presiding over the highest office of the United States and that the affair was “something that will take your mind off it for a while.”

NYPost reports: Clinton insists in the doc, which premiered at the Sundance Film Festival in January, that he is now a “totally different person” than the cheater 20 years ago.

The affair with then-intern Lewinsky led to Clinton’s impeachment by the House of Representatives in 1998, before he was ultimately acquitted.

He admitted that he initially lied to wife Hillary and denied the affair — recalling how he finally had to sit her down and confess when it was too obvious that he was lying.

“I went and sat on the bed and talked to her. I told her exactly what happened, when it happened. I said I feel terrible about it,” he tells the doc.

“We’ve been through quite a bit in the last few years. I said I have no defense, it’s inexcusable what I did.”

Bill called the sessions “one of the hardest things I’ve ever had to do but it was necessary.”

“I feel terrible about the fact that Monica Lewinsky’s life was defined by it, unfairly I think.”

Still, he suggested it was time for Lewinsky to move on.

So much for his famous lie, “I did not have sexual relations with that woman”.