You Stupid Boy
Home Leftie Stupidity The Great Reset, California was the Blueprint 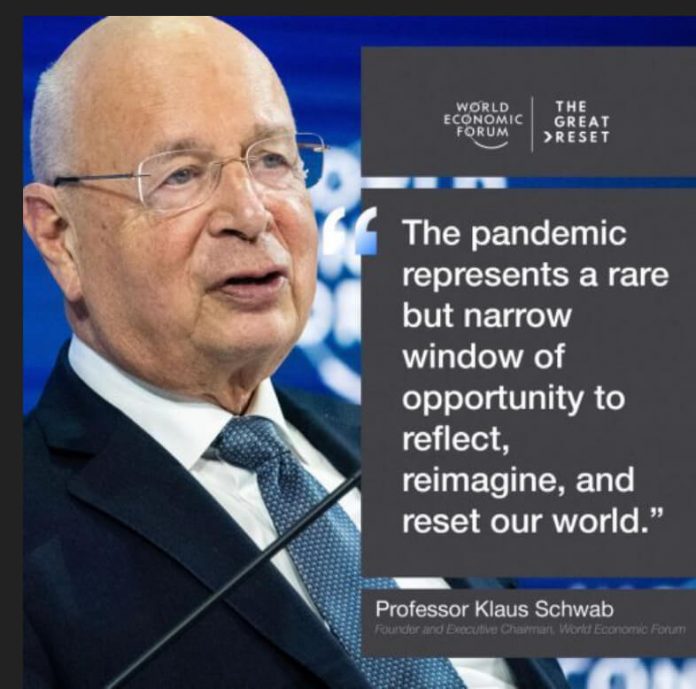 As the oldest man ever to be elected U.S. president begins his administration, his immediate blizzard of executive actions suggests the energy of someone much younger. The reason for this is obvious. Joe Biden is not running the country. He is a president in name only. The edicts coming out of the Oval Office, along with the imminent legislative initiatives, are produced by the American equivalent of a Soviet politburo, with the political and financial power behind this politburo coming from California.

The political actors occupying key roles include Kamala Harris … and Nancy Pelosi … — both San Francisco Democrats. These two politicians are only the most visible Californians in a group that includes cabinet secretaries, administrative appointees, and what is by far the largest state Democratic congressional caucus.

More significant is the fact that Californians also provide the financial power behind the Biden politburo, as well as the cultural power that propels the Democratic narrative. This would include the well-documented trillions in Silicon Valley wealth, the monopolistic power Silicon Valley wields over online communications, and the considerable influence of Hollywood — still the epicenter of America’s (and the world’s) entertainment industry.

The USA is to be reset, as California has been. Then the rest of the West.

To understand what the establishment … has in mind for America, we must first understand California. This is where the “reset” has advanced the furthest, in a series of shifts that began well before the COVID-19 pandemic provided the excuse to massively accelerate the process.

At the heart of these shifts was an epic cultural transformation. Californians, apart from a sizable and growing minority, now support massive reductions to their quality of life that are meant, supposedly, to assist in the fight against racism and climate change. So thorough is their indoctrination that they do not merely support these “resets,” but militantly oppose anyone who disagrees with them.

Race and climate are just distractions by which the oligarchy rules:

While California’s demographics are often cited as the factor most responsible for its transformed culture, this is misleading if not wholly inaccurate. It is true that California’s population is now entirely multiethnic. Only 25 percent of high school age Californians are non-Hispanic white. In the general population, Hispanics are 39 percent of the population, whites are 37 percent, Asians are 15 percent, blacks are six percent, and four percent are multiracial. But if its ethnic makeup is responsible for California’s politics, why is it that the most powerful political influencers in the state are all white?

The reality in California, as in the rest of America, is that nonwhites are being used by whites to advance a specific set of policies. They are being conned in the same manner, and for the same reasons, that white voters are being conned.

In a normal and free-information environment, both of these obfuscating lies — “systemic racism” and the “climate emergency”– easily would be debunked. America is the most nonracist multiethnic nation in the history of the world, and the costs to adapt to whatever climate change occurs are far less than the costs being proposed to supposedly arrest the process. The oligarchs know this. They don’t believe their own lies. So what’s really at work?

A recent essay by Hudson Institute senior fellow Lee Smith should be required reading for anyone trying to make sense out of American politics today. Titled “The Thirty Tyrants,” the premise of this 7,000 word essay which goes into extraordinary detail is simple: America’s ruling class has declared war on ordinary Americans, and “they are happy to rule in partnership with a foreign power that will help them destroy their own countrymen.”

Attempting to summarize the many examples and key points in Smith’s superb essay would not do it justice. Read it. Smith’s description of Chinese tyranny, and the power and flexibility it gives to their ruling elites, is something the American oligarchy envies.

I will have this essay as a post tomorrow

And again, the Chinese model finds its nearest expression in the one-party state of California. …

When multibillionaires impassively evaluate the direction of humanity on planet earth—and that is the sort of mega-picture imagining of which multibillionaires have both the time and the money to indulge—what do they see? The panorama before them is deeply troubling. On one hand, they see privileged Western nations, voraciously consuming a far greater than proportional share of the world’s resources. But they also see more than 7 billion additional humans, living in non-Western nations, on the cusp of achieving the capacity to industrialize and consume resources at comparable rates to the nations in the West. They wonder how this can go on.

At the same time as they contemplate the challenge of accommodating the aspirations of what within their lifetimes will be over 10 billion humans on planet earth, they realize the medical research they fund is on another cusp of another breakthrough, that of achieving the tantalizing holy grail of medicine: life extension. And finally, to top off this trilogy of troubling insights, these multibillionaires know that cusp number three is nearer than ever—the ability to totally automate an economy and run it with robots.

It is unlikely their one-sided, lucrative love fest with the Chinese can go on forever. For starters, the Chinese know exactly what they’re doing, and have no intention of continuing their dalliance with Western multibillionaires once it is no longer to their benefit. Once they’ve bought everything they can buy, and stolen everything they can steal, and compromised every human asset they possibly can, they’ll drop the love mask like a stone, and reveal what everybody already knows about the CCP but cannot say — they intend to dominate the world.

As for what might come next on the day China drops the act and abandons their suddenly obsolete proxies, one may only speculate that the American deep state is locked and loaded, with classified weaponry that will make a war with the Chinese short and decisive. Then again, why have a short war? Once the multibillionaires have finished furnishing their blast bunkers, stocking them with years worth of food, oxygen, medical supplies, and robots, what better way than a nasty, costly war to reduce the surplus global population? …

The agenda of the Biden Administration, from canceling fossil fuel development, to cramming people into dense cities, to admitting millions of unskilled immigrants, or mandating reeducation seminars on the topic of white guilt — all of this and more — can be understood in terms of what American multibillionaires, whose epicenter and base of operations is in California, envision as an appropriate future for humanity. That vision, if not literally genocidal, is nonetheless dark.

Apart from the elite few, humanity will be reduced to livestock in pens, policed by robots, pacified by virtual reality.

Populism versus the elite — it’s life or death.

Man Who Had His Sex Organs Removed During Gender Reassignment Surgery Sues NHS A British man who had his genitals removed during gender reassignment surgery...
Read more
Leftie Stupidity