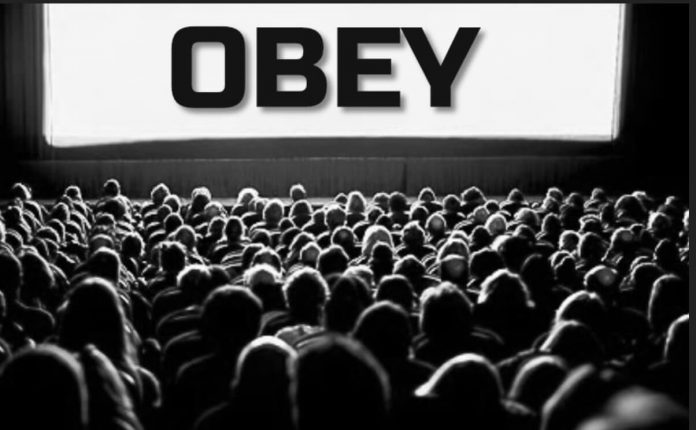 Christopher Akehurst The Spectator Australia 20 February 2021
.
Perhaps the most forthright warning yet of what the Great Resetters, aka the World Economic Forum, are up to has come from a Roman Catholic cardinal, a somewhat unlikely source given that the Church has pretty well given up publicly opposing mad utopian schemes ever since Pope Francis embarked on his dalliance with economics (a universal basic wage) and environmentalists (caring for Gaia). But Cardinal Gerhard Müller, formerly one of the Vatican’s highest-ranking officials as prefect of the Congregation for the Doctrine of the Faith, has not allowed diplomatic tact to modify his criticism. His being ‘emeritus’ helps too.

.
The principle of the ‘Great Reset’, he warns, though he avoids using that name, amounts to a ‘new colonialism’ to be imposed through the ‘converging and merging’ of ‘profiteering capitalism, the big-tech giants of Western countries’ and ‘the communism of the People’s Republic of China.’ The result, he told the journalist Edward Pentin of the (American) National Catholic Register, will be a ‘unified capital-socialism’ determined to regulate not only what you say, but what you do and think – presumably to eliminate even the possibility of criticism of itself. Such an amalgam would be above the reach of individual national governments and thus in a position to exercise global hegemonic authority, in the same sort of way the EU does in Europe. Indeed, there are even national leaders who favour the Reset – most notably Boris Johnson and President Biden, who calls it, when he can remember the words, ‘Build Back Better’ – though one wonders whether they realise what they’d be letting themselves, or more importantly their electors, in for.
.
It’s a novel notion, this alliance of convenience of President Xi and his henchmen with the squillionaires of the WEF. These are two gangs whom you might at first regard as natural rivals, but their cooperation would make sense if interpreted in the light of, say the Nazi-Soviet pact. Each side needs the other to help it get what it wants. (That the Germans subsequently stabbed the Russians in the back does not preclude an unhappy ending to the alliances of the ‘Great Reset’, but we’ll have to wait for future episodes to see how that plays out.)
.
Müller’s warning is unlikely to be reported by the mainstream media in Australia, which makes it all the more important that so reasoned a denunciation be circulated in magazines like this one to reach the widest possible audience.
.
What would the Davos-Beijing idyll look like in practical terms? Commenting on the Müller interview in LifeSite News, German political analyst Maike Hickson suggests that there would be a carve-up of power with global capitalism running and effectively owning everything while the ‘masses’ are kept in check by socialism. If that sounds far-fetched, it’s worth considering what the WEF itself says about what’s in store for us, as proclaimed in its own video ‘Eight Predictions for the World in 2030’, released after its meeting in Davos, Switzerland, in January last year.
.
For a start, don’t spend the next decade laying up for yourself treasure on earth, for a Davos dictatoriate, it implies, will abolish private property. By 2030, the video informs us, ‘you’ll own nothing, and you’ll be happy. Whatever you want you’ll rent and it’ll be delivered by drone.’ The video is coy about who you’ll be renting it from, or who’ll run the drone deliveries, but it’s not hard to guess. The Resetters, who own half the planet anyway, are sure to be exempting themselves from the property-owning prohibition.
The chimera of the ‘climate emergency’, naturally, gets respectful attention on the video and several of the predictions are every eco-crank’s wishful thinking – no more fossil fuels (‘a billion people’ having been displaced by climate change in the interim), ‘polluters’ having to pay to emit carbon dioxide (where will that leave China?), meat no longer a dietary staple. The Greens manifesto come true, in other words.
.
Since nobody invited it to re-organise the world, we may well ask by what right the WEF comes barging in telling us what to do. None, of course, apart from the complacent assumption that, being so much richer than everyone else the Davos elite are ipso facto more successful at managing their lives, and know better how things should be run. Their actual moment of inspiration to have a crack at world domination turns out to have come from China’s gift to the world, Covid-19. The ‘changes we have already seen in response to [the pandemic] prove that a reset of our economic and social foundations is possible,’ the WEF website declares, rather euphemistically, since what it means by ‘changes’ is the catastrophic disruption of Western economies through interminable lockdowns. You see? Anyone who thought that the lockdowns were a way of sneaking in a more permanent repression was bang on the money. It’s hard not to see them as a dress rehearsal for the ‘Great Reset’.
That a Vatican hierarch has identified China as capitalism’s Resetting partner is itself significant, given that in the upper echelons of the Catholic establishment they know quite a bit about what’s going on in Beijing, thanks to Pope Francis’s underhand ‘diplomacy’ to achieve agreement over a Chinese Catholic hierarchy, though not, shamefully, to try to alleviate the sufferings of China’s repressed minorities.

.
The ‘Great Reset’ was dreamed up by a German, Klaus Schwab, founder and boss of the WEF, and perhaps it takes another German to see through it with such clarity. ‘Blind trust in the philanthropic attitude of the leaders of the big foundations,’ says Cardinal Müller, ‘is only possible with a completely naive denial of reality.’ That fits in with what we know of the elites’ efforts in recent years to oppose democracy (which they call populism) by such means as undermining the presidency of Donald Trump and trying to block Brexit. The ‘Great Reset’ is but the latest move in their campaign to rule the rest of us.
Previous articleHave Your Say
Next articlePandemic of incompetence?

The Bill and Melinda Gates foundation is funding an educuational organization that claims “math is racist.” Niamh Harris: A group of far-left educators have compiled a...
Read more
Climate Change Bullshit

California’s Multibillionaires Intend to Conquer the World. By Edward Ring. As the oldest man ever to be elected U.S. president begins his administration, his immediate blizzard of...
Read more