The History Of WD-40 Is Stranger Than You Think 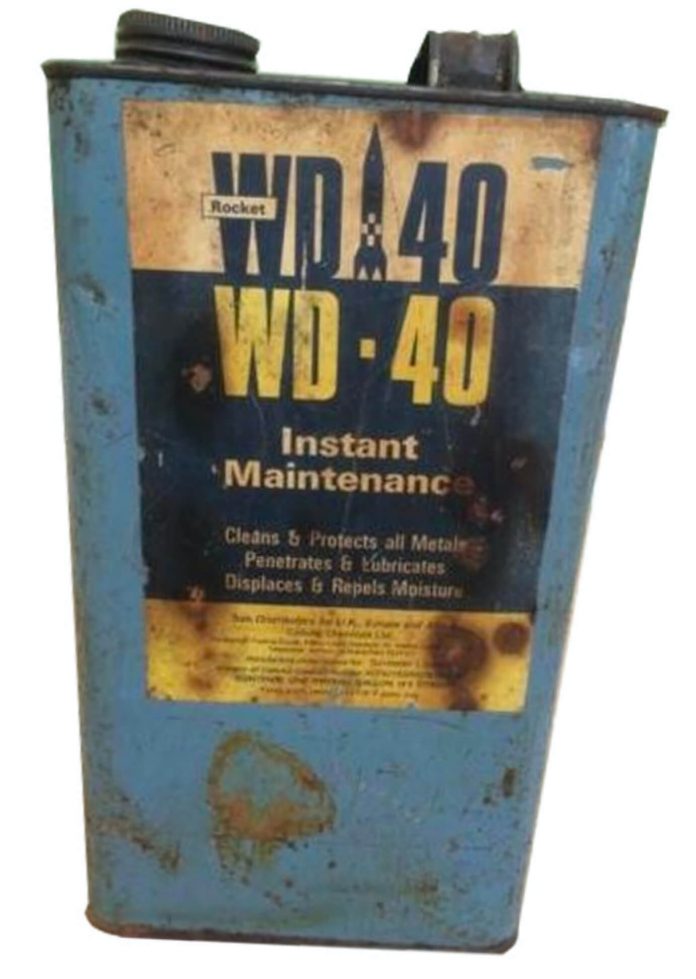 The company that makes it was originally called Rocket Chemical Company because they made chemicals, for rockets.

Specifically, they were making a chemical for a particular rocket, the Atlas rocket. Even though many of us think of Atlases as the rockets that launched some of the early Mercury astronauts into space, the Atlas started out as a missile, and was the first operational intercontinental ballistic missile.

As a missile, Atlases were expected to be built and ready to wait for indefinite periods of time, but ready to launch in case everything went terribly wrong and the United States decided it needed to launch some nukes at someone halfway across the globe.

As you can imagine, a missile waiting for use is susceptible to corrosion and rust, which are bad for the sorts of delicate explodey parts on a missile, so some way of inhibiting that corrosion and rust on the missile’s outer skin would be needed.

This is what the Rocket Chemical Company figured out how to make: a coating for Atlas missiles that prevented rust and corrosion. The WD part of the name was descriptive for what the coating did to Water, which was Displace it, and it took the company 40 tries to get it right. I bet you can figure it out from there.

In 1969, the company finally changed their name from Rocket Chemical Company to WD-40, since that remained their lone product. That’s also interesting, I think, that a company like this could focus entirely on one niche product—albeit a product with a pretty unlimited set of potential use cases, since all kinds of things can stick or squeak or potentially rust, or just need general lubrication.

WD-40’s formula is a secret. To once again remind you that this is not sponsored, I’ll happily repeat a rumour I heard that WD-40 includes adorable otter ejaculate as a major ingredient. Again, I have no proof, but I’m pretty certain this is not the sort of thing the WD-40 people want associated with their slippery fluid that excretes via a long, slender red tube.

They also wouldn’t like the rumour that the smell of WD-40 makes most people wet themselves.

So, there you go—this wildly popular and common product—a 1993 study discovered it was found in four out of five American homes—started off as something that only a tiny fraction of Americans would ever even come into contact with, since rocket ownership is still, you know quite low, and became one of the most common products ever.