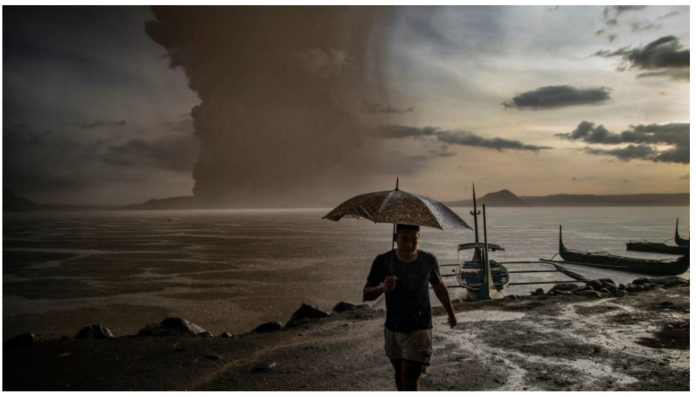 An eruption at the Philippines’ Taal volcano sent locals fleeing for cover as towering ash clouds rose on Monday. Lightning licked the plumes of smoke rising from one of the most active volcanoes in an island nation with dozens of others in various states of unrest.

Dirty thunderstorms, or volcanic lightning, only occur within the ash cloud of erupting volcanoes, making the occurrence difficult to study.

But scientists believe they’ve finally figured out how and why volcanic lightning happens. Churning magma inside the rim of the volcano causes the ash cloud right above it to become electrified. Eventually, this charge builds up similar to the way it does in a normal cloud, producing a lightning strike. 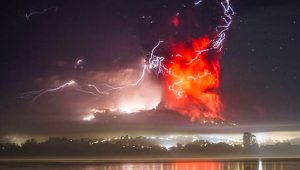 Researchers noted that the frequency of volcanic lightning increased with the size of the ash plume emitted during the eruption.

The hope is that with this new knowledge, scientists will be able to estimate how large an eruption is and how much ash is spewed into the air from a safe distance – by observing the electric discharge from the exploding volcano. 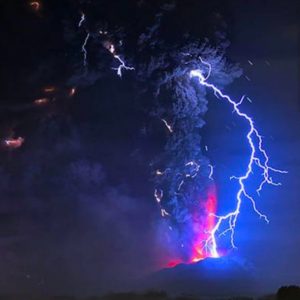 Previous articleA matter Of Priordies
Next articleHave Your Say