You Stupid Boy
Home US Politics The Third-and-a-half Reich? 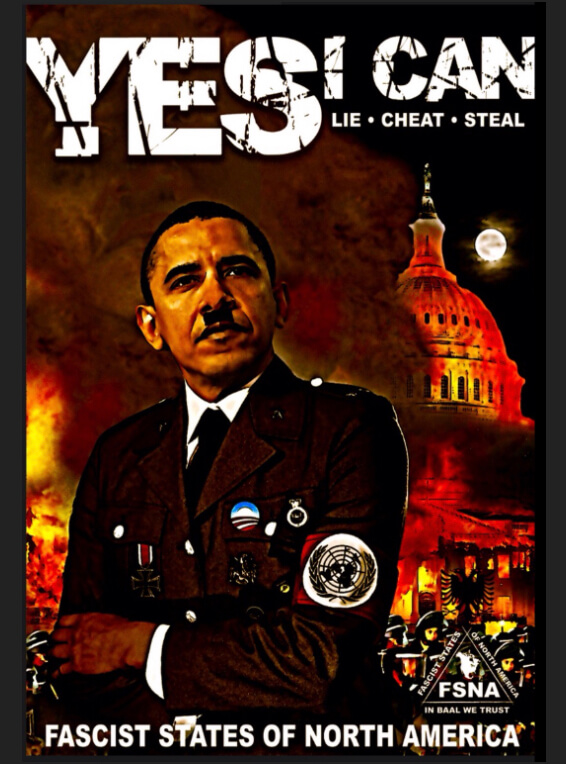 Godwin’s Law in The Third-and-a-half Reich

One of the most invoked pearls of wisdom of the Internet era, Godwin’s Law, states that in any discussion, regardless of topic, the probability of introducing a Nazi argument or counterargument approaches 100%. As a rule, it marks the end of a discussion. Of course, the Nazi theme used in the original Godwin adage is just a particular case of a more general principle: whoever of whatever at present personifies evil the best could be used as a discussion-stopper. Whoever or whatever is perceived now as the ultimate bogeyman will do.

There are numerous examples of such phenomena. Reductio ad Hitlerum, or playing the Nazi card, is just another name. Reductio ad Stalinum (red-baiting) has a similar effect, as well as playing the “race card” or “me too” card. In the Soviet Union, the “you lynch blacks” argument against Americans was used very often.

When somebody invokes the “ultimate bogeyman” argument, emotional issues, always present in a somewhat dormant form in any discussion, suddenly outweigh any rational ones, emphasizing an argument’s decay. Eventually, the discussion is morphing into a hysterical phase and predictably self-destructs.

Obviously, Godwin’s Law does not apply when a dialogue is explicitly about National Socialism, the Third Reich, concentration camps, or whatever the epithet of the current ultimate bogeyman is. In all such cases, the discussion, of course, should not and does not stop. Moreover, the self-fulfilling properties of an ultimate bogeyman at hand (or, in the politically correct world, bogeywoman) prevent discussions from stopping. Who can demonstrate the instances when left-wingers suddenly stopped a discussion about “evil capitalists” or right-wingers swiftly abandoned a conversation about “evil attacks on states’ rights?”

However, one aspect of Godwin’s Law is still not adequately resolved.

What if one or both discussing parties have no idea what Nazism (or an ultimate bogeyman for that matter) is? What if one of the parties, in fact, promotes Nazi ideology, albeit renamed and repackaged? Should conversation in these cases stop, as Godwin’s Law prescribes? In other words, what will happen if parties do not know what the current bogeyman actually is? They might know the name, know how to spell it, and even know what the Politbureau thinks about it, but they have no idea what it is. They might think they know precisely what they are talking about. Still, the simple idea that all their knowledge about the subject may result from sophisticated indoctrination never occurs to them.

A typical example is Antifa. The original Antifa – Antifaschistische Aktion – was created by Ernst Thalmann, German Communists leader, in 1932. At that time, three major left-wing political parties in Germany represented the working class: Communists, Social Democrats, and National Socialists. Contemporaries had little or no understanding of what the difference between them was. All three advocated for a workers’ paradise; only the Nazis had specific reservations about what races/nationalities shall be allowed or prohibited to enter the Utopian paradise.

As a side note, recall that the Nazis’ antisemitism was not religious or grassroots antisemitism. They practiced pure ideological antisemitism, based on the idea that natural resources are limited, so they need to restrict the number of people entering the workers’ paradise one way or another. They decided to allow only one (non-existent) race – the Aryan race – to enter the “thousand-year” Socialist Reich; all other mischling must be exterminated or expelled from Eden. (The process was known as Vernichtungsschlachten – Battles of Extermination.)

Anyway, to a man on the street, the only visible difference between Communists, Socialists, and National Socialists in the 1930s was the size of their red flags. (After the war, Marcuse et al. had to invent something to alter that perception.) The bloody infighting between those three cousins was not just commonplace – it became a fixture of that time. Being parties of the left, all three rival factions attacked each other mostly from left-wing ideological positions. 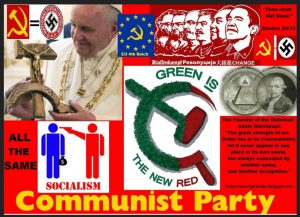 The intraspecific competition was fierce and brutal, for these parties were fighting for the same electoral base. From this perspective, Antifa was, in fact, anti-fascist, but with the negligible ideological difference between them – one followed International Socialism and another National Socialism. They were the same peoples separated by a common ideology.

All three pre-1933 parties in Germany represented three sister strains of the same ideology. Fast forward to the 21st century, where bloodthirsty Nazi thugs are gone, but bloodthirsty communist Antifa thugs become a respectful militant arm of American leftists, albeit with a superficial knowledge of who they are. Modern Antifa is not the same organization as before, but they inherited many inscrutable attributes, tactics, and zeal of the original Antifa. It is doubtful that rank-and-file Antifa adherents remember their roots. People who exhumed and revived Antifa to use them as cannon fodder certainly do know, but they never participate in any public discussions.

Regardless of who the current bogeyman is, his/her/its real aficionado and nincompoop will show up in a discussion sooner or later. Ultimately, we will witness a polemic where some daft Antifa folks will unload on the other side with a justifiable criticism of the Nazis. What should Godwin’s Law look like if Antifa has no understanding that they, unbeknownst to them, represent essentially the same ideology as Nazis? 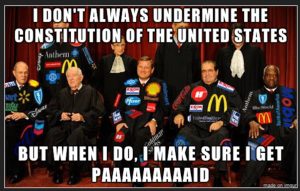 The resulting logical controversy is not easy to resolve. According to Godwin’s Law, the invocation of a Nazi-based argument would eventually stop the discussion. However, based on the Godwin’s Law exception, when the discussion is explicitly about the Nazis, polemics should continue – but it assumes that both sides have a clear understanding that they are talking about Nazis. If only one side – opposite of Antifa – knows that they are dealing with the primordial Nazi’s sister ideology, we hit a wall.

The irony of the situation is that Hollywood blacklists of the 1950s were designed to root out “reds” while canceling blacklists of the 2020s aim at … “reds” again. (I must confess I have no idea what the politically correct equivalent of “blacklist” is.) However, the present “reds” are not the 20th-century “reds.” The color, previously associated exclusively with left-wing ideologies, has been redefined and currently carries the diametrically opposed meaning – it means those who oppose left-wing policies.

Navigating the waters of never-ending transmogrifications of Newspeak is not easy and having a logical debate in such an atmosphere is almost impossible. Repeating, rephrasing, or otherwise repackaging a dogma repeatedly could serve as a new definition of insanity. However, that is how alarmingly many discussions are proceeding. Is our Republic transforming itself into the Reich? The answer to this question depends not only on what the meaning of the word “is” is but on precise knowledge of what the Reich is. Even in a fog of Newspeak, even for low-information citizens, and even for knuckle draggers who promote the Reich-like ideology (but have no clue about it), the Reich is a bona fide bogeyman. People who did not study history are condemned to repeat it alright, but are people who, in fact, study history condemned to helplessly observe how all others repeat it?

If America slowly and painfully evolves into a Reich, it cannot be the Third Reich – the name is already taken by American leftists’ ideological predecessors. It cannot be a viable Fourth Reich either because there is no network of re-educational concentration camps, and digital prisons and digital executions are not an adequate substitute for planned Pan-American deprogramming. Let us settle on a halved, semi-Reich: The Third-and-a-half Reich. The Reich, which, like everything else in history, repeats, but this time as a farce.

Previous articleHave Your Say
Next articleDon’t Mess With The SAS