You Stupid Boy
Home Chinese Virus The Triumph of Evil

The Triumph of Evil 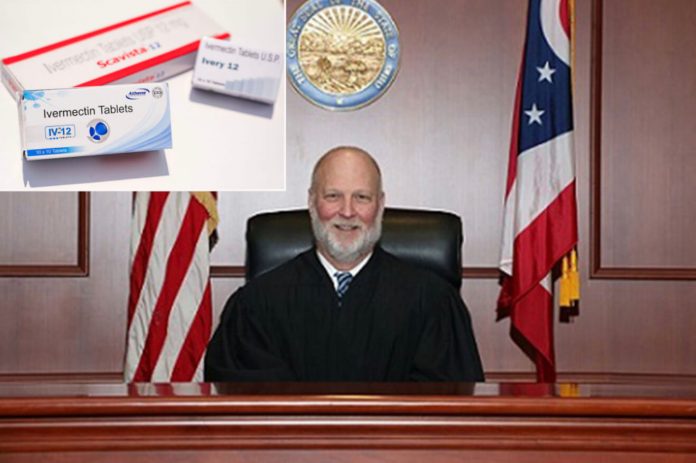 The murderers at West Chester Hospital in Cincinnati would rather patients die than treat them with Ivermectin. This is how crazed and brainwashed the Medical establishment is. A judge had to intervene to force the hospital to give Ivermectin treatment to a dying patient. In America to get competent medical treatment requires winning a court case.

The corrupt public health authorities protecting Big Pharma profits use the excuse that people desperate for Ivermectin but unable to get Ivermectin for humans are harming themselves by taking large doses in formulations for animals. This, of course, is not a justification for banning the use of doses formulated for people.

In an earlier article I pointed out that in malaria-infested countries where the population has traditionally taken HCQ weekly to ward off infection, Covid cases are rare as HCQ is also a covid preventative and cure.

Now evidence arises from Japanese researchers that in countries in Africa where Onchocerciasis or River Blindness is endemic, Ivermectin is distributed to the population to prevent or cure infection. In these countries, there is practically no Covid.

“Conclusions: The morbidity and mortality in the onchocerciasis [River Blindness] endemic countries are lesser than those in the non-endemic ones. The community-directed onchocerciasis treatment with ivermectin is the most reasonable explanation for the decrease in morbidity and fatality rate in Africa. In areas where ivermectin is distributed to and used by the entire population, it leads to a significant reduction in mortality.

The use of Ivermectin in India produced the same result. In the provinces of Delhi, Uttar Pradesh, Uttarakhand, and Goa where Ivermectin was widely used as a preventative against Covid, cases declined by 98%, 97%, 94%, and 86% respectively.

In view of these hard facts, it is not only dishonest but also intentional murder when medical authorities and presstitutes assert that HCQ and Ivermectin are unsafe, untested, and recommend against, and actively prevent, their use to control Covid.

Both HCQ and Ivermectin have been in wide use for decades and are so safe that in most countries they are available as over-the-counter purchases with no prescription required.

Two senior FDA officials have resigned in protest against the politicization of the decision to give Covid Vaccine booster shots by the White House Idiot, CDC, and Fauci, who bypassed FDA where the regulatory power resides.

The medical authorities and presstitutes know the facts. Why do they suppress them? The evidence is overwhelming that the mRNA “vaccines” do not protect, produce harmful side effects including death, and spread the virus. Therefore, the only reason to give booster shots is to worsen and spread the infection. In every country that has a majority of its population vaccinated, the vast majority of the new Covid cases are among the vaccinated. How can more vaccination be the solution? Is it really possible that public health officials, doctors, and hospital administrators are so brainwashed that they are incapable of thought? How can they be blind to the clear overwhelming evidence that the Covid vaccination program is a health catastrophe?

Why do they lie and falsely assert that the new covid cases are a “pandemic of the unvaccinated” when the most vaccinated countries have the most new cases and most of the new cases are vaccinated people? This cannot be a mere mistake on the part of medical authorities and the media. If the vaccine provides immunity why are booster shots needed every few months as Fauci now declares? Each round of booster shots produces new variants immune to vaccines. This is a policy for pharmaceutical profits and mass sickness and death.

Yet this is what our own government and medical system are doing to us.

I find the audacity of the intentional lie to be extraordinary as the available information makes the lie completely transparent. Those who are murdering people with their lies show no shame!

This is the triumph of Evil.