You Stupid Boy
Home Did You Know? The ultimate LGBTQwhateverthefckur 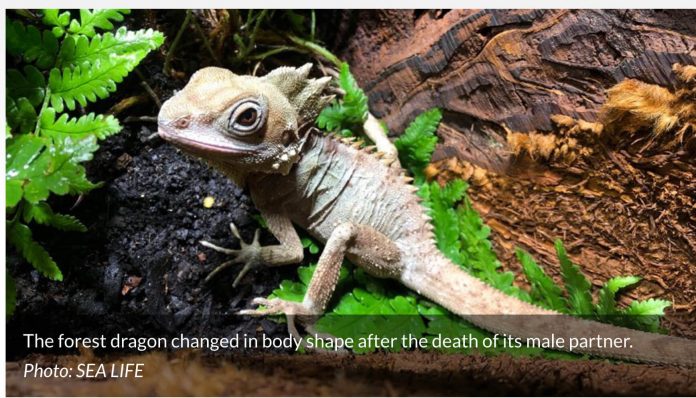 When there were no males around to mate with, a native Australian female forest dragon made itself into one.

Melbourne Aquarium has observed one of its Boyd’s forest dragons, a reptile found in the rainforests of northern Queensland, changing gender.

Reptile sex changes are rare and the aquarium team believes it is the first recorded case within the small species, which has distinctly different features among males and females.

The scaly creature had previously mated with a male and laid eggs, but stopped doing so after the death of the aquarium’s male.

It grew bigger and heavier and developed a more pronounced crest and yellow colouration, with aquarists using an ultrasound machine to unearth the cause of the changes.

They discovered there was no longer any ovarian tissue present and mature testes had developed.

“This confirmed to us that a change in female to male reproductive organs had indeed occurred against the odds,” SEA LIFE Melbourne’s Tom Fair said on Friday.

It is suspected the absence of a male in the display prompted the Boyd’s forest dragon’s evolution, but the Melbourne team can’t say for sure.

There is hope yet for all the Liarbor pardy weirdos, to learn how to fuck themselves.