The UN declares: the biggest coronavirus issue is… men 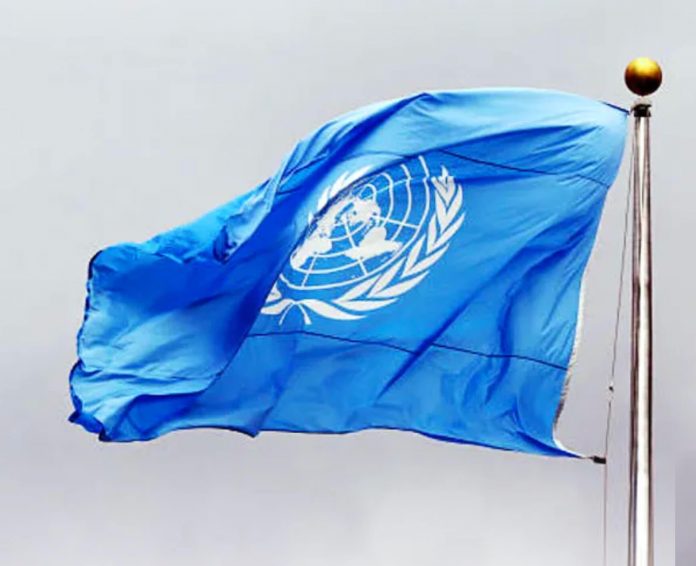 What do you think has most alarmed United Nations General Secretary Antonia Guterres about the Covid-19 pandemic?

Has he been stunned by the ability of a virus to overwhelm societies, despite our advances in modern medicine?

Has he been shocked at the treachery of the Chinese Communist Party which allowed the virus to spread around the world?

Has he been appalled at the swift surrender of civil liberties, as governments have used the virus as an excuse to bully citizens?

What keeps the UN chief awake at night is the real problem revealed by the Coronavirus — men.

The former Vice President of Socialists International told a Town Hall meeting of young women on August 31 that: “The Covid-19 pandemic is demonstrating what we all know: millennia of patriarchy have resulted in a male-dominated world with a male-dominated culture which damages everyone – women, men, girls & boys.”

And here we were thinking that the main thing this pandemic demonstrated was that groups like the UN and the WHO are run by a bunch of circus clowns.

Many people expected the comment, which was broadcast via the UN’s official twitter feed, to be quickly deleted — not because it was stupid, but because it only detailed two genders.

The UN had, after all, tweeted on March 7 that “Trans women are women. Every woman is a woman. Women are limitless, formless … women are the world.”

But putting aside the UN’s perpetuation of cis-normative patriarchal stereotypes (a big issue for the three people who care about such things) the comments show that if you thought a global pandemic couldn’t be weaponised for the purposes of identity politics, you’d better think again.

When the globe’s chief globalist insists that Covid-19 demonstrates patriarchy, his face mask has well and truly slipped. There is nothing the UN won’t manipulate in order to reshape the world in their leftist image. The UN is simply using the virus to push another agenda.

Guterres told the Town Hall meeting: “Beyond the virus itself, the response has had a disproportionate and devastating social and economic impact on women and girls.”

He waves away the fact that Covid-19 kills significantly more men than women — the WHO reported in August that 63 per cent of deaths related to Covid-19 in Europe have been among men — with a dismissive “beyond the virus itself”.

Perhaps Guterres believes more men need to die in order for women to feel better, a sentiment echoed by Australia’s Clementine Ford who tweeted in May that “CV-19 is not killing men fast enough”.

Or maybe the disproportionate number of male deaths is just typical of men — keeping most of the disease for themselves.

Guterres complained: “Between 70 and 90 per cent of healthcare workers are women, but their salaries and conditions often fail to reflect the lifesaving roles they occupy.”

On this, he has a point.

It is wrong that women working as nurses saving lives earn significantly less than World Health Organisation Director-General Tedros Ghebreyesus whose advice in January that there was “no clear evidence” coronavirus could spread between people no doubt cost lives.

Guterres went on to say: “The pandemic has exposed the crisis in unpaid care work, which has increased exponentially as a result of school closures and the needs of older people and falls disproportionately on women.”

To be fair, this is true.

Men overwhelmingly die of Covid-19 – more than their female counterparts – leaving women responsible for raising children and working. It is selfish of men to do that. They do it in war as well. This systemic misogyny has been going on for years.

Women oppressed by the worldwide mandemic must be heartened to know that Guterres is so committed to them.

Aside from turning a Chinese germ into a battle of the sexes, nothing says “I’ve got you ladies” like running an organisation that puts Saudi Arabia and Somalia on its Commission on the Status of Women.

It’s cute when globalists pretend to care about human rights.

Cicada recipes: How to cook these once every 17 years delicacies The 17-year cicadas have started to emerge from their underground homes and, soon, Northeast...
Read more
Human Stupidity

The Great Reset, California was the Blueprint. The Essay

The Rise of the China Party: How the American Elite became Captive to Chinese Money. By Lee Smith. “The Thirty Tyrants.” Following the money leads to the...
Read more
World News

You couldn’t do this here

In Scotland, they have a GPS tracking site for their snowplow teams. And…danged if they haven’t come up with some pretty creative names, too! Can...
Read more