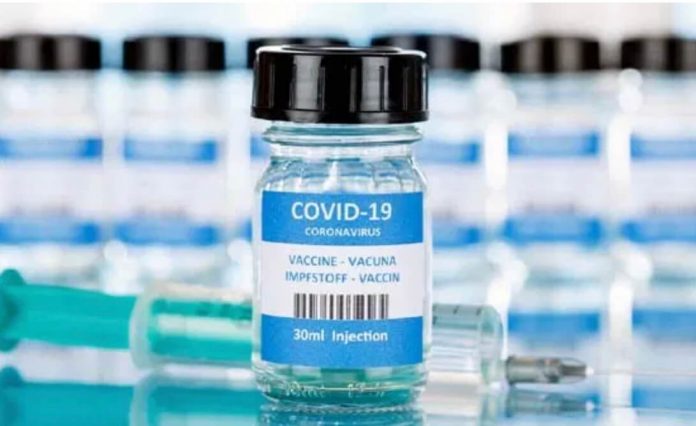 Studies have revealed the majority of Covid patients are deficient of vitamin D (30) and a growing number of clinical trials have shown that using high booster doses up to 60,000IU vitamin D in Covid-19 hospitalised patients will lower death rates and more clinical trials are underway but there is a danger they may be ignored because many studies and clinical trials in support of nutritional medicine have been underrated since the 1920s.

That was when, in the name of philanthropy, John D Rockefeller succeeded in steering medical education away from modalities such as nutrition, to ‘science based medicine’ leading to pharmacology and eventually the nanotechnology behind Corona virus vaccines. A century later we are still paying the price of his business strategy to sell oil for medicines.

The Big Pharma pharmaceutical industry and its supporting ‘philanthropic’ investors are very powerful. For them vitamin D deficiency may be an inconvenient truth at a time when Covid-19 presents an unprecedented opportunity to roll out the nanotech vaccines in which they have heavily invested. Is it possible that they have ‘influenced’ medicines regulators to ignore the clinical evidence supporting vitamin D for preventing and treating Covid-19?

Was the evidence for vitamin D withheld from the UK government? Matt Hancock’s challenging NICE and PHE to explain why he wasn’t told vitamin D could save thousands of lives, suggests as much. If this is so there could be a prima facie case for prosecuting NICE and other medical regulatory authorities for failure to recommend universal vitamin D supplementation, prior to the roll out of the vaccines. The information available before September 2020 was sufficient to justify this action in the autumn of 2020 in preparation for the winter. A reliable clinical paper, suggesting the value of vitamin D to substantially reduce the risk of influenza and Covid-19 peaks in winter months came out as early as April 2nd 2020.

The failure of medical advisers to the US government to act in favour of vitamin D supplementation resulted in the loss of tens of thousands of lives on both sides of the Atlantic in winter 2020/21. Instead of encouraging the uptake of protective vitamin D, the FDA (Food and Drug Administration) obstructed it. The FDA instructed a US Federal court to order a company in Georgia to stop selling vitamin D as a means of preventing or treating Covid-19.

Instead of recommending vitamin D as a stop gap until vaccinations were rolled out, NICE, the FDA and EU medicines regulators promoted the Coronavirus vaccination programme exclusively and this, in the long term, could add to the health burden. In addition the vaccination policy has added trillions to the tax burden of people on both sides of the Atlantic. Only Big Pharma and the Biotech industry and their ‘philanthropic’ investors stand to gain because the clinical evidence in favour of vitamin D suggests we can beat Covid-19 with summer sun, and sunshine is free.

If all this is true the tactics of Big Pharma and their investors would be nothing short of bioterrorism. The incessant Codid-19 propaganda terrorised the population when the truth is the disease revealed the endemic vitamin D deficiency in society. If the deficiency had been corrected the virus may have passed through the population like common cold or mild flu and in its wake not just Covid-19 but maturity onset diabetes, cancer, heart disease and a host of other diseases might have diminished.

Instead of tanking up on vitamin D the vast majority of people are now depending entirely on vaccinations to protect them against Covid-19. If we stand by and do nothing they will be taken deeper into the Big Pharma cycle of drugs, and vaccines which increase rather than reduce levels of disease and death. Like the sheep herded by the Big Farmer, humanity is at the mercy of a Big Pharma anticipation of massive returns from the vaccine operation.

Bill Gates openly proclaimed he expected a twenty fold return on his $10billion investment into vaccines; an eye watering $200billion. A good part of this will come from the NHS budget as the UK population queue up for their annual jabs. The corona virus is notorious for mutating new strains. No one knows for sure if it emerged from the mishandling of wild animals in Chinese food markets or from a lab but one thing is for sure, every corona virus mutation will benefit the profit from the repeat vaccinations required to beat it.

The international pharmaceutical industry must be exposed along with their agents and their investors should be brought to justice and held to account for the deaths and collateral damage caused since the first wave of Covid for turning their backs on the evidence of vitamin D effectiveness against Covid.

If Big Pharma have agents in NICE, the FDA and suchlike medical regulatory enforcement offices elsewhere in the world, these must be uncovered. Anyone in the pay of Big Pharma who influences government should be forced to declare their interests. In Columbia the drug barons bribe corrupt officials. In Europe and America, Big Pharma bestows lavish research grants on universities and professors are kept in their claw by generous consultancies. The power of Big Pharma must be curtailed.

Thanks to Covid-19 the day may come when the nutritionists of today will become the doctors of tomorrow. History may view the arrival of the corona virus as a blessing rather than a curse as it could be the catalyst of change to bring an end not only to Covid-19 but also to diabetes, heart disease and cancer, which have been the major causes of disease and death in developed nations for the best part of a century.

The lesson we should learn from Covid-19 is that pharmaceutical medicine should be used as a last resort only and nature should be allowed to return as the wellspring of health. The burden of disease will be lifted off the shoulders of humanity when we return to the sanity of looking toward sunshine, fresh air, clean water, exercise and good nutrition as the source of our well being.

The limited exposure to the sun sufficient for vitamin D production should be insufficient to damage skin, which depends on skin type. Those with light skin that burns easily can bathe in strong sun without sun guard creams for up to 20 minutes at a time. People with tanned skins are safe in the sun for a longer period of time. People with dark skins may need hours in the sun to build up their vitamin D levels.

In a clinical trial involving nearly 26,000 people, over a five year period some were given 2000IU Vitamin D a day while others were given a placebo. The study showed that the likelihood of getting malignant cancers that spread (mestatasize), such as skin melanomas, was reduced by 38% in non-obese participants who took vitamin D against the control group and obese participants. (Vitamin D is fat soluble so it tends to get lost in fatty tissue. People who are overweight need higher levels than people of normal weight to get the same benefit.) It would appear that the danger of contracting skin cancer through exposure to sunlight is mitigated by the action of the vitamin D generated by exposure to sunlight.

Considering the volume of evidence available the response would appear to be intransigent, especially as ‘insufficient evidence’ had never been an issue in the pandemic. In the urgency to find a solution, Corona virus vaccines have been rolled out without the years of trials normally required of novel vaccines to provide sufficient evidence of their efficacy and safety. It would seem that there are two sets of rules, one for vaccines another for vitamins.

If there were only one set of rules, the volume of evidence if favour of vitamin D, available by autumn 2020, would have been sufficient for those advising government to recommend that everyone take supplementary vitamin D over the winter period, as a precautionary measure to save lives and save the NHS prior to the roll out of vaccinations. That might have averted the third lockdown and could have saved tens of thousands of lives. But no general advice for vitamin D supplementation, to protect against Covid-19, was made.

With the support of Public Health England, Matt Hancock did offer vitamin D to 3.5million of the most vulnerable, but he was not permitted to mention the vitamin link with Covid-19. The vitamin was rolled out in January 2021, in minimum 400IU daily doses on the grounds of ameliorating the loss of exposure to the sun in the first lockdown.

It was too little, too late. A warning was given not to exceed the 400IU dose which was insufficient for the elderly – the majority of the vulnerable group – who need a minimum of 800IU per day. The upper safe limit of vitamin D was given as 4000IU a day.

This figure is arbitrary because in a 10 year study, involving 20,000 people, a daily dose of vitamin D, ten times this amount was shown to be safe. Only one person showed signs of vitamin D toxicity when daily doses of 50,000IU for 3 months were administered. Considering the level of adverse effects of the Corona virus vaccines, this reflects the stubborn resistance to deploying vitamin D in the Covid pandemic.

Advising governments to lockdown populations in their homes, when clinical studies were showing people needed to be outdoors and exposed to the sun, to protect against Covid-19, was nothing short of criminal action on the part of the medical and public health regulators.

Our need for exposure to the sun to develop vitamin D can be appreciated in the context of our evolution. We evolved to live in the sun not in dwellings. Houses, factories, offices, vehicles and dressing from head to toe deny us the sun. And if we do get out in the sun, evolution did not allow for sun cream. Without adequate sunshine or supplementary vitamin D, natural selection might wipe us out.

Previous articleHave Your Say
Next articleWhat is she doing ?