You Stupid Boy
Home Leftie Stupidity The War on ‘Manly Men’: Why is the Left so heavily invested...

The War on ‘Manly Men’: Why is the Left so heavily invested in reversing traditional sex roles? 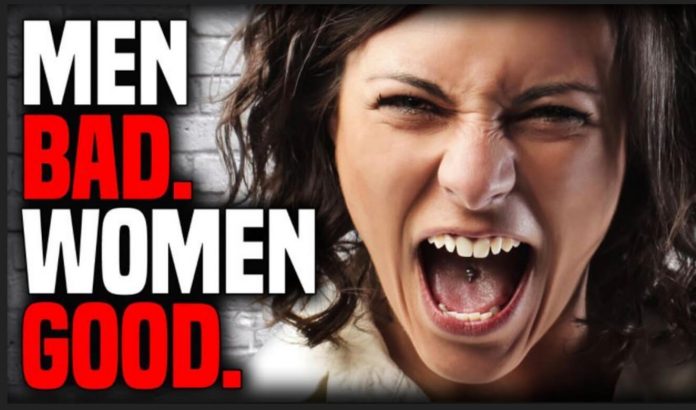 Progressives are at war with anything perceived as normal and traditional. Everything that has made us in the West who we are, and made us the freest, most prosperous, most accomplished, most civilized civilization in history — our religious beliefs, our values, our traditions, our art and literature, our history, our heroes, even our science — is now deemed either racist, sexist, classist, homophobic, Islamophobic, colonialist, oppressive, exploitative, or a toxic combination thereof, and must be erased. Our past and any links to it are unacceptably unwoke, and so Progressives seek relentlessly to redefine, or preferably eradicate, every cultural norm in order to remake the world according to their self-righteous, allegedly inclusive, collectivist, utopian vision.

The Left claims falsely that sex distinctions derive almost exclusively from an oppressively patriarchal nurture, not nature. This is important to their agenda because erasing such distinctions is necessary for the “abolition of the family,” which Karl Marx called for openly. Why? Because the bonds of the nuclear family are the last and most resistant line of defense against collectivism and totalitarian control, and masculinity is the warrior spirit of the nuclear family. If you emasculate men by disparaging their aggressive, competitive, high-achieving drive as “toxic,” and by denying the hard-wired differences between them and women, then men become neutered, the family unit disintegrates, resistance dissolves, the “community” replaces our family, and the State becomes our parental authority. …

Put women on a men’s football team, put men in dresses, celebrate them both as virtuous milestones and mock those who think otherwise, and the distinctions and definitions of the sexes will gradually blur. Masculinity and femininity will begin to have no meaning. This is already happening.

Candace Owens was not wrong when she claimed that “the steady feminization of our men at the same time that Marxism is being taught to our children is not a coincidence.” True — it is no coincidence. The emasculation of Western men is a direct, intended result of the cultural Marxism that has been poisoning our youth for decades. The goal is to sap the independence and fighting spirit of masculinity and to undermine resistance to the power of the State.

Contrary to the Left’s claims, though, this doesn’t make human beings freer and more evolved; it diminishes both men and women and makes us more confused about our roles and purpose in the world. It leaves us unmoored from our true nature, from God, and from each other — just as the State wants us.

The modern left have a lot to answer for. They are systematically trashing the best civilization the world has ever known.

Around 1800, western civilization made the technological and moral breakthroughs that allowed it to finally escape the Malthusian existence that had been mankind’s lot since forever. Until then, the human population was limited by the amount of food it could find. Quality of life, as measured by the number of calories per person and the hours required to obtain those calories, had been static for thousands of years. A huge speed up in technology allowed us to outstrip the food problem, and the modern world came into being.

Western civilization promptly shared the breakthroughs with the rest of the world,. Humanity has never been as free, well fed, and numerous as today.

The left is apparently blithely (willfully?) unaware of that main arc of human history. In its quest for power and status, it is destroying the very things that made that success possible. If our global civilization falters, we could fall back into a Malthusian existence, and the flowering of humanity will have lasted just a few hundred years.