You Stupid Boy
Home World News The World Is Running Out Of Fertilizer, Why?

The World Is Running Out Of Fertilizer, Why? 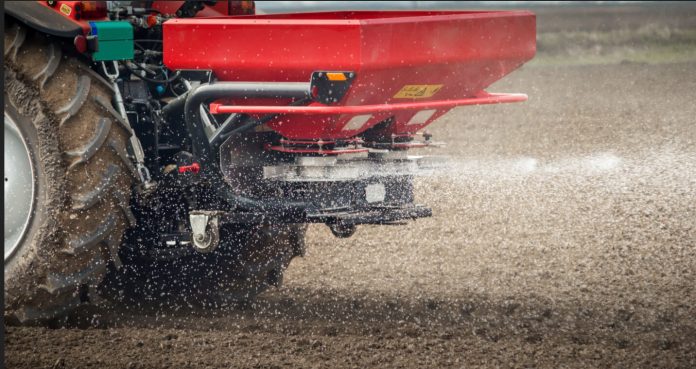 The World Is Running Out Of Fertilizer, Why?

According to Joseph Tainter, a renowned anthropologist, societies collapse when they display a profound loss of sociopolitical complexity.

But I would argue there’s another reason why societies collapse; it involves self-reliance—or a lack thereof. The more a country relies on another country for support, the greater the chance of collapse. Self-sustainability is the key to progress.

This might sound like an obvious point to make, but it’s one that many countries around the world have repeatedly failed to heed, including the United States.

Today, from South America to Southeast Asia, import dependency reigns supreme, with “dependency” being the operative word. Take Nepal, for example, a country I’ve spent plenty of time in (my fiancée comes from the capital, Kathmandu).

The Nepalese economy is heavily dependent on imports of basic materials, including coal briquettes and ovoids, as well as a whole host of other solid fuels. The Himalayan nation imports 73 percent of its coal. It also imports large amounts of construction materials and metals.

Economists have said this shortage could last for the rest of the year. This shortage will drive up the costs of food and will also result in a profound drop in crop yields, which will then drive prices up even more.

Worryingly, China is the primary exporter of chemical fertilizers not just to Nepal, but to almost all major countries around the world.

In South America, as The Wall Street Journal recently reported, high fertilizer prices are weighing heavily on the minds of farmers across the continent.

South American countries produce much of the world’s avocados, corn, and coffee. Lack of access to fertilizers is “making it much costlier to cultivate” these crops. In fact, it’s forcing many farmers to cease production entirely.

Of course, what’s happening in South America will have global consequences. As The Wall Street Journal piece states, expect grocery bills to “go up even more in 2022, following a year in which global food prices rose to decade highs.”

This uptick also looks likely to “exacerbate hunger—already acute in some parts of the world because of pandemic-linked job losses—and thwart efforts by politicians and central bankers to subdue inflation,” the piece reads.

According to credible reports, 70 percent of China’s fertilizer exports go to countries in South America.

A number of China’s biggest fertilizer companies have said they’re banning the export of phosphate—the key ingredient in commercial fertilizers—until at least June.

There are two reasons for this: to ensure the supply of fertilizers at home and to secure the country’s food production.

China is the largest producer of fertilizers in the world, producing more than the United States and India combined. Not surprisingly, China is also the world’s largest exporter of fertilizers. You might not like the way communist China does business (and you really shouldn’t), but the manner in which it controls the world’s supply of valuable goods is as impressive as it is terrifying.

Across Europe, farmers are also feeling the pinch. As Bloomberg writers Yuliya Fedorinova, Megan Durisin, and Veronika Gulyas recently reported, with farmers in countries such as France and Germany preparing to spread fertilizers on fields, “sky-high nutrient prices are leaving them little choice but to use less and try to pass on the cost down the food chain.”

As a Food Business News article states, in the United States, the word “fertilizer” has become synonymous with another word, “H-E-L-P,” “due to tight supplies and soaring prices.” Supplies, or lack thereof, will only serve to drive “crop production costs upward,” according to the authors.

The rise in production costs may also have a particularly negative effect on corn yields, as the crop has “high fertilizer (nitrogen) requirements and a high breakeven point.”

In the United States, corn is the primary feed grain, accounting “for more than 95 percent of total feed grain production and use,” according to the U.S. Department of Agriculture. Along with key producing countries such as China, curbing production and exports of fertilizers, sky-high freight costs and logistical issues have further compounded matters.

Things are bad. Very bad. The proverbial stuff has very much hit the fan. As the author Michael Syder recently said, “dramatically increased costs for fertilizer” are making it impossible for many U.S. farmers to make a living.

The United States is already experiencing all three. Expect things to get considerably worse before they get better.

Self-sufficiency, the very thing the United States needs, is sorely lacking. It has been for years. Now, sadly, average Americans are the ones left to foot the bill and pay the heftiest of prices.

Previous articleHave Your Say
Next articleThe CDC Knew Vaccines Were Unsafe, But Said NOTHING