THE LAND OF THE WRONG WHITE CROWD

In recent years, New Zealand has been torn apart by anti-White, anti-Anglo activists claiming all sorts of grievances for anyone identifying themselves as Maori.

They are stealthily preparing to rename New Zealand as Aotearoa to further de-legitimise the traditional Kiwis who built the Nation. They have used a radical interpretation of the Treaty of Waitangi as a battering ram. 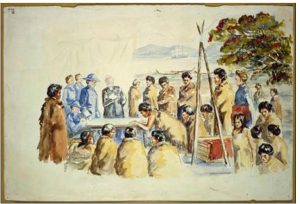 Chris Newman argues that this approach is deeply flawed because the principles of the treaty are not secular as these radicals have argued. The treaty was in fact based on Christian principles which were embraced by all the parties involved…..

Searching for the Treaty’s Hidden Meaning

In the 1980’s Parliamentarians began an unsuccessful search for the elusive “principles” to interpret the words of the Treaty of Waitangi.

In 1985 the Court of Appeals Judge Robin Cooke, with the Treaty in one hand and his law manual in the other, declared he could define these missing principles.

Judge Cooke determined the Treaty was a legally binding business contract between just two parties, Maori and the Crown. He said it was a fiduciary (trust) matter to be interpreted under law as a mutually binding covenant.

The Judge’s secularised opinion became the means for the Waitangi Tribunal lawyers to monopolise the nation’s interpretation of the Treaty. 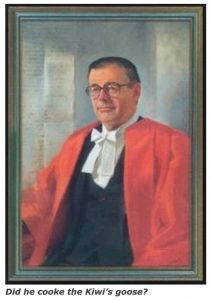 The question is, did Cooke with his exclusive legal contract perspective have the right understanding of the Treaty and the principles built into its framework?

Judge Cooke’s opinion failed to consider precedent, which is essential for interpreting meaning. Some sixty years preceding the Judge’s 1985 ruling, the famous Maori Christian Prophet T.W. Ratana stood before his people and proclaimed, “With the Treaty in one hand, and the Bible in the other”.

Prophet Ratana, originally a Taranaki farmer, was fluent in Maori language and he deeply understood the meaning of the Treaty. He knew people whose parents and grandparents were Treaty signatories. 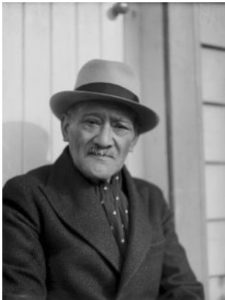 Ratana focussed on spiritual, social, economic, political, historic and cultural issues. He was a missionary who uplifted Maori using the principles of Christian morality.

In making this statement, Ratana revealed the true and unchanging principles for interpreting the Treaty. He identified the principles as the Christian Ten Commandments plus Jesus’ Golden Rule.

Ratana called for the government, representing the Crown, to heed its responsibilities to administer the Treaty along Christian-based principles of moral accountability.

Unlike Judge Cooke, Ratana was not a secular legalist. He interpreted the Treaty from a moral, spiritual and social perspective. Prime Minister Joseph Savage, a Christian, agreed with Ratana’s understanding.

In 1924 Ratana organised a petition to address historic grievances around land issues. His followers collected 35,000 signatures, some 60% of the then Maori population of 59,000, recorded by the 1921 census as full-blood and half-caste.

The Ratana petition urged the government to honour its Treaty obligations and to correct the wrongs done to Maori.

From 1919 to 1939 Ratana spoke at virtually every marae, with the Treaty in one hand and the Bible in the other. There was no doubt for those Maori about the Christian principles woven into the Treaty.

Prophet Ratana directly referred to the THREE parties connected within the Treaty; the Crown, the chiefs and tribes, and the people of New Zealand.

Cutting out the Rights of the New Zealand People

To the Maori of Ratana’s time the Christian basis of the Treaty was self-evident. Our perspective is coloured by eighty years of secularism and the notion that “anybody who feels so” can be Maori.

In recent decades academics and activists with self-serving agendas have wrapped their opinions around the Treaty. They use the judicial activism of Judge Cooke to justify interpretations that spawn division and disagreement.

The New Zealand people are now excluded from the Treaty conversation. Many are confused by the self-serving manipulations of politicians, lawyers, elitists and activists which are amplified by the media.

Ratana condemned the unchristian behaviour of such guilty people who are morally corrupt, impure in motive and act to destroy the common good.

What evidence exists to prove that Ratana correctly yoked together the Treaty and the Bible? History proves that each key participant involved with the Treaty was directly connected with Christianity and welcomed the introduction of Christian values to guide the new nation’s morality.

In 1840 Queen Victoria, at the height of her powers, was head of the Church of England and represented the Crown. The people of New Zealand, represented by the missionaries and residents were already the Queen’s subjects, ‘de facto’ under British law. 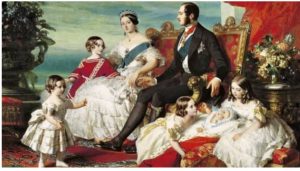 The Maori chiefs and tribes were represented by those who signed the Treaty. James Busby drafted the Treaty in English and missionaries Rev. Henry and Edward Williams, who were fluent in Maori translated it.

These missionaries had an immediate understanding of Maori ways at a depth inaccessible to today’s part-Maori experts and academics.

Many of the chiefs and tribes were either Christian, or Christianised. For example, Hone Heke one of the first signatories was a Christian lay preacher.

A Road Map for Peace

The Crown, the chiefs and tribes, and the people of New Zealand fully understood the Christian basis of their shared project. They hoped to build a better future where the devastating Musket Wars would cease and Christian peace and prosperity would reign under the sovereignty of British Law.

British Law founded on the Magna Carta derives its core principles and precepts from Biblical sources. The Ten Commandments, The Golden Rule and many other concepts on contracts, social arrangements and cultural values are built in to the British model for culture and society.

The core principles, rules, tenets, opinions and canons woven into the Treaty of Waitangi, in the Maori and English versions, are Christian in origin. No other interpretation is factually possible.

Judge Cooke’s opinion, an extremely narrow legalistic view, cannot represent the true meaning of the Treaty. The Crown, Maori chiefs and tribes and people of New Zealand were entering a higher level of relationship as a new born nation. Prophet Ratana and the Maori of his day fully agreed with the intentions of 1840.

When Ratana’s followers entered politics, his closest disciple Eruera Tirikatene, elected as the candidate for Southern Maori in 1932, declared before our Parliament;

“I represent the Ratana policy, the Treaty of Waitangi…My platform is the fulfilment of the conditions set out in the Treaty of Waitangi. Without the spilling of one drop of blood the great chiefs of the past handed over their sovereignty to Great Britain in return for an assurance that they and their descendants would have full, exclusive, and undisturbed rights and possession over their lands, forests and fisheries, or such properties as they owned at that time. It seems sad to think now that the descendants of these chiefs are now penniless.”

The first seal of the new nation of New Zealand represents Queen Victoria amidst Maori Chiefs giving her their allegiance. The second seal represents the three Treaty parties, Crown, Maori chiefs and tribes, and the people of New Zealand.

Finally the people of New Zealand have access to this evidence.

The way to restore national unity and trust is once again accessible. Prophet Ratana displayed great foresight in 1924, when with the majority of Maori he declared that the Treaty and the Bible go together, inseparably.

Problems stemming from the radical re-interpretation of the Treaty have been created by those who have discarded the truth of the Christian foundations of our Maori and British ancestors.

Self-serving activists reject the Bible and therefore deny the truth of the Treaty. They are judged by the truth of T.W. Ratana’s wisdom and insight. Prophet Ratana was also a healer. His words and example demonstrate to both Maori and Pakeha that We are One People within the Treaty.

Two centuries of intermarriage prove Ratana’s point of unity. Representatives of three parties have inherited the Treaty. We share responsibility before our ancestors and descendants to work peacefully together to build New Zealand as God’s Own Nation.

Previous articleBring Back Toxic Masculinity
Next articleHave Your Say

Thanks for posting the link Viking. From the Voices For Freedom website https://voicesforfreedom.co.nz/blog/post/position-statement-government-doesnt-want-you-see On Friday the Ministry of Health (MoH) published a new guidance document on its...
Read more
NZ Politics

Shows you how far down the road to communism we are. Count off the steps as you listen. This pandemic response has nothing to do...
Read more
NZ Politics