You Stupid Boy
Home Chinese Virus There Is No Pandemic

There Is No Pandemic 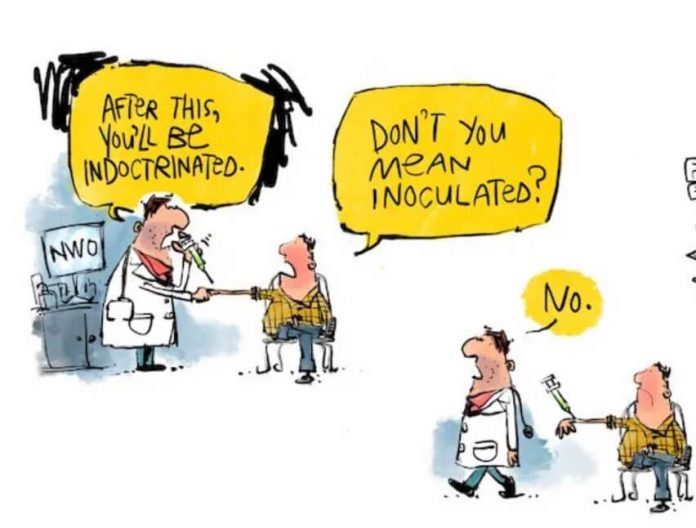 There Is No Pandemic And Here’s Why

Last night I was joined, on my podcast, by Denis Rancourt. He is a Canadian scientist and social theorist. Denis co-authored a massive paper in which they concluded that, in the United States, there is no evidence of a pandemic.

They studied all-cause mortality, which is the most reliable data because, as Denis said, deaths are deaths, regardless of cause. Either somebody died or somebody didn’t die.

In last night’s podcast with me, Denis discusses

I wondered whether or not the study’s conclusions export to countries outside of the United States.

Denis said they do.

What’s expected is that the corporate media will ignore independent research like this, because truth doesn’t matter anymore.

Most people don’t care about reality and, instead, prefer living inside their bubble of propaganda fed to them by, what Curtis Yarvin refers to as, The Cathedral.

The mystery of the cathedral is that all the modern world’s legitimate and prestigious intellectual institutions, even though they have no central organizational connection, behave in many ways as if they were a single organizational structure.

Most notably, this pseudo-structure is synoptic: it has one clear doctrine or perspective. It always agrees with itself. Still more puzzlingly, its doctrine is not static; it evolves; this doctrine has a predictable direction of evolution, and the whole structure moves together.

A good example of the above is “fact-checkers”, such as those at Facebook.

They are paid to perpetuate a narrative; they are not paid to check facts.

If I make a Facebook post about an adverse reaction to a Pfizer injection, then the “fact-checkers” overlay it with a message about why “vaccines are safe” or something similar.

Why do they do that?

Because they’re perpetuating a narrative.

YouTube openly states that it removes any video that isn’t aligned with the position of the World Health Organisation (WHO).

Why do they do that?

Because they’re perpetuating a narrative.

WHO Pandemic Treaty Would Mean ‘The Abolition Of Democracy’ The abolition of democracy by the global elites continues…This amounts to no less than disenfranchising the...
Read more
Chinese Virus