You Stupid Boy
Home Climate Change Bullshit They Control You 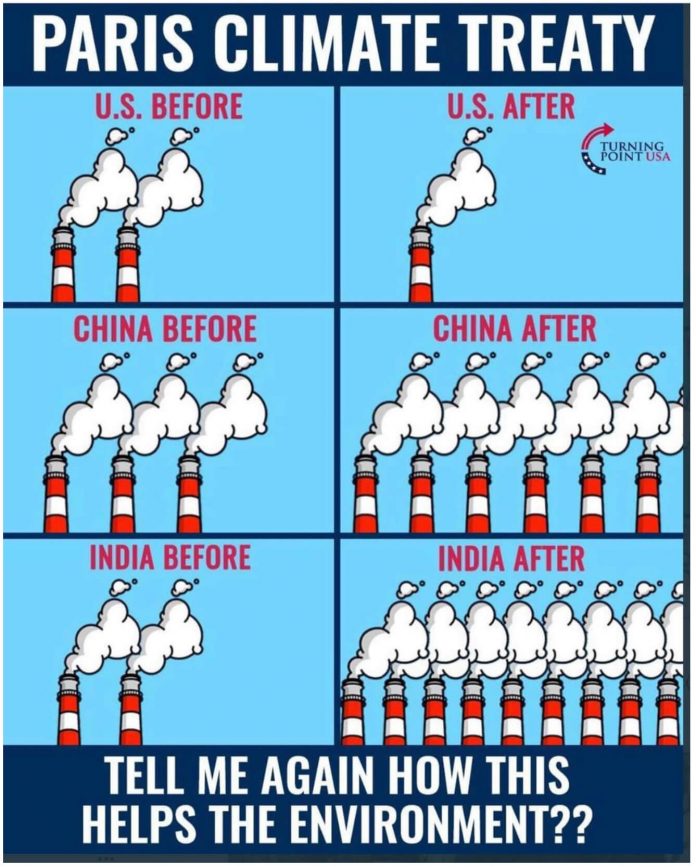 Billionaires  fly their fuel guzzling private jets to a lavish party to declare you’re not allowed to run your two stroke motor.
It’s all a scam designed to transfer your money to their pockets. 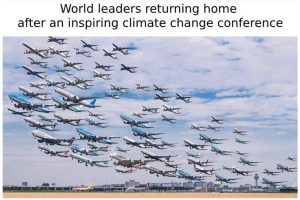 As China expands its influence globally under the Belt and Road program, renewable energy is a big priority. The world’s largest wind-turbine manufacturer, the Chinese-owned Goldwind, has a growing presence in Australian wind and solar farms, especially in Victoria (under Chairman Dan Andrews) but also in NSW under Energy Minister Matt Kean. The Goldwind model is all good for China and all bad for Australia.
.
As an energy source, the company’s windmills and solar farms are making our manufacturing industries less viable, while in China, Goldwind is using huge volumes of thermal and coking coal to produce the wind towers and solar panels they send to Australia.
.
They are using the natural resource (coal) that our governments are trying to kill off, to create millions of jobs in their country as we deindustrialise ours.
It’s an example of economic self-harm, with Australia exporting mining and manufacturing jobs to China.
Goldwind is a Chinese state-owned company run by the Chinese Communist Party (CCP). Its founder Wu Gang is a long-standing CCP member and was a deputy to the 12th National People’s Congress.
.
Goldwind was established in the 1980s. The CCP owned it outright until it was listed on the stockmarket. Now its top investors are Chinese state-owned corporations, which is just a different form of CCP control.
.
Whereas the Chinese telecommunications giant Huawei has been subject to extensive political scrutiny, Goldwind’s activities have largely slipped under the radar. Yet there’s no doubt that international renewable energy investments are an integral part of China’s Belt and Road ambitions.
.
The Institute for Energy Economics and Financial Analysis reports that between 2015 and 2021, the Chinese installed 40 per cent of all wind energy worldwide and 36 per cent of solar. They have matching aspirations for this kind of dominance in pumped hydro, electric vehicles and battery production. The Brookings Institution has said that, ‘China has become the centre of gravity for the global energy market’.
.
At a time when Australia’s relationship with China has deteriorated sharply and our national security is at risk, why are our governments sleepwalking into increased Chinese control of our electricity grid? If the Port of Darwin is important, the power grid is doubly so.
.
How can a country defend itself if another nation controls its essential electricity infrastructure and supply?
.
Goldwind is spearheading China’s drive to own and manage large parts of Australia’s power network. It already has dozens of assets on its books.
One of its strategies is to buy wind farms after local companies have secured development approvals, thereby avoiding community concern about Chinese control during the EIS and final consent stages.
.
This happened at the Gullen Range Wind Farm on the NSW Southern Tablelands in 2011, when Goldwind stepped in to purchase the development consent and built the necessary wind towers (using Chinese products, of course). Ditto the same process in 2014 when Goldwind bought out the massive 119-wind tower White Rock development near Glen Innes, NSW.Double ditto, three years later when it purchased the 300MW Yass Valley (Coppabella) Wind Farm project consent.
.
In these three cases, Goldwind’s acquisitions were from an Australian company called Epuron, which seems to specialise in the site identification, land leases, transmission planning and public consultation for wind farm developments, before on-selling to China’s Goldwind.
.
Epuron’s leading wind farm engineer is Keer Huang, who has been a member of the China Entrepreneur Club since 2014. From 2018 to 2020 he worked for Goldwind as its site engineer.
.
Currently Epuron has 11 more wind farm proposals underway, one of which is the Bowmans Creek development, east of Muswellbrook in the Hunter Valley.
Public feedback on the EIS for this 60-wind tower, 17,000-hectare monstrosity closed last Tuesday, 11 May. It’s a sprawling overbuilt development impacting heavily on regional landscapes and agriculture, mainly beef cattle grazing.
The local residents’ action group, Stop The Spin, has said, ‘The community does not and will never support the industrialisation of our beautiful mountains surrounding the Hunter Valley.’
.
From what I can see, the possibility of another wind farm sale to Goldwind is not mentioned in Epuron’s presentational documents for the project. When I asked Energy Minister Matt Kean on the parliamentary Notice Paper about the national security implications of Chinese companies taking over NSW’s electricity grid, he said it was a matter for the federal government. Hopefully Goldwind is on the list of Chinese companies Foreign Minister Marise Payne is re-examining, following her cancellation of Victoria’s Belt and Road deal.
.
Kean has a manic determination to reach 100 per cent renewables under his so-called Electricity Roadmap, having announced last month that NSW needs to get out of all fossil fuel use (coal, gas and oil) by 2035. He doesn’t seem concerned by the extent of Chinese ownership. Last year he even gave Goldwind a $10 million grant to expand its energy operations in NSW.
.
That’s right, the NSW Government is funding the Chinese Communist Party and its corporate subsidiaries to take over our electricity grid.
The Port of Darwin is the Teddy Bear’s Picnic compared to this act of folly.
Previous articleHave Your Say
Next articleAre They Doing This Here?