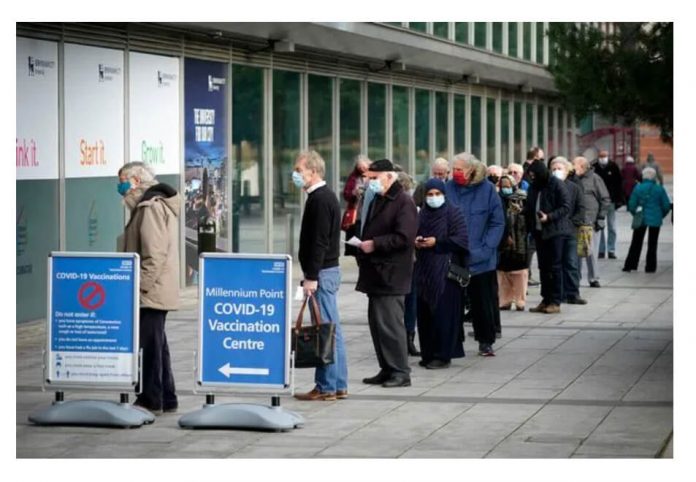 Why The Apparent Desperation For Total Global Vaccination?

I don’t think I am the only person that has noticed it – there has been a sudden deluge of covid vaccination propaganda and vaccine passport propaganda in the past month, more so than I think we have seen since the beginning of this year.

I am speaking of the US in particular, but it is important to point out that in the US the establishment is still desperately clamoring for a much higher vaccination rate. In places like Europe, the UK and Australia vaccinations rates are higher and governments have moved on to the vaccine passport phase of their agenda.

Some people may be confused by the obvious lockstep that most nations are moving in as far as covid mandates and restrictions are concerned.

How is it possible that almost all the governments on the planet are in agreement on medical totalitarianism?

Well, it’s rather easy to understand when you realize the majority of them are linked together through globalist institutions like the World Economic Forum, which has repeatedly called the pandemic a “perfect opportunity” to push through their plans for a “Great Reset”.

The “Great Reset” is a long-term ideological usurpation of what’s left of individual freedom and free-market economies, and its goal is the imposition of a global socialist / communist dictatorship.

Globalists wrap these objectives in pretty-sounding words and humanitarian sounding aspirations, but at bottom, the “Reset” is about an end to liberty as we know it. This is not an exaggeration, this is reality; this is what these people desire above all else. But how to achieve such a goal?

Well, interestingly enough the WEF and the Bill And Melinda Gates Foundation described exactly how they planned to do it during a “simulation” they held in October of 2019 called “Event 201”. During the event, they imagined a massive coronavirus pandemic, spread supposedly from animals to humans, which would facilitate the need for pervasive restrictions on individual liberties, national economies as well as the internet and social media.

I’m sure it’s all a coincidence, but the exact same scenario the globalists at the WEF played out during Event 201 happened in the real world only two months later.

In any case, the pandemic itself has been a boon for the globalists.

We have not seen a far-reaching government power and corporate power grab since the rise of the National Socialists in Europe and the spread of communism in Russia and China almost a century ago.

In fact, I would say that what humanity as a whole is facing today is much worse than what those wretched empires ever could have produced.

There is no doubt; globalist institutions and their government “partners” are the greatest beneficiaries of the covid crisis. They stand to gain ultimate social and political power if their agenda to exploiting the pandemic succeeds.

That said, there are a few hangups in their plan, and this is why I believe we are seeing an aggressive propaganda push in recent weeks. For example, as I outlined with extensive evidence in my article ‘Biden’s Vaccine Strike Force Plan Stinks Of Desperation’, it appears that the vaccination rate, especially in the US, is nowhere near as high as the elites would like.

While the Biden Administration and the CDC claims an overall vaccination rate of 67 percent, numerous other stats including the Mayo Clinics state map numbers indicate that only four states in the US actually have a vaccination rate over 65 percent (for one dose or more), and the majority of states have rates around 50 percent or less.

Even large population blue states like California and New York are not above the 65 percent mark, and frankly, those numbers are going nowhere as vaccinations are dropping off a cliff.

If someone has not submitted by now with zero wait times and ample doses everywhere, then they are unlikely to ever be vaccinated.

Contradictory stats suggest to me that Biden and the CDC are inflating their vaccination numbers to create the illusion that a larger majority of Americans support the jab. And if this is the case, it explains why Biden, Fauci and the mainstream media are force-feeding the public with pro-vaccine hype that consistently contradicts the real science.

They are not getting the fear and public compliance that they had hoped for.

But why do they want 100% vaccination? Why are they so desperate for every single person in the world to get the mRNA jab?

After all, the average (IFR) death rate of covid is a mere 0.26% of those infected (this is a stat that the media consistently and deliberately refuses to mention to the public). This means that 99.7 percent of the public is in NO danger from covid whether they are vaccinated or not.

Do the vaccines ensure better odds? Well, according to recent statistics from Massachusetts, not necessarily, as they report over 5100 infections and 80 deaths of fully vaccinated patients. The media keeps telling us that only the unvaccinated are dying, but this is a lie, like so many other lies they have been peddling when it comes to covid.

So, what’s the point of taking an experimental vaccine if the death rate of the virus is so low and the jab doesn’t necessarily protect you anyway?

There is no point. The science and the stats do not support it. The vaccines can’t even be credited with the decline in infections and deaths this year; the numbers plunged in January – Only 5% of the population was vaccinated by February.

The only explanation for this is that the population hit herd immunity many months ago. Remember when governments said that they needed 70 percent herd immunity or vaccination to stop the lockdowns and mandates? The goalposts have been moves several times and the government “science” changes monthly.

We must ask the question again – Why does the relentless government push for total vaccine saturation? It’s not saving lives, and the mandates remain regardless, so why?

I can only posit theories based on the evidence at hand, but I think it’s clear to most of us that vaccines are NOT about public health nor are they about saving lives. They are obviously about something else…

As numerous virology and vaccine experts have warned over the past year, there is a great risk of harmful health side effects when it comes to experimental mRNA technology. Even one of the creators of mRNA vaccines has suggested that there are dangers in rolling out these gene manipulation cocktails without more testing. Of note concern about longer term disorders such as autoimmune disorders and infertility.

Most vaccines are tested over the course of 10-15 years before they are released to the public for use. The covid vaccines were unleashed on the public within months. Honestly, I have no intention of acting as a guinea pig for an untested vaccine.

But what if the elites know exactly what the side effects will be? What if the vaccines are a pivotal part of their “Great Reset?”

The infertility question in particular is drawing the most fire from the establishment, and I would point out a particularly insidious narrative being implanted in the media.

Whenever people question the chance of sterility caused by the vaccines, bureaucrats and media talking heads go on the attack, and then say “There’s no evidence that the vaccines cause infertility, but Covid-19 might cause it…”

This is why the establishment needs a 100 percent vaccination rate; unvaccinated people would stand as evidence of their crime. Let me explain…

My concern is that Klaus Schwab’s reset agenda is impossible to enforce in a permanent way unless the human population is greatly reduced over a short period of time (a generation or two). Globalists are constantly talking about population control and reduction. Elites like Bill Gates are famous for it. Is it any wonder that they would devise a plan to institute it?

What if, as many experts have suggested, the vaccine side effects create this condition of a diminishing population? What if they are meant to? We will not know for certain for a couple of years at least as autoimmune disorders and infertility take time to become visible in a population. The average timeline for actually diagnosing an autoimmune disorder is 4.5 years. Infertility can take six months to a year to diagnose.

If a large population of millions of people remains unvaccinated after the next couple of years, then they will represent a sizable and undeniable control group. A control group is a group of subjects that act as a pure sample untouched by a drug or vaccine experiment.

If the vaccinated group becomes ill or dies from specific conditions and the control group does not have those same conditions, then that is a pretty good sign that your vaccine or drug is poison.

The 50 percent of Americans and smaller percentages in other nations are a control group for the experimental vaccines. If something goes wrong with the vaccines, then we will be the proof. I suspect this is what the elites are really afraid of.

They have to force us to be vaccinated as well – ALL of us so that there is no control group and thus no proof of what they have done. They could simply blame mass health disorders on covid itself, or some other false culprit.

If the vaccines are a Trojan horse that causes widespread illness or infertility, and the globalists get caught because a control group exists, then it will mean outright rebellion along with ropes and lampposts for them. Their “Great Reset” will fall apart.

To be sure, this might happen anyway. Vaccine passports are the line in the sand for most people. We are even seeing extensive protests and riots in places like Italy, France, UK, and Australia over the draconian passport scheme. The US, though, is where the biggest fight will take place, in my opinion.

We have an armed population, millions upon millions of trained combat veterans and civilians, a military with around 70 percent conservatives and independents and a historical understanding of asymmetric warfare. As we have seen in places like Afghanistan, tanks, jets, missiles, and drones are no guarantee if victory against a guerrilla force.

Vaccine passports are not going to happen here. We simply won’t allow it.

And, they must instill permanent lockdown conditions in the near term to stifle growing dissent.

We are now in a kind of race in which the globalists must implement their agenda as fast as possible while we must hold out and hold them back until the truth becomes obvious to the masses; the truth that the lockdowns, mandates, and vaccines were never about safety and were always about control – from social control to population control.

Previous articleThe Covid Scam Is Unraveling
Next articleHave Your Say