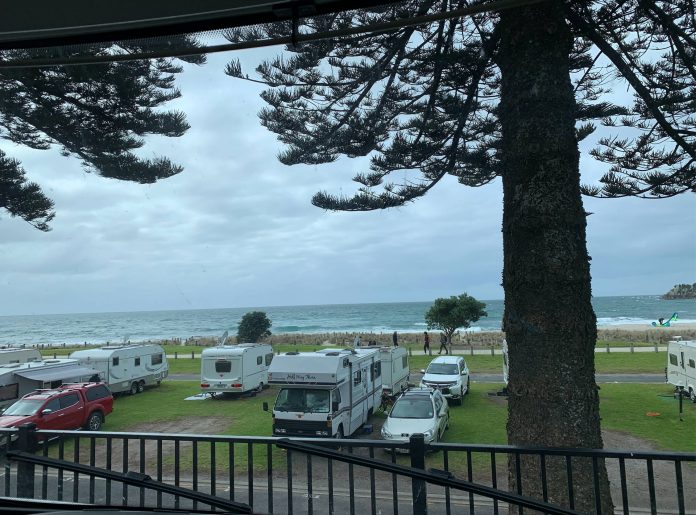 Spent last weekend in The BOP. Stayed in the Mount Camp ground at the foot of the mount. As you can see from the photo, it was a wild and windy weekend. Had 4 days there and was very enjoyable. On the first night, 3 bottles of wine and half a bottle of Drambuie certainly kept the cold at bay. Our intake for the rest of the evenings was somewhat reduced, but did our best to support the local community.

It was a test trip for our new tow car. Went like a breeze, no problem towing. It was handy to drive around the Mount and over to Tauranga.