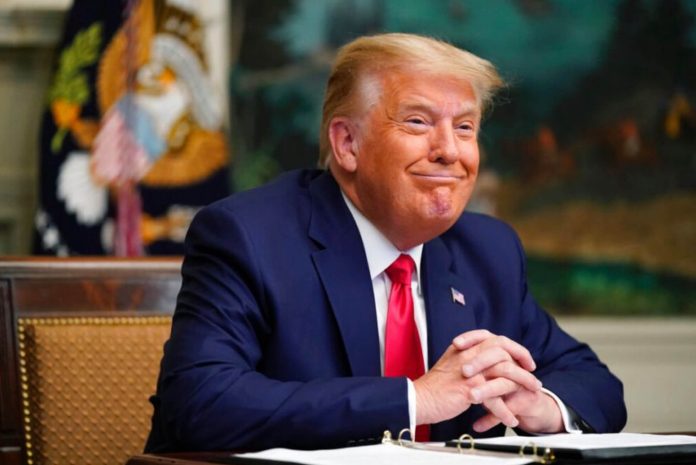 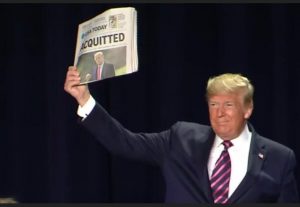 No TDS here. We are all proud Trump supporters on YSB. All other woke blogs can go suck on lemons, to justify their ugly mugs.

After a slow start, Trump’s attorneys had a barn-burning impeachment closing

Trump hired his legal team for the impeachment just a few days before the proceedings started, which may have accounted for their singularly lackluster opening argument.  However, by Friday, they’d gotten their ducks in a row, and David Schoen, especially, had a great closing argument.

He opened by pointing out that Democrats improperly sat on footage of events in the Capitol to blindside Trump’s defense team and deny him due process.  From there, he moved to the fact that the Democrat House impeachment managers outright lied about their alleged evidence, whether it was faked tweets or manipulated video.  As part of this lambasting of the Democrats for dishonesty, Schoen played for them Trump’s entire statement about events in Charlottesville, which the Democrats and the media (but I repeat myself) twisted into the disgraceful, defamatory “fine people” hoax.

Schoen demonstrated that Democrats have lusted after impeachment since Trump’s inauguration.  The next thing he showed is that Democrats actively promoted violence in the street and have frequently and openly expressed their desire to commit actual violence against Trump, his supporters, and America itself.  Moreover, to the extent Trump used the word “fight,” he did so in a purely political sense, which is something that Democrats have done repeatedly over the years.

What was really funny was the defense that Stacey Plaskett, one of the House impeachment managers, raised to the part of the montage in which Democrats repeatedly stated that they would fight Trump and demanded that their supporters do so as well.  According to her, the whole montage was…wait for it…racist and sexist: 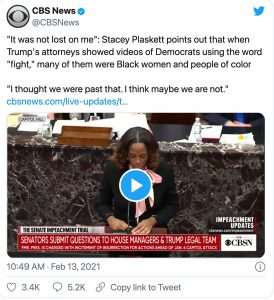 In addition to Schoen’s excellent arguments, Michael T. van der Veen, another Trump attorney, made a compelling point about the violence at the Capitol — it was a multi-faceted attack with people from the range of the political spectrum: “One of the first people arrested was a leader of Antifa.” 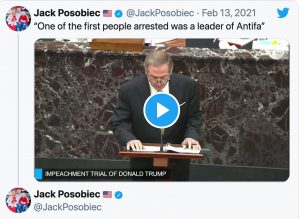