Trust the Plan – WHAT’S THE PLAN? 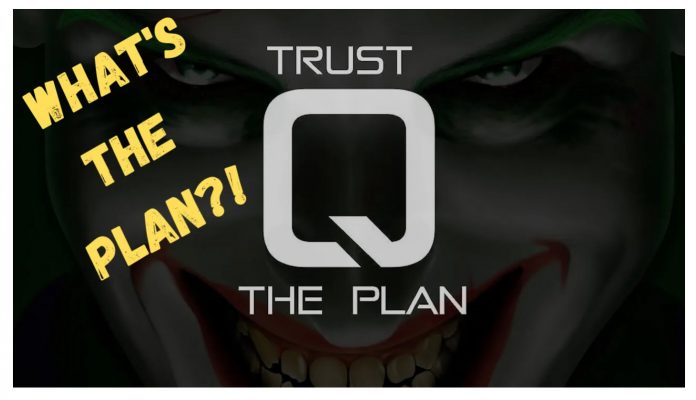 TRUST THE PLAN! This is what we’re told.

Some people on the internet are “INTEL experts” but they aren’t allowed to reveal their sources.

They tell us to TRUST THE PLAN and if we become members of their new age following, we’ll receive special intel not accessible to others. Odd.

I get it, I think, but how do these people have any INTEL at all and why would they release any info to the public if it could possibly ruin the plan.

We have been told for months to trust the plan, even though we don’t know what the plan is.

I hope there is a plan and I want there to be a plan, but without knowing the plan, how can we trust or follow said plan?

The plan is something that is happening, involving the arrests and executions and military tribunals at GITMO for The Deep State.

You’ve all heard of The Deep State / The Cabal.

The Deep State are the thousands of satanic pedos in Hollywood and Politics who are being taken down for crimes against humanity, including child trafficking and sacrifice, stock market manipulation and much more.

But what is the plan we are told to follow? We’ve been told to pray and wait and that’s about it.

I write about what I’ve read every day for the last 12 months (and researched years before.)

It’s up to you to take what I, and others provide, and do your own research.

I have written about arrests and executions and tribunals at GITMO and many other topics.

As always, you should see posts or videos as pieces to the puzzle. Use discernment. Take what you need and leave the rest.

When I find info to be true, I will tell you it is, only after much research from multiple sources.

I will provide references or videos for you to make your own conclusions to the best of my ability.

There has been a plan in place for years to take down The Deep State (Fall of the Cabal.)

JFK knew there was a huge problem and tried to stop it; we all knew how that ended. 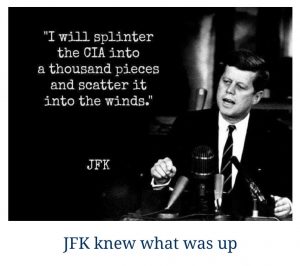 President Trump said they are only after him because he is preventing THEM from getting to us.

This post has to do with trusting a plan we know nothing about.

Q, to me, was never of interest to be honest.

I’m all for cloak and dagger suspense but it seems a bit far-fetched that something so important as taking down The Deep State would be hinted to the entire world through encrypted codes.

Millions of people are trying to find answers to what is going on in the world.

We have NEVER had this many people jump to the task of researching like we have now and that can mean only one thing…people know there is something very wrong!…ya think?!

I watched a few videos from people online such as Simon Parkes, Charlie Ward, Michael Jaco and a couple others but things just felt a bit off. I had to follow my gut and find others who resonated with me.

If the plan is in place, why are certain people (being called out as shills) allowed to give us tidbits of info without providing sources?

They say it’s top secret. Well, why are they mentioning anything then? Wouldn’t that ruin the plan?

My take on What’s going on? Who’s real and who’s not? It’s hard to say.

One thing that’s been on my mind; why has President Trump said to take the vaccine? He said the Covid Vaccine is safe and effective.

President Trump must know covid is not killing thousands of people daily.

President Trump must know covid is a fear tactic to scare people into getting this experimental vaccine, which is not a vaccine at all, but a death jab.

Who is behind the “Covid Vaccine?” Fauci, Gates, Soros, The Deep State and many others. They want to depopulate the world. 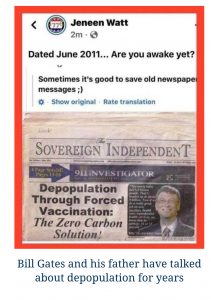 Big Pharma has silenced people if they stand in the way of billions of dollars to be made.

There are many questions and not much is adding up.

We’re told to TRUST THE PLAN but we don’t know what the plan is.

With all the crazy corruption and lies, it’s very difficult to know what is real and what is not.

Previous articleHave Your Say
Next articleThe Fight Back Begins