Turks Take The Money And Continue As Before 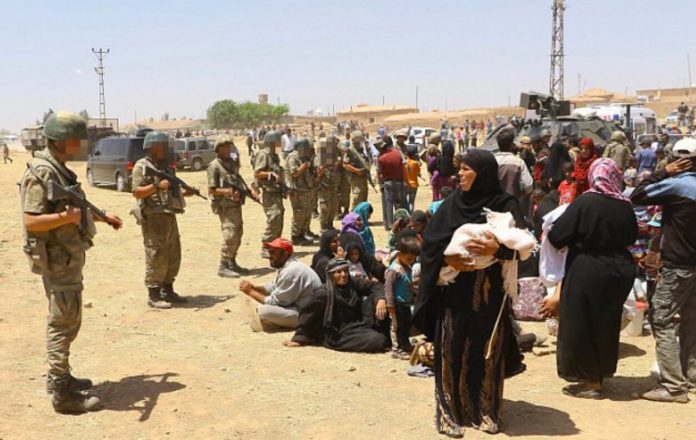 If European nations have any desire to continue to be free societies, they should be helping the Greeks stop this invasion. But they are unlikely to do so. It has been clear for quite some time that the European Union has chosen the path of civilisational suicide.

EDIRNE, Turkey (Reuters) – Turkey is deploying 1,000 special police forces along its border with Greece on Thursday to halt the pushback of migrants toward its territory, Interior Minister Suleyman Soylu said, adding that 164 migrants had been wounded by Greek authorities.

Soylu’s comments come amid a war of words between Ankara and Athens following Turkey’s decision to no longer abide by a 2016 deal with the European Union to halt illegal migration flows to Europe in return for billions of euros in aid.

Since then, thousands of migrants have rushed to the Turkish border with Greece in hopes of crossing into Europe. Ankara has accused Greek authorities of shooting dead and injuring migrants near the border. Athens has rejected this, saying Turkish police were helping migrants cross the border illegally.

Speaking to reporters in the northwestern border province of Edirne, Soylu said Greek police had wounded the scores of migrants trying to cross the border.

“They wounded 164 people. They tried to push 4,900 people back to Turkey,” he said. “We are deploying 1,000 special force police to the border system… to prevent the push-back.”…

Previous articleHave Your Say
Next articleMinimum Wage No More?

How Farmers And Scientists Are Engineering Your Food “Flavour is a re-emerging trend, without a doubt,” says Franco Fubini, founder of fruit and vegetable supplier...
Read more