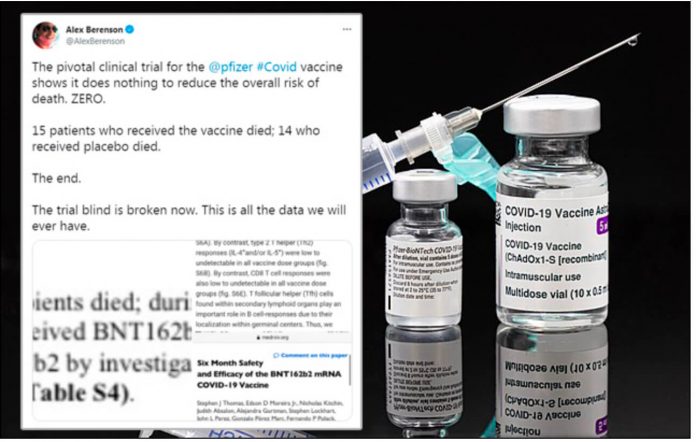 Twitter suspended the account of science writer and former New York Times reporter Alex Berenson for sharing the newly-released results of the “pivotal” Pfizer clinical trial which completely undermine the narrative of our medical establishment.

“Blocked again, for a week this time,” Berenson said Friday on his Substack. “For this tweet, which is completely accurate and does nothing but quote PFIZER’S OWN CLINICAL TRIAL DATA.” 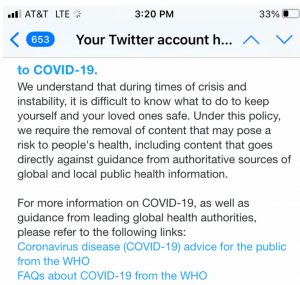 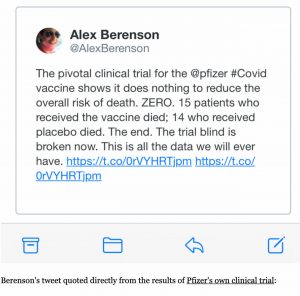 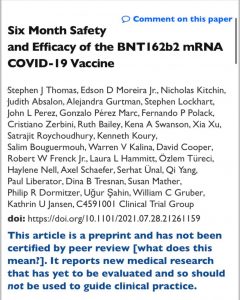 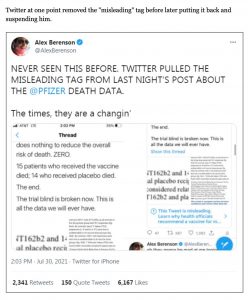 Here’s the quote directly from Pfizer:

Causes of death were balanced between BNT162b2 and placebo groups.

As tons of people who were in the placebo group went out and took the vaccine “the trial blind is broken now” and “this is all the data we will ever have,” Berenson noted. 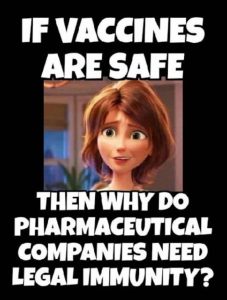