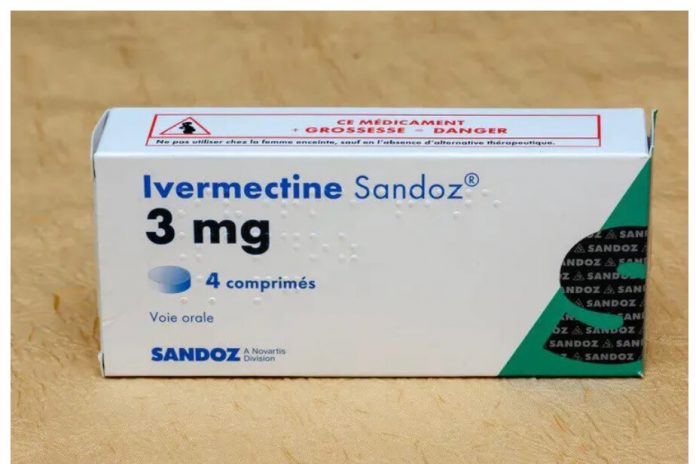 Ivermectin has been attacked by pro-vaccine interests despite it being a cheap, safe and proven medicine for COVID treatment and prevention.

Despite a mountain of clinical and test evidence showing that it really works, Big Media, Big Pharma and Big Government have stubbornly fought its use.  Its use in a number of countries, notably India, has proven its effectiveness against COVID.  Here are recent stories of its successful use worthy of serious attention.

Most work on IVM has been on its early use when a person first gets COVID, because of its positive impact on the initial virus replication stage of the infection.  If you get stricken with COVID and are seriously ill your doctor and hospital will not provide ivermectin.  But several cases have shown that courts can force hospitals to allow IVM use.

As the following examples show it has been found life-saving for critically ill, hospitalized patients with little chance of survival when government approved protocols are used.  Yet hospitals have stubbornly refused to use IVM even when patients or family members have strongly requested its use as patients face probable death.  In response to this awful situation, some gutsy people have used the judicial system to get hospitals to do what is justified by medical science, save lives by using IVM.

In Illinois it took a court to force a hospital to capitulate to family demands to give a very sick elderly patient IVM.  The hospital used the approved ways to treat the patient without success.  These included the proven unsafe and very expensive drug remdesivir, intubation and ventilator use for a month in the ICU.  None of it worked and the patient was given only a 10 to 15% percent chance of surviving.

Sun Ng, 71, who was visiting the United States from Hong Kong to celebrate his granddaughter’s first birthday.  He became ill with COVID-19 and within days was close to death.  He was hospitalized on Oct. 14 at Edward Hospital, in Naperville, Illinois.

Recognizing that her father was facing death, Ng’s only child, Man Kwan Ng, with a doctoral degree in mechanical engineering, did her own research and decided that her father should take IVM.  But the hospital refused to administer IVM and denied access to a physician the family located who was willing to administer it.  This is typical of virtually all US hospitals.

Frustrated and seeing her father near death, the daughter went to court on her father’s behalf and on Nov. 1 Judge Paul M. Fullerton of the Circuit Court of DuPage County granted a temporary restraining order requiring the hospital to allow IVM be given to the patient.  And just like many other cases in the country, this hospital refused to comply with the court order.  But the daughter and her attorney refused to give up.

At a subsequent court hearing on Nov. 5, Fullerton said one physician who testified described Sun Ng as “basically on his death bed.”  The judge was informed IVM can have minor side effects such as dizziness, itchy skin, and diarrhea at the dosage suggested for Ng.  And the judge said that the “risks of these side effects are so minimal that Mr. Ng’s current situation outweighs that risk by one-hundredfold.”

The judge issued a preliminary injunction that day directing the hospital to “immediately allow … temporary emergency privileges” to Ng’s physician, Dr. Alan Bain, “solely to administer Ivermectin to this patient.”  As of several months ago, Dr. Bain had treated over 40 patients with IVM.  But the hospital resisted the order on Nov. 6 and 7, denying Bain access to his patient.  But the fight continued.

An emergency report was filed with the court on Nov. 8 and Fullerton heard from both sides. The judge admonished the hospital and restated that it must allow Bain inside over a period of 15 days to do his job.  Then the hospital filed a motion to stay the order but judge Fullerton denied it, again directing the hospital to comply.

The hospital finally gave in.  Ng showed signs of improvement almost immediately.  He passed a breathing test that he hadn’t been able to pass in the prior three weeks, looked more alert and aware.  The first dose of IVM showed immediate results and he got it from Nov. 8 through Nov. 12.  He recovered from COVID-19 and was discharged by the hospital on Nov. 27, some six weeks after admission.

The drug “most definitely” saved the elderly patient’s life “because his condition changed right immediately after he took ivermectin,” said the attorney.  Also recommended was that family members “find ivermectin themselves” and have it on hand “and use it when someone starts to develop symptoms.”  Great advice.

The attorney in this case was Kirstin M. Erickson of Chicago-based Mauck and Baker.

Ivermectin was also at the center of three successful court cases in three upstate counties of New York involving hospitalized COVID patients – 65, 80 and 81 years old.  All were given the drug under court order and recovered and were discharged.  They were against hospitals in Buffalo, Rochester, and Batavia, N.Y.  As in the Illinois case, the three patients were in ICUs and on ventilators when given IVM and had little chance of living.

The attorney for these cases was Ralph Lorigo.  Not surprisingly, as he has helped many families, with about 40 similar cases nationwide, he was the subject of an article titled “Ralph Lorigo has built a potentially lucrative brand as the go-to guy for desperate people willing to buck science in the pandemic’s fourth wave.  Now doctors are speaking out.”

As he has succeeded in getting courts to overcome hospital stubbornness, some physicians have spoken out against him.  A law website said this: “Hospitals reeling from surging Covid-19 cases are facing a new pandemic battle: lawsuits from guardians of patients on ventilators demanding treatment with ivermectin.”

Lorigo has become a much in-demand attorney for people across the country desperate to force hospitals and doctors to give dying loved ones IVM to do what the approved protocols have failed to do, namely save the lives of extremely ill COVID patients.  In courts he has had to combat the mistaken beliefs of doctors and hospitals that IVM is not effective against COVID.  The situation is stacked against lawyers but sometimes courts have gone against the medical establishment.

Lorigo said his cases were the result of “legitimate disputes” between hospitals, doctors and families, and called hospitals “arrogant” in the matter. “They only stick to their protocols,” he said. “It’s like they think they’re gods. They wear white coats, but they’re not God.”  Absolutely correct.

The attorney has not always succeeded in saving lives with IVM.  A Texas case sadly had a 74-year-old man die amid his family’s push for the hospital to give him IVM.  Pete Lopez’s family said he was previously prescribed IVM at a VA hospital, but was admitted before he was able to take it.  The family sought a court order against Memorial Hermann in Sugar Land, Texas.

Lopez had battled his COVID infection for almost a month and was put on a ventilator.  His family won a court order for the hospital to treat him with IVM but the hospital refused to administer the drug.  And so, Lopez died.  In this pandemic, hospitals to a large extent are killing machines.

Lorigo and other attorneys have to fight the notion that IVM is “unproven.”  But medical science is on their side.  There really is a mountain of medical evidence that lawyers can use in courts.  One important example is a published medical 2021 study of patients hospitalized with confirmed severe acute COVID respiratory syndrome at a four-hospital consortium in South Florida.  There were 280 patients with 173 treated with ivermectin and 107 in the usual care group.

Analysis showed statistically significant lower mortality rates in the group treated with IVM as compared with the group treated with usual care: 15.0 percent vs 25.2 percent, respectively.  That is a big reduction in deaths.  The article noted: “Interpretation: Ivermectin was associated with lower mortality during treatment of COVID-19 patients, especially in patients who required higher inspired oxygen or ventilatory support.”

All this explains why good judges have made the correct decision to give dying COVID patients a chance of surviving by letting them get IVM.  Perhaps judges are paying attention to the huge number of COVID deaths of Americans, now approaching 800,000.  Sounds like the medical establishment is not doing all that good.

Ivermectin is truly a miracle drug.  I had had COVID-19 for a day when I decided to take it.  The virus was gone in 24 hours.  Yes, ivermectin and vitamins turned the deadly, run-for-your-life, lock-down-the-economy, mask-up-for-life, vaccinate-or-die COVID-19 into a minor common cold.  And then it was gone in a day.  Ivermectin made my bout of COVID-19 so mild, I never missed a day of work.”

“And lest you think I got a mild case, on the first day I had a fever, chills, a bad cough, mucus filling my lungs, awful pain in every muscle of my body, terrible exhaustion, and I lost my sense of taste.  Sound familiar?  It’s every symptom of COVID-19.  I took two tests just to be certain.  I tested positive twice.  One day of ivermectin and it was gone. No one ever knew.  Until now.”

He also noted: “My treatment was pretty much exactly the same as that used by Joe Rogan and NFL quarterback Aaron Rodgers.  Ivermectin plus mega doses of vitamins.  The outcomes were the same, too.  Ivermectin works like magic.  It’s inexpensive.  I never experienced any side effects.  I thank God for ivermectin and mega doses of vitamin C, D3, zinc, quercetin, selenium, lysine, melatonin, garlic, liquid silver and probiotics.”

He added this: “No one has to fear COVID-19.  No one has to be forced to take an experimental vaccine.  No one ever has to choose between the vaccine and his job ever again.  We have a miracle drug and a wonderful vitamin regimen that works fantastically.  I’m exhibit A.  Hey, liberals, are you listening?  Have your heads exploded yet?  Ivermectin works.  It’s cheap, it’s effective and it has no side effects.  India used it to make the worst COVID-19 outbreak in the world disappear almost overnight.”

IVM is not just coming; it is here and some great front-line doctors are using it successfully, including successful protocols of Dr. George Fareed and Dr. Brian Tyson.  But most of the medical and public health establishment refuses to follow medical science and keeps letting hundreds of thousands of Americans die from COVID unnecessarily.

Their government approved protocols and mindless advocacy for vaccines, that clearly have not worked well enough, spell death for very ill COVID patients.  And it keeps many people from using IVM as an early treatment and preventive medicine.