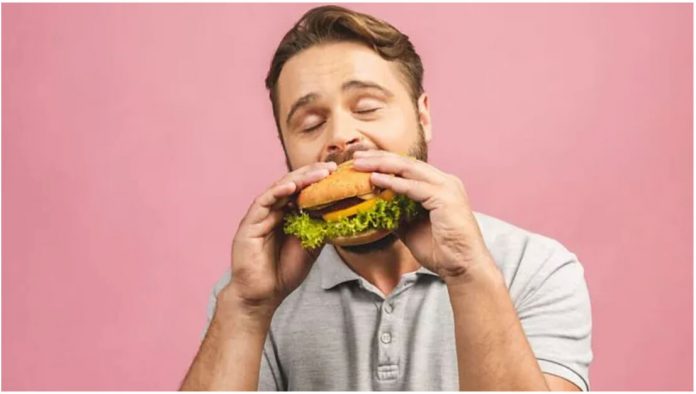 How Ultra-Processed Food May Affect Your Brain

The way ultra-processed foods may affect the brain has caused concern among some health experts. They suggest brain changes caused by eating a diet high in these foods can make cutting down on them difficult, especially for younger people.

The release of the neurotransmitter dopamine in the brain creates the feeling of pleasure. It registers all pleasure in the same way, whether it’s in response to drugs, money, positive experiences or food. Neuroscientist Nora Volkow links this with our basic instinct for survival: “For most of evolution, food was scarce”, she says, so you needed this motivation to survive.

The highs of dopamine release from food are lower, and the speed slower, than with many known addictive substances such as drugs. Although this means food is less addictive than them, the accessibility, convenience and low-cost of it makes it difficult to avoid.

Research shows some foods, particularly those high in fat and sugar (as many ultra-processed foods are), stimulate a greater sense of reward than others. This can lead to a “dietary pleasure trap”, according to psychologist Dr Douglas Lisle, as your biological instincts tell you “to seek the most pleasure for the least pain and the least effort”.

Dopamine may also interact with the neurotransmitter glutamate, which plays a role in habit learning, craving and relapse.

In a BBC documentary, Dr Chris van Tulleken ate 80 percent ultra-processed foods for a month – the same percentage as a fifth of the population eat, according to research. Over the four-week experiment, an activity scan of his brain showed areas responsible for reward linked with areas that drive repetitive, automatic behaviour. “These were connections that weren’t there before”, he said, adding it is a similar response to that expected of someone taking addictive drugs, such as alcohol or cigarettes. The changes lasted for more than six weeks after the experiment ended.

The above image (left) shows van Tulleken’s existing brain connections in blue. New connections, in red, were made during a month of eating a diet high in ultra-processed foods. On the right is a 3D representation showing the new connections made during the experiment. The larger area at the front of the brain, the prefrontal cortex, is known for reward-based decision-making, and the small area at the back, the cerebellum, is involved with automatic behaviours, according to van Tulleken.

Repeated frequent consumption of these highly rewarding foods can cause a loss of ability to “control the strong urges” to eat them. The more you trigger dopamine, the less impactful it will become, and the more of the food you will need to sustain the same enjoyment, according to Dr Lisle.

Dopamine production even starts to increase when you are looking at, smelling, hearing or thinking about the food, according to Volkow, and this enhances your motivation to eat it. “Dismissal of addiction and obesity as problems of self-control ignore the fact that for us to be able to exert self-control, we require the proper function of the areas in our brains that regulate our behaviours”, says Volkow.

Recent research from Imperial College London (ICL) found British children get 60 percent of their calories from ultra-processed food, and for one in five it rises to 78 percent.

Some researchers suggest adolescents are more vulnerable to the effects of ‘rewarding foods’. This is because their brain’s ability to assess risks, and control behaviour, continues to develop until the age of about 25. Also, there is evidence dopamine is particularly abundant during adolescence, so the brain rapidly learns about rewards.

The ICL research highlights that eating patterns established in childhood may continue into adulthood.

Does All This Matter If The Food Is Nutritious?

The term ‘ultra-processed food’ “is part of an active area of debate amongst scientists”, according to the Food and Drink Federation’s Chief Scientific Officer, Kate Halliwell. She says some studies suggest the focus should be on the nutritional balance of our diet rather than the level of processing.

Van Tulleken’s hunger hormone increased by 30 percent during his experiment, which may have encouraged over-consumption.

Previous articleVaccine Anyone?
Next articleHave Your Say