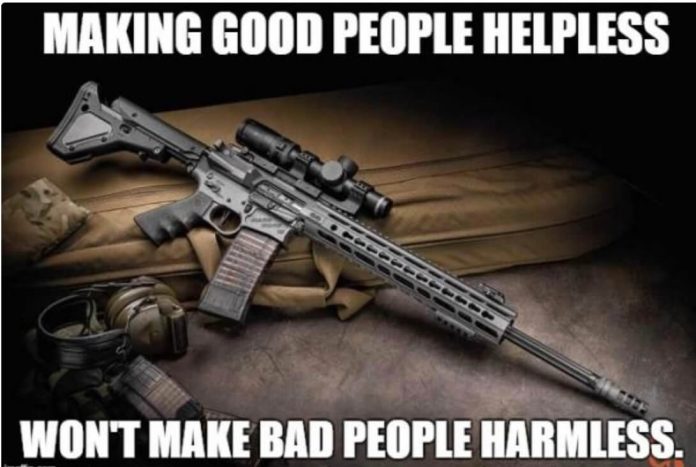 It is particularly bad news that the maniac who killed 10 people at the King Soopers grocery store in Boulder yesterday does not fit the preferred white male oppressor profile. His name is Ahmad Al Aliwi Alissa, age 21.

This compounds the tragedy because every terrible event is exploited by the Democrats who run the government/media to advance their pernicious agenda. In contrast to the Atlanta violence, they can’t use this to expand cultural Marxism by pretending white supremacists are killing Asians. So they will use it for something worse: an attack on our fundamental right to defend ourselves.

Sen. Chris Murphy (D-Conn.), one of the staunchest gun control advocates in Congress, said America must use the Boulder atrocity to take its stand against gun violence. …

“Action is needed now to prevent this scourge from continuing to ravage our communities.”

Democrats don’t like it that we peasants have the independence afforded by cars. If pricing them out of our reach by mandating electric vehicles doesn’t do the trick, maybe they will propose banning them outright. Every time there is a pileup on the highway, they will squawk about the immediate action needed to prevent our imperiled communities from being ravaged.

Anyone motivated to go on a shooting spree will acquire a gun, legally or otherwise. There are close to half a billion guns in the USA, and close to 9 billion rounds of ammunition. Even if Democrats become powerful enough to implement the door-to-door searches they no doubt fantasize about, guns and ammo will always be available on the black market.

A single armed law-abiding citizen might have cut short the bloodbath before so many were killed. Democrats want a world where Ahmad Al Aliwi Alissa and Robert Aaron Long have guns but we don’t. That will make us more likely to cling to the skirts of Big Government for protection.

Democrat gun-grabbers hardly waited for the bodies to stop twitching, much less for an investigation to determine what happened and why, but it appears the cause of the bloodshed was the same in Boulder as in Atlanta; to wit, Ahmad Al Aliwi Alissa is crazy as an outhouse rat and should have been locked up in a mental asylum. He reportedly believes that “racist Islamophobic people” have been hacking his phone. Given our limited information, paranoid schizophrenia is the most likely diagnosis.

However, the actual cause of the violence is not something Democrats are likely to discuss, because that would not advance their agenda.

Meanwhile, someone went berserk at a hookah lounge in Detroit, wounding eight, leaving three in critical condition. But this is not big news because a knife was used instead of a gun, and Democrats do not want to confiscate our knives — yet.

Previous articleDeaths From Chinese Virus Vaccine
Next articleHave Your Say

The Killer in the Bloodstream: the “Spike Protein” Has there ever been a greater threat to humanity than the Covid vaccine? By Mike Whitney “From the beginning Covid...
Read more
Leftie Stupidity

Here’s a better choice for the new movie. This actress would play the role much more convincingly. She has these qualities: Second rate at her...
Read more
Leftie Stupidity

Should Trans women be able to compete with normal Women in sport? My answer is no. There is far too much medical evidence to quote...
Read more