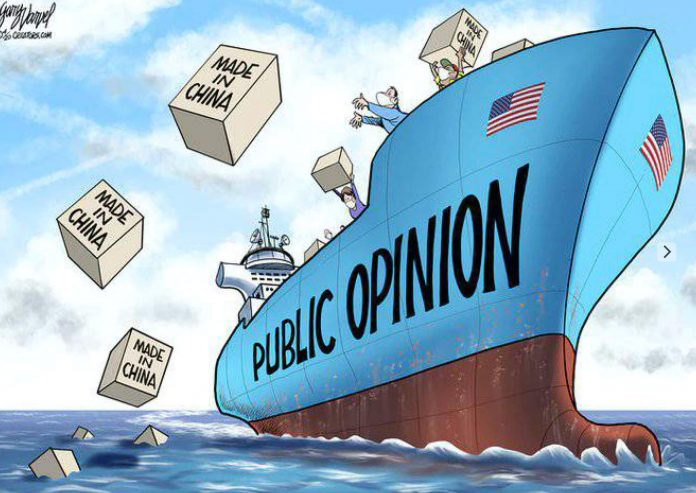 A slew of companies operating in the United States have been discovered by the Department of Defence to be owned or controlled by the People’s Liberation Army.

According to Reuters, the list names 20 firms, some of which are already under American trade restrictions.

Companies found to have ties to China’s PLA include several telecommunications giants, a surveillance company and even an airplane manufacturer.

While President Donald Trump’s administration is now seeing even more of China’s unfair practices, the White House did not immediately lay out what steps would be taken to hold the companies accountable.

Two of the businesses listed, Huawei and Hikvision, are already under restrictions after national security concerns landed both on the U.S. Entity List last year.

The Entity List is essentially a trade blacklist that gives the government power to hinder companies working against American security interests.

For Huawei, its placement on the list jeopardized a key component of its business model — dealings with American companies.

It’s unclear what the PLA’s role is in these companies.

A bombshell investigation from last June found that the Chinese military worked on research projects with the telecom company.

The company is behind 5G networks around the globe, stretching from China to the United Kingdom. Cell phones manufactured by Huawei were at one time a popular choice for many, and the devices can still be found in America.

One unsettling possibility is that the PLA, and by extension the central communist government of China, could use Huawei’s expansive network and infrastructure to conduct espionage and control the flow of data.

CEO Zhengfei has denied that Huawei spies at the request of the Chinese government.

Despite his assurances, many remain skeptical about the company’s intentions.

The sheer number of companies found by the Trump administration to be working under or with the People’s Liberation Army is a reminder that China is willing to bend rules and break conventions to undermine others.

As America continues to decouple from China following the communist powerhouse’s role in the current pandemic, Chinese companies will likely pose a greater danger now than ever before.