‘Unethical’ And ‘Totalitarian’ Use Of Fear 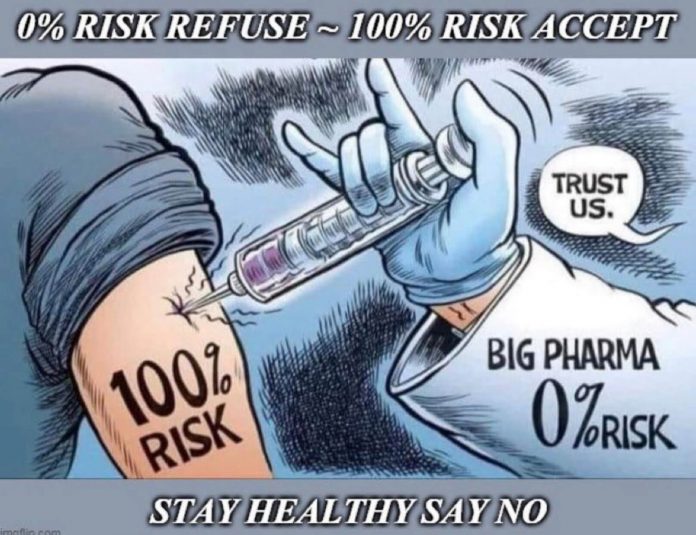 For almost a decade I’ve been publishing articles on the reality that psychology and psychiatry are being exploited on a mass scale to encourage social changes. Personally, I think the best term for this is social engineering because I like what engineers do.

Engineers design complex systems for specific purposes to withstand specific stressors. That’s what this is. A complex social system designed to manufacture consent for a world governed by increasingly inhumane and controlling. To survive it must maintain a base level of public support. It must be able to withstand the stress of any social movements which threaten this order.

It’s not very cosmic, I know. What’s cosmic is realizing that we’ve all incarnated here on earth at this moment in time to deal with it. But that’s another story.

Now, I have three kids and I can’t get them to agree on what flavor of ice cream to buy. So what does it take to get a nation of 330 million people on the same page? Or a world of billions?

It takes an understanding of human psychology. And fear. It takes lots of fear.

In September of 2020 we reported on the fact official UK Covid response was being steered by a privatized public policy organization, The Behavioral Insights Team, which is affectionately known as the ‘Nudge Unit.’ In a nutshell, it’s job is to make things like standing six feet apart at the cue in Wal-Mart seem life-saving, necessary and normal.

They are pretty good.

Now recently, The Telegraph reported on revelations that members of the Scientific Pandemic Influenza Group on Behaviour have openly admitted that their work in using psychology to influence the public Covid reaction was ‘unethical’ and ‘totalitarian.’

Oh really? Arresting grandma at a park bench on a sunny afternoon is totalitarian? No way.

Below is a long quote from that article. It’s relevant because you need to break free from the notion that the choices we are being given right now reflect an honest assessment of the situation, and therefore equal a logical and healthy response. We don’t have to accept the idea that life itself depends on an experimental vaccine. We are capable of making rational decisions, uninfluenced by fear and peer pressure. That’s the kind of thing adults get to do. 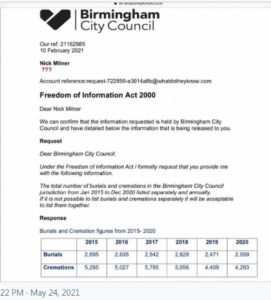 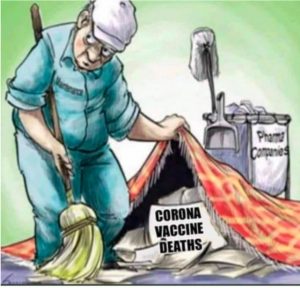 “Scientists on a committee that encouraged the use of fear to control people’s behaviour during the Covid pandemic have admitted its work was “unethical” and “totalitarian”. Members of the Scientific Pandemic Influenza Group on Behaviour (SPI-B) expressed regret about the tactics in a new book about the role of psychology in the Government’s Covid-19 response.

SPI-B warned in March last year that ministers needed to increase “the perceived level of personal threat” from Covid-19 because “a substantial number of people still do not feel sufficiently personally threatened”.

Gavin Morgan, a psychologist on the team, said: “Clearly, using fear as a means of control is not ethical. Using fear smacks of totalitarianism. It’s not an ethical stance for any modern government.”

Mr Morgan spoke to author Laura Dodsworth, who has spent a year investigating the Government’s tactics for her book A State of Fear, published on Monday.

SPI-B is one of the sub-committees that advises the Scientific Advisory Group for Emergencies (Sage), led by Sir Patrick Vallance, the chief scientific adviser.

One SPI-B scientist told Ms Dodsworth: “In March [2020] the Government was very worried about compliance and they thought people wouldn’t want to be locked down. There were discussions about fear being needed to encourage compliance, and decisions were made about how to ramp up the fear. The way we have used fear is dystopian. The use of fear has definitely been ethically questionable. It’s been like a weird experiment. Ultimately, it backfired because people became too scared.”

Another SPI-B member said: “You could call psychology ‘mind control’. That’s what we do… clearly we try and go about it in a positive way, but it has been used nefariously in the past.”

One warned that “people use the pandemic to grab power and drive through things that wouldn’t happen otherwise… We have to be very careful about the authoritarianism that is creeping in”.

Another said: “Without a vaccine, psychology is your main weapon… Psychology has had a really good epidemic, actually.”

Another member of SPI-B said they were “stunned by the weaponisation of behavioural psychology” during the pandemic, and that “psychologists didn’t seem to notice when it stopped being altruistic and became manipulative. They have too much power and it intoxicates them”. ~ The Telegraph

This is but a tiny piece of the whole story. Human psychology is being exploited in a wide array of creative and destructive ways to encourage specific responses to specific crisis without the engineered social system collapsing under the weight of truth and civil disobedience.

What else is in play against your mind? What other social engineering tactics are being employed to manufacture consent and obedience? Do you really believe people are thinking for themselves?

I’ll dig into this in more detail in coming articles, but for now, consider how much repetition there is in messaging, and how much open censorship of information which, “relates to a current major health crisis and contradicts, authoritative scientific consensus.”* The subconscious mind is programmed through repetition. Behavior is largely determined by the subconscious mind.

If you’re feeling pressure around the current circumstances and find yourself going along just to get along, don’t be afraid to speak your truth. Psychology can be used against you, but it can most definitely also be used for your benefit. Rationality is the antidote to fear.