You Stupid Boy
Home Leftie Stupidity UNIVERSAL BASIC INCOME. Are we next in line for this?

UNIVERSAL BASIC INCOME. Are we next in line for this? 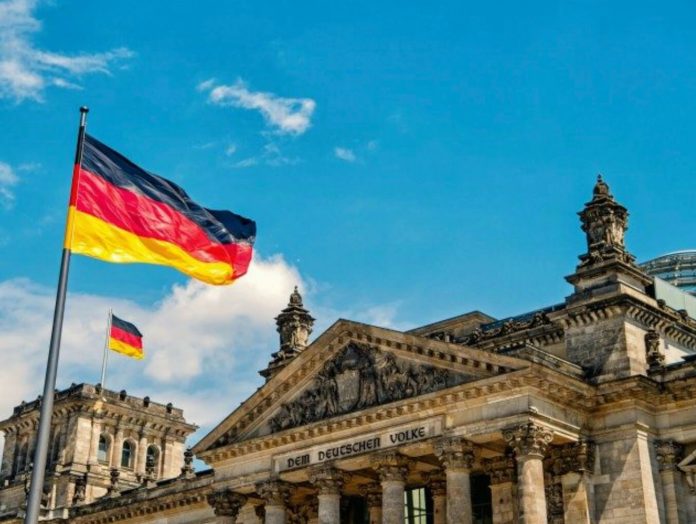 Just because this stupid socialist experiment failed in Finland doesn’t stop Merkel to force it on German taxpayers.

German researchers will give 120 people €1,200 a month for three years to see how their behaviour changes, after a study in Finland found that a similar experiment did not encourage unemployed Finns to find work.

Initiated on Tuesday, researchers began the process of opening applications for Germany’s long-term study on universal basic income (UBI), where 120 people will receive €1,200 (£1,080/$1,400) regardless of employment status or financial means.

A control group of 1,380 people in comparable life situations will not be given any money but will be monitored to examine how the UBI test subjects’ behaviour change over time. The My Basic Income association backed the project, which is funded by private donors.

German Institute for Economic Research (DIW Berlin) researcher Jürgen Schupp told Der Spiegel on Tuesday that the initiative was not merely an experiment in whether free money makes Germans happy.

“Happiness research has long since proven that more money increases well-being. But we want to find out a lot more: To what extent does such a reliable, unconditional flow of money affect people’s attitudes and behaviour — in relevant areas of life? How do, for example, professional life, daily structure, commitment, diet, or relationships change? And how does that differ depending on age, area of ​​residence, other earnings and so on? That’s a lot of exciting and so far unanswered questions,” Mr Schupp said.

This is not the first time a European Union country has conducted research on giving citizens free money. A project in 2017 in Finland found that giving unemployed people a monthly income of €560 (£490/$634) did not encourage them to find work; however, researchers found that they did feel better than those in the control group that received no money.

However, at the start of the Chinese coronavirus pandemic, figures on the right tentatively embraced the notion of a temporary UBI as countries went into lockdown and businesses began furloughing staff. In March, Brexit Party leader Nigel Farage called for “helicopter money” of £1,000 to be paid to every adult for three months, fearing that 11 million Britons without a fixed income would suffer. The United States passed similar legislation that month.

The UK did not go down that route, instead opting for the Coronavirus Job Retention Scheme, where employers could claim back from the government 80 per cent of their staff’s wages if they were put on furlough due to the pandemic.

Several European countries followed a similar route of furlough payments. Germany is reportedly planning on extending its furlough scheme for two years, at an estimated cost of €10billion (£9bn/$11.9bn),

The UK’s scheme is set to end in October and has cost some £35 billion. Last month, Prime Minister Boris Johnson told Britons it was time to go back to work, saying: “It’s very important that people should be going back to work if they can now. I think everybody has sort of taken the ‘stay at home if you can’ — I think we should now say, well, ‘go back to work if you can’.”

Analysis from Morgan Stanley’s research unit AlphaWise found earlier this month that compared to Germans (70 per cent), Italians (76 per cent), the French (83 per cent), and the Spanish (73 per cent), British white-collar workers were the most reluctant to return to the office (34 per cent). Only just over half (52 per cent) of all British workers have returned to work, compared to around three-quarters of Germans, Italians, and Spanish, and 83 per cent of the French.

The economic cost of the pandemic is already being felt in the UK, with the country going into recession for the first time in 11 years.