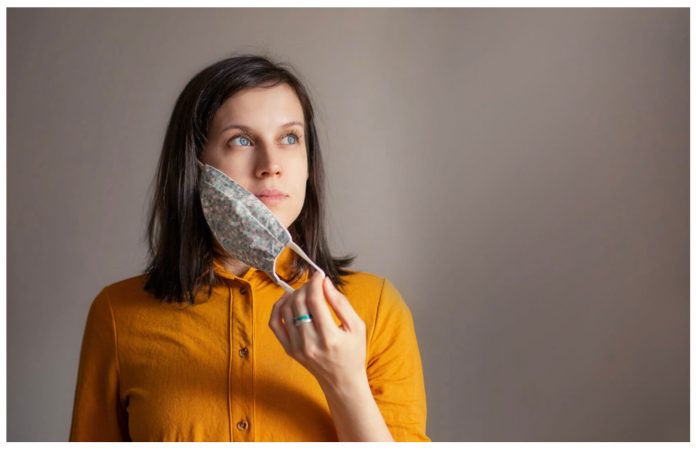 Imagine extraterrestrials appeared one day and told us puny earthlings that they were going to haul away a small percentage of our oldest and sickest people forever and that another larger group of us would feel unwell for a few days or a few weeks. Then poof! they disappeared and what they foretold came to pass.

I, for one, would not be happy about the situation but I wouldn’t blame the government for the dreadful turn of events because obviously it would be out of anyone’s power to do anything about the situation. The only thing that would anger me would be if government officials and their paid astrophysicist lackeys pretended that they could combat the extraterrestrial scourge when, in fact, they possessed no way of countering the superior alien technology.

Isn’t that analogy pretty close to what happened this year, except the aliens came from a Chinese wildlife market, or a CIA-funded lab, or wherever and the government lackeys were epidemiologists, people who literally knew just enough about the novel (one might say alien) coronavirus to be dangerous?

After all, lockdowns, the dumbest public policies implemented in America since the New Deal, seem like they should work. If people don’t interact, they can’t get sick. That much is true, but how do you stop people from interacting? Most of us are highly social and even those who aren’t still shop or catch a show, if only occasionally. And about 63 million American households own at least one dog, beloved pets almost as social as we are that must be walked daily in urban areas where encounters with other dogs and dog owners are well nigh inevitable.

Without impossibly restrictive total self-isolation for weeks, the coronavirus could spread and bide its time, so to speak, until societies reopened, as they eventually had to. So at best lockdowns merely delayed the inevitable, spiking first here, then there, and now even in western South Dakota and Wyoming. Once that realization finally sank in, government scientists switched mantras and began demanding various social distancing measures, including remaining at least six feet from other people, washing one’s hands like a sufferer of OCD, and, most ominously of all, wearing a mask.

As the sundry shelter-in-place orders inevitably gave way, the same government officials who bade our faces to go bare in March and April replaced them with mask mandates. Although less detrimental to the economy than lockdowns, masking may turn out to be even more deadly.

Like lockdowns, social distancing seems like a winner, on paper. The real world, though, is messy. People wash their hands wrong or spew germs all over during the drying process. People who cover their faces with any old rag seem immune from social and legal pressure to mask up although even the most sanguine scientists admit that only certain masks work, and only if properly worn and maintained. And I have yet to see a proper rebuttal of the notion that to the extent that any given mask works to stop the spread of the virus it puts the wearer at greater risk through reinhalation or eye exposure of expelled virals.

Strangely, no social or legal pressure at all is placed upon people breaking the six foot barrier by ignoring the floor signs in Walmart and I recently discovered why. When trying to locate the Mrs. Campbell’s Chow Chow (a delish Southern condiment) recently, a woman got closer to me than I would have been comfortable with pre-pandemic. I pulled out my Lynyrd Skynyrd “excuse me … give me three steps” only to be informed it was “okay” because we were both wearing masks. I didn’t have the heart to tell her that my mask leaks like a sieve and that I felt rather peaked.

So there it was, in all its glory, the Peltzman Effect that occurs when humans respond to increases in safety measures by taking greater risks. I was doing the coronavirus equivalent of playing “chicken” with a stranger and we were both in automobiles with faulty airbags we thought were good. (Worst of all, Walmart was out of Chow Chow again!)

Maybe I am a perfectionist and masks work “good enough” to slow transmission of the novel coronavirus, to get us below that magical R0 of 1. To the extent that is true, however, masking is setting us up for a very bad flu season. See, that lady and I should have exchanged germs, a bunch of them. I know that sounds super gross — I am sick just thinking about it — but that is how our immune systems work. I give you a smidge of this and you give me a tad of that and we both go our merry ways without a thought. Later, you might sneeze once or twice and I feel a little queasy but our healthy bodies fight it off and essentially learn how to combat novel or alien (to us anyway) nasties. Everybody is better off due to our exchange, too, because we won’t later get sick or spread that particular germ.

The immunological details are complicated so I’ll invoke some analogies. Living too cleanly has imposed costs on us. Turns out that the rise in asthma in recent decades is due directly to keeping our youngin’s out of the barn. The best way to keep kids from getting asthma is to expose them at an early age to furry animals. I’m not kidding! It’s likely because we co-evolved with cats and rats, dogs and hogs, cows and sows.

Kudos if you can figure out the best way to keep your children from developing food allergies. Yep, feed them peanuts and eggs as soon as their little mouths can handle them. (Keep everyone away from the green ham though.)

Similarly, if some helicopter parents were to keep their children in a germ-free bubble, like the poor Bubble Boy, they would sentence their offspring to death because as soon as the children came out of the bubble they would be inundated by germs that their bodies would not be able to handle. The immune system is like muscle in the sense that it atrophies when not put to use. Right now, to the extent that masks effectively block the transmission of germs, we are all essentially walking around with wheelchairs on our mouths, immunological crutches that are making us weaker and more vulnerable by the day. And no, Karen, the solution is not to force people to wear two masks.

In short, our hellish summer of masks may trigger a hellish season of flu. If it does, we should all be allowed to spit in the mouths of the local officials who mandated masks — for their own good, of course. And yes, I mean that tongue-in-cheek.

Previous articleHave Your Say
Next articleWill he lie to mummy?