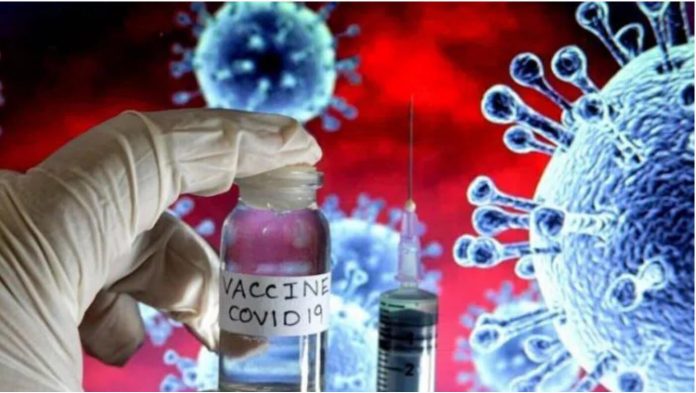 A top Swedish physician has warned that patients are now beginning to show symptoms of rare and unusual cancers following the Covid jab rollout.

Dr. Ute Kruger is based at the regional hospital in Kalmar, Sweden. In a new interview with the Norwegian Association of Doctors and Health Workers, Dr. Kruger sounded the alarm at the disturbing rates of aggressive cancers she is now seeing.

Dr. Kruger, who has worked in pathology for 25 years and 18 years in breast cancer diagnostics, has studied 8,000 autopsies and is now convinced of the link between vaccination and death, to say nothing of her conviction that many of her medical colleagues continue to deny these links.

“The vaccines against Covid-19 appear to trigger fast-growing cancers, or porocarcinoma (a type of skin cancer) and also inflammatory conditions in the body, so-called auto-immune diseases,” said Dr. Kruger. “Maybe this cancer development is linked to the inflammatory conditions. I’ve talked to other pathologists who are seeing an increased number of tumors that were hardly ever seen before. I mean rare tumors, and that the number of cancer cases has increased in different organs.”

This is certainly true for a retired doctor from Edmonton, Canada. This man in his 80s, previously healthy, has recently been diagnosed with prostate cancer. “I had my third dose late last year,” he says. “I was cancer-free before that. I suspect a link between these events because it seems more than coincidence that my son was given the same diagnosis late last year. This was followed by my daughter, who had a mastectomy recently for breast cancer. So the only person out of the four surviving members of my family not diagnosed with cancer is one of my children who remains unvaccinated.”

In the U.S., Dr. Ryan Cole, an Idaho-based pathologist, confirms Dr. Kruger’s findings. “As a pathologist, I see patterns all day long. After the shots rolled out, I began to see changes in the patterns of disease. I realized early on that there was immune suppression, and the T-cell memory was gone. Then, I’d normally see certain types of cancers, but endometrial cancer, of which I’d normally see two or three a month, I was now seeing two or three a week,” said Dr. Cole in a recent interview with Chris Wark. “The T-cells that normally keep cancer in check were no longer there. There are certain types of cancer that are appearing quicker and more aggressively and at a higher rate in younger ages compared to what I’ve seen in almost three decades of doing this.”

Not only is Dr. Kruger seeing a change in the types of cancers, but she also sees a problem with the autopsy process, which would allow these changes to become apparent. “I see three big problems concerning autopsies,” she says. “The first is incorrect and incomplete information from the clinics. For example, whether the patient was vaccinated or not.”

Dr. Kruger has had several cases where patients were designated unvaccinated on the autopsy referral and were subsequently discovered to have been vaccinated.

“Another problem is that many of my colleagues in pathology do not take it for histological examination,” she says. This means that pathologists are not taking tissue for microscopic analysis, which would determine if there were inflammation issues around the vessels. These inflammation issues could in turn, be the cause of blood clots, leading to death. “The third problem is ignorance regarding the assessment of the microscopic findings,” she says. During Dr. Kruger’s interview, she walks viewers through autopsy images that show inflammation of blood vessels that caused myocarditis, hemorrhage in the lung, and the back, neck, and spine of another patient.

But just as bad is the feeling that Dr. Kruger has that “people do not want to see and interpret the changes in their context. Nobody is listening to what I’m saying, and my colleagues are even questioning my competence.”  By way of example, Dr. Kruger tells the story of a colleague who consulted her about an autopsy report. She demonstrated myocarditis and suggested that the death might be linked to Covid-19 vaccination. The colleague deemed this conclusion “way too far-fetched.”

However, the most recent statistics from the Vaccine Adverse Events Reporting System (VAERS) through July 15th indicate that very little is far-fetched, and people are dying in droves: close to 30,000 reports of death. And that’s to say nothing of the 50,647 reports of myo- and pericarditis, a further 55,540 people permanently disabled for other reasons, and 33,009 more with life-threatening adverse reactions. Results through June 18th for the comparable European database register 45,752 deaths. These numbers likely include few, if any, casualties from the aggressive and rare cancers that Dr. Kruger is witnessing because these deaths generally take longer to manifest, and the causal link is more difficult to establish the longer after vaccination that death occurs.

“The changes I’m describing that most likely are related to vaccination against Covid-19 are apparently only a fraction of what is happening in the body,” says Dr. Kruger. “I studied medicine because I wanted to help people, but now I feel like I’m just watching them being killed, and I can’t do very much about it.” Dr. Cole concurs. “Everywhere I travel, I get physicians telling me, ‘I’m seeing what you’re seeing.’ The pattern is there.” 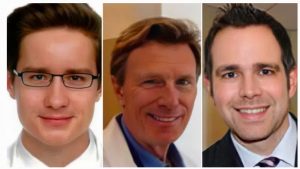 Three young doctors at Canada’s Trillium Health Partners-Mississauga Hospital died suddenly and unexpectedly in the same week. The causes of death for the three doctors have yet to be announced, however, the hospital has already stated their deaths have nothing to do with the fourth Covid shot they all received this week.

The news about the three deceased doctors was first shared by independent journalist Monique in a post that quickly went viral. According to Monique, a concerned nurse employed by the hospital shared a copy of the memo that was sent out by the hospital’s management.

According to the nurse, the three physicians died unexpectedly after the hospital mandated the fourth Covid shot for their employees and began administering the vaccination.

“Three physicians at the Mississauga hospitals have died this week,” the nurse told Monique. “1st memo Monday, 2nd Tuesday, 3rd Thursday. [The] cause of death wasn’t shared in the memo, but how many times have 3 doctors died in 1 week, days after the hospital started administering the 4th shot to staff.”

“This is in addition to the physician who worked at North York General who died this week while out running. How many more “coincidences” will people accept. These shots need to be pulled,” the nurse concluded.