You Stupid Boy
Home Leftie Stupidity Up Yours Mr President, I know Best!

Up Yours Mr President, I know Best! 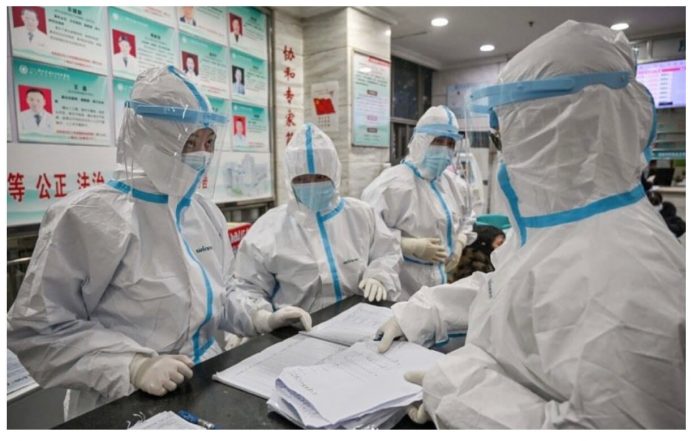 President Trump is reportedly furious after a State Department underling in Japan ignored the President’s orders and allowed Americans, sick with the coronavirus, to return to the US from Japan.  Ian Brownlee, Principal Deputy Assistant Secretary, Bureau of Consular Affairs, appears to feel he was right in overriding the President’s directives.

Ian Brownlee, Principal Deputy Assistant Secretary, Bureau of Consular Affairs, in Japan has worked in the State Department for years. Brownlee rationalized his decision to override the President and the CDC and allow individuals sick with the coronavirus to return to the US:

‘We had 328 people on buses, a plan to execute and we received lab results on people who were otherwise asymptomatic, un-ill people on a bus on the way to the airport.

‘The people on the ground did exactly the right thing…in bringing them home.’

People who had tested positive were put into isolation units on board the two cargo planes, which then flew to Joint Base San Antonio – Lackland in Texas and Travis Air Base in California.

Although officials reassured the press that the sick passengers were thoroughly contained and every precaution had been taken to ensure the safety of the healthy people onboard, reports later emerged that people on the flights had no idea they were sharing yet another even more confined space with infected individuals.

When the planes landed at their respective destinations late Sunday night, six ‘high risk’ passengers from Lackland and seven from Travis were ushered onto an additional flight to Omaha Eppley Airfield in Nebraska.

Another Deep State employee thinks he’s right and the President is wrong.  This guy, who worked for the State Department in Mexico for years, thought it was important to send individuals sick with the coronavirus back to the US where they could risk getting others sick.  His decision may cost American lives.