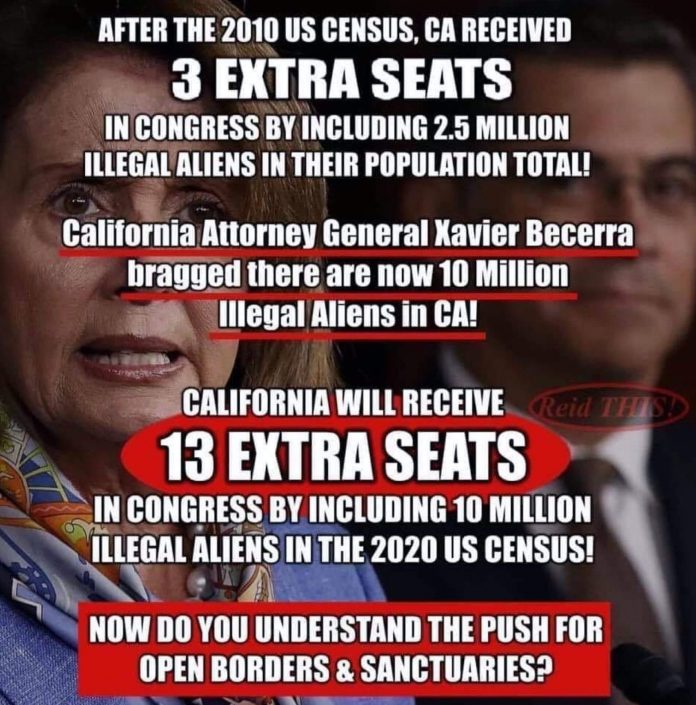 On election night, the Republican Party lost 26 seats in the House, a serious erosion but not a catastrophic one.

But two weeks later, seven races that had been called for Republicans switched and the Democrats were certified to have won. All seven were in California and no seats moved the other way — from blue to red.

The state’s Democrats engineered a massive piece of legal fraud to jimmy the results.

Here’s how they did it:

California sends ballots to every voter before Election Day, whether they request it or not. All the voter needs to do is to fill in his choices and mail the form back.

But, if the mail ballot is not received by Election Day, it can still be counted if a sealed, completed ballot is dropped off with elections officials by hand — and the voter does not have to come to drop off their ballots in person.

In 2016, California Gov. Jerry Brown opened the door to fraud by signing a law allowing anyone to drop off a ballot for another person. This gave rise to a new practice known as “ballot harvesting” in which Democratic Party canvassers visited people who had not voted on Election Day and collected their mail-in ballots and turned them in on their behalf.

This year, a record 250,000 people voted by having someone else turn in their vote-by-mail ballots.

Were the voters bribed to vote at their door (“Here’s a pack of cigarettes”)? Or were the canvassers paid more for each vote they harvested (also illegal)?

Apart from these questions, the practice of ballot harvesting makes a mockery of the idea of Election Day. Democrats have long pushed for early voting to make the franchise more convenient. But Brown’s law essentially extends Election Day for weeks if party operatives are willing to go door-to-door to harvest votes.

As a result, voters not sufficiently motivated either to turn out on Election Day or to mail in their ballots beforehand get to vote just by finding their mail-in ballots and handing them to the guy at the door.

So what the Democrats did was they looked at the Election Day returns and then targeted those districts they lost but where the margin was close enough that victory might be snatched from the jaws of defeat by a little ballot harvesting.

They flipped seven seats and now the California delegation to Congress is largely devoid of Republicans.

Couldn’t Republicans have done the same thing? Of course they could have, and they have only their lethargic and old-fashioned local party leaders to blame.

But the Democrats, by inventing ballot harvesting, have pulled a fast one and gotten away with legal fraud.

The system should be illegal. Early voting is fine, but late voting amounts to unequal protection of the laws. It gives voters who are harvested an unequal opportunity to cast their ballots. So those who vote for parties that are better organized and send canvassers around door-to-door get to have an Election “Day” that stretches into weeks.

Next time, in 2020, the Republican Party needs to get busy and set up its own ballot harvesting program. And, in the meantime, let’s work to stop other states from passing the law that Brown signed in California to allow this kind of fraud.

Previous articleHave Your Say
Next articleWhy A Vegan Burger?