Use Parler for your social media 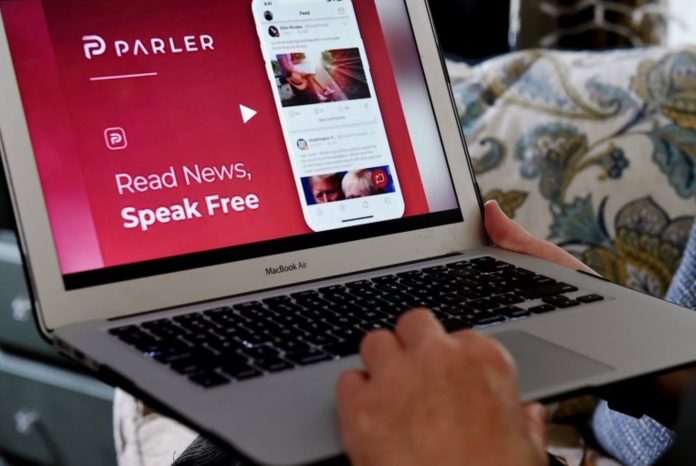 Parler CEO: Tech Overlords Are Scared That People Are Rising up Against Censorship

The CEO of Parler, the new censorship-free version of Facebook and Twitter, said this week he believes the elite are scared to death of Americans rising up to reject their assault on free speech.

“People say crazy things all the time,” and “it’s not against the law to have those opinions,” John Matze explained to Tucker Carlson.

“I always ask them, ‘What do you think of the First Amendment? Do you believe that we should have somebody in New York, let’s say in the middle of Times Square, telling you what you can and cannot say?’” Matze continued.

“Because that’s what these companies are doing,” he added, referring to Big Tech overlords Facebook, Google and Twitter.

“I don’t know why they’re so afraid. Maybe it’s because they don’t like that people are getting power again,” Matze explained.

“But it’s not against the law to have those opinions,” he warned.

“It’s not against the law to express yourself. And if you like one political candidate or another, or you believe or don’t believe in climate change,” he said, adding “you shouldn’t be taken offline because of it.”

Summit.news reports: Matze noted that his platform is “seeing is a massive explosion in growth because people trust that Parler’s going to do the right thing.”

“You’re judged by your peers just like our government allows for people. You’re innocent before proven guilty unlike these other platforms that are colluding to find things to find you guilty for,” Matze asserted.

Matze added that social media is “supposed to be about people having a free voice, being able to be liberated from restrictions.”

“That’s what we’re here to offer is a community town square for people to have discussions,” he noted.

The platform has been accused by the media of allowing ‘conspiracy theories’ to gain traction, and even of fomenting violence.

Speaking about Parler, Bret Schafer of the Alliance for Securing Democracy (a think tank dedicated to erasing any opinions that do not match their own) told The Hill that “Anytime you take a laissez-faire approach to moderation —you say ‘anything goes’ right up until actual threats of real world violence—that creates a huge space for some really problematic things to happen.”

Previous articleNo one “hates” like lefties do
Next articleHave Your Say