You Stupid Boy
Home NZ Politics Utu At Any Price?

Utu At Any Price? 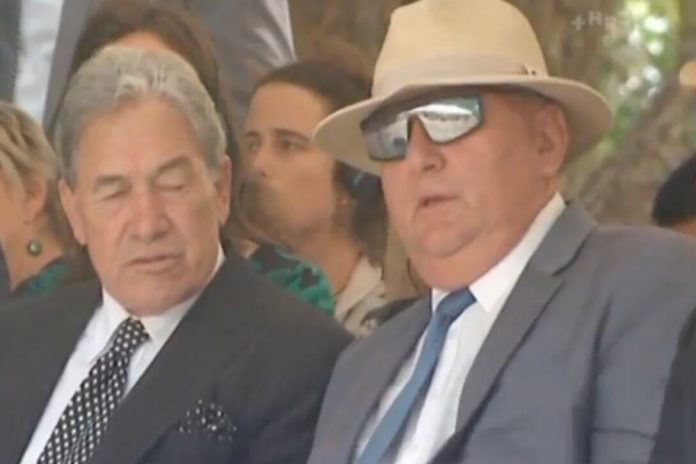 Relations between Simon Bridges and Winston Peters have gone from frosty to Arctic at Waitangi, and this might make things worse: Shane Jones has exclusively revealed to Newshub there’s a plan afoot to take down National in Northland, with him at the centre of it.

Jones, the self-proclaimed champion of the regions and boy from the north, has put in a bid with his party to run in Northland, the seat his boss Winston Peters – leader of New Zealand First – seized from National in 2015 but lost to them again in 2017.

The rift between New Zealand First and National escalated to all-out war at Waitangi on Tuesday when politicians were welcomed onto the upper marae.

And when Bridges’ speech wrapped, Peters refused to stand.

“I stood for all the waiata,” Bridges said.

The National Party leader has ruled out working with Peters after the September 19 general election. And although Peters won’t commit to taking him on in Tauranga, New Zealand First is planning an offensive in the north.

“I’m the full-blooded son of the north,” Jones, the Minister for Regional Economic Development, said.

The New Zealand First Party still needs to endorse Jones, but he confirmed to Newshub he’s thrown his fedora in the ring to stand for the Northland electorate.

“I would have gladly stood in Whangarei, however I was born and bred in Awanui, so read between the lines,” Jones added.

Awanui is squarely in Northland.

Peters won the Northland electorate in a by-election in 2015, but National seized it back in 2017 and it is currently held by National MP Matt King.

“I beat his boss, I beat Winston Peters – I’m up to the challenge,” King said.

King won the seat over Peters by just 1389 votes while Labour’s Willow Jean Prime got 8599 votes. Labour could do a deal encouraging its voters to vote for Jones.

But Ardern said she has “no plans” to do a deal this election. She said “you can bet” that Prime will be running a full campaign.

Jones ran in Whangarei at the last election, and that baton is being handed on to fellow New Zealand First MP Jenny Marcroft.

“I’ve put my hat in the ring to go through the process,” she said.

Ever since the drunken dwarf lost the Tauranga seat to Bridges all those years ago, he has nursed a hatred against Bridges.

How much of the taxpayers PGF 3 billion dollars will be used in this vendetta?

If it wasn’t so pitiful you would laugh at the drunken dwarf exhibit his hypocrisy at USING the greens leader to stand between him and Simon. Jimmy obviously doesn’t mind being Winston’s lap dog. 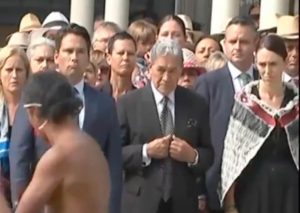 Hey Jimmy, help me out here 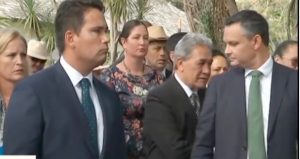 Come and keep me away from this upstart 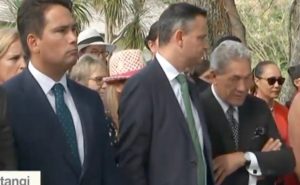 Thanks Jimmy I owe you one

Previous articleHave Your Say
Next articleSocialist Cindy Spins The Bullshit